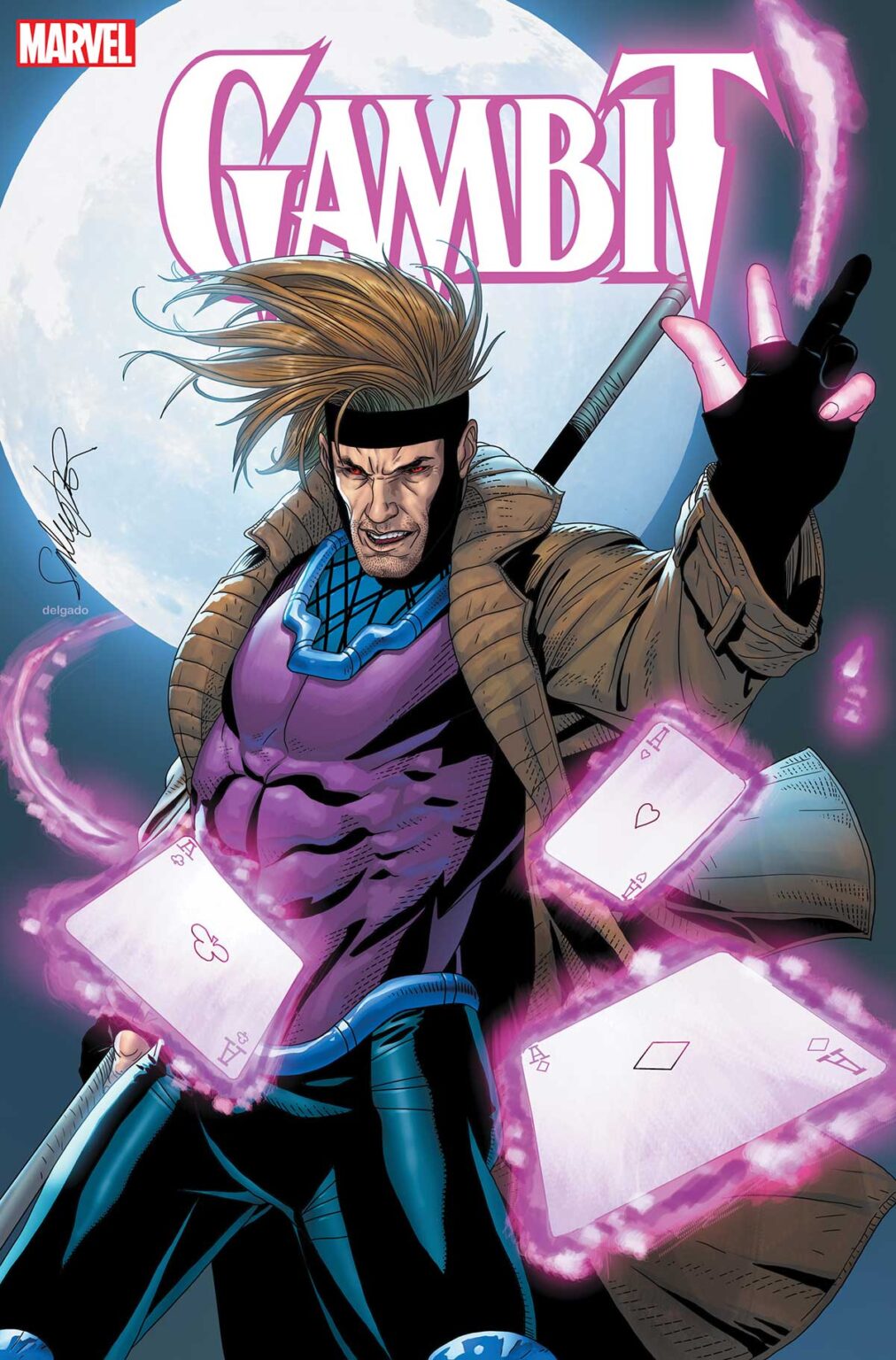 Gambit #1 arrives in July, and we have a sneak peek of the issue from Marvel Comics.

Gambit #1 is written by Chris Claremont with art by Sid Kotian. The five-issue mini-series takes a look at the time Gambit and Storm thieved their way along the Mississippi River.

The series will unearth a wide range of previously untold adventures, from a brush with the Shadow King to an array of earthbound and out of this world escapades, that gives Claremont a chance to further explore Gambit’s path to becoming a heroic X-Man as well as reveal new insights into another trademark character of his, Storm, at a pivotal moment in her history. Get your first look at this story of action, intrigue and revenge in new interior artwork and variant covers by all-star artists Salvador Larroca, Peach Momoko, Scott Williams, and InHyuk Lee!