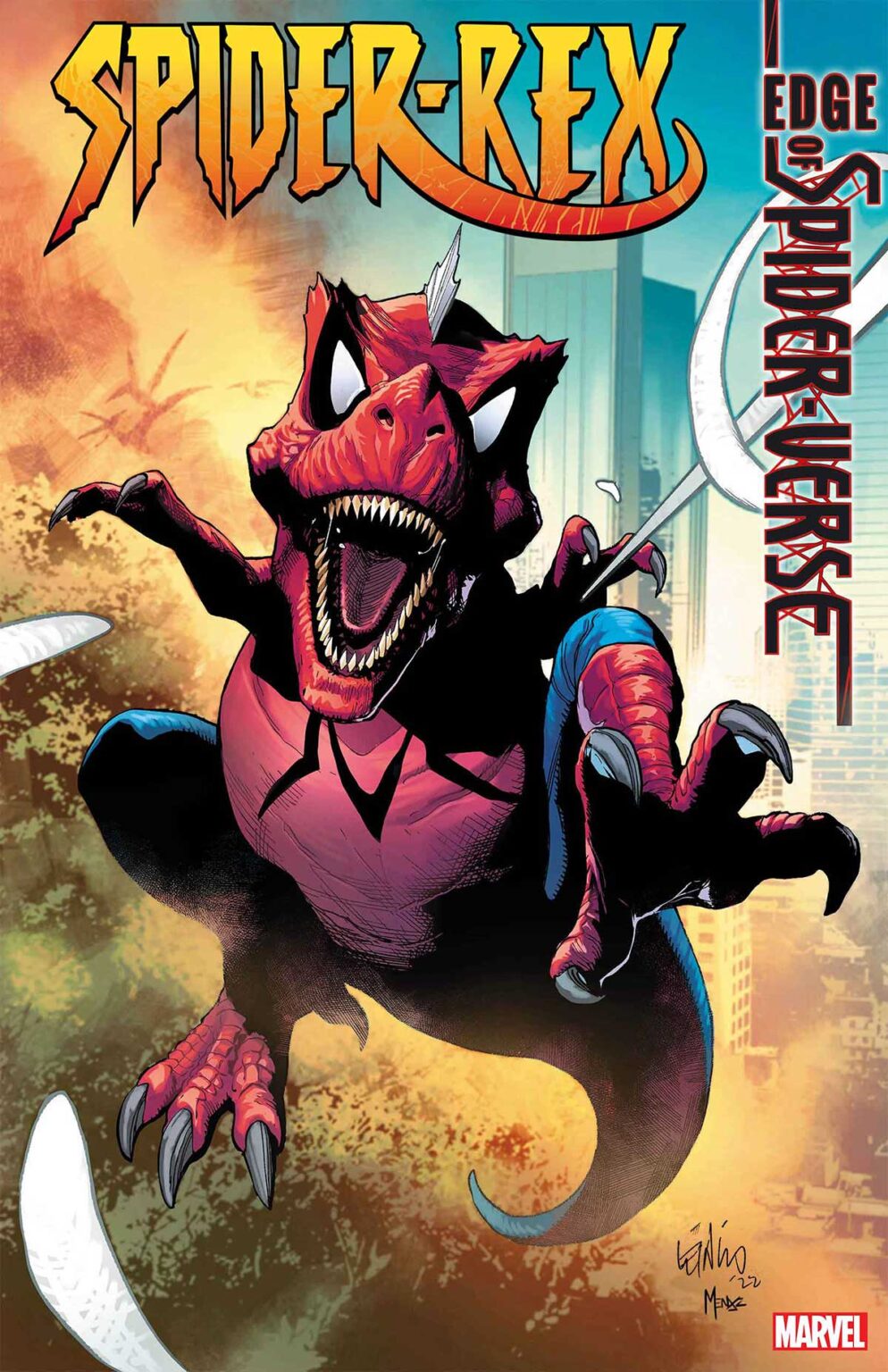 Marvel Comics has revealed the Spider-Rex variant cover for the upcoming Edge of Spider-Verse #1 by artist Leinil Francis Yu.

Edge of Spider-Verse #1 is a five-issue limited series that introduces brand new and returning Spider-heroes to the Marvel Universe including Araña, Spider-Man Noir, Spider-Gwen, and Spider-Man: India!

Each thrilling issue will contain three stories crafted by Marvel’s biggest Spider talents including an overarching narrative by Dan Slott who will lay the groundwork for the epic conclusion of the Spider-Verse later this year. EDGE OF SPIDER-VERSE #1 will see the debut of SPIDER-REX in a story by hit SPIDER-WOMAN creative team, Karla Pacheco and Pere Perez.