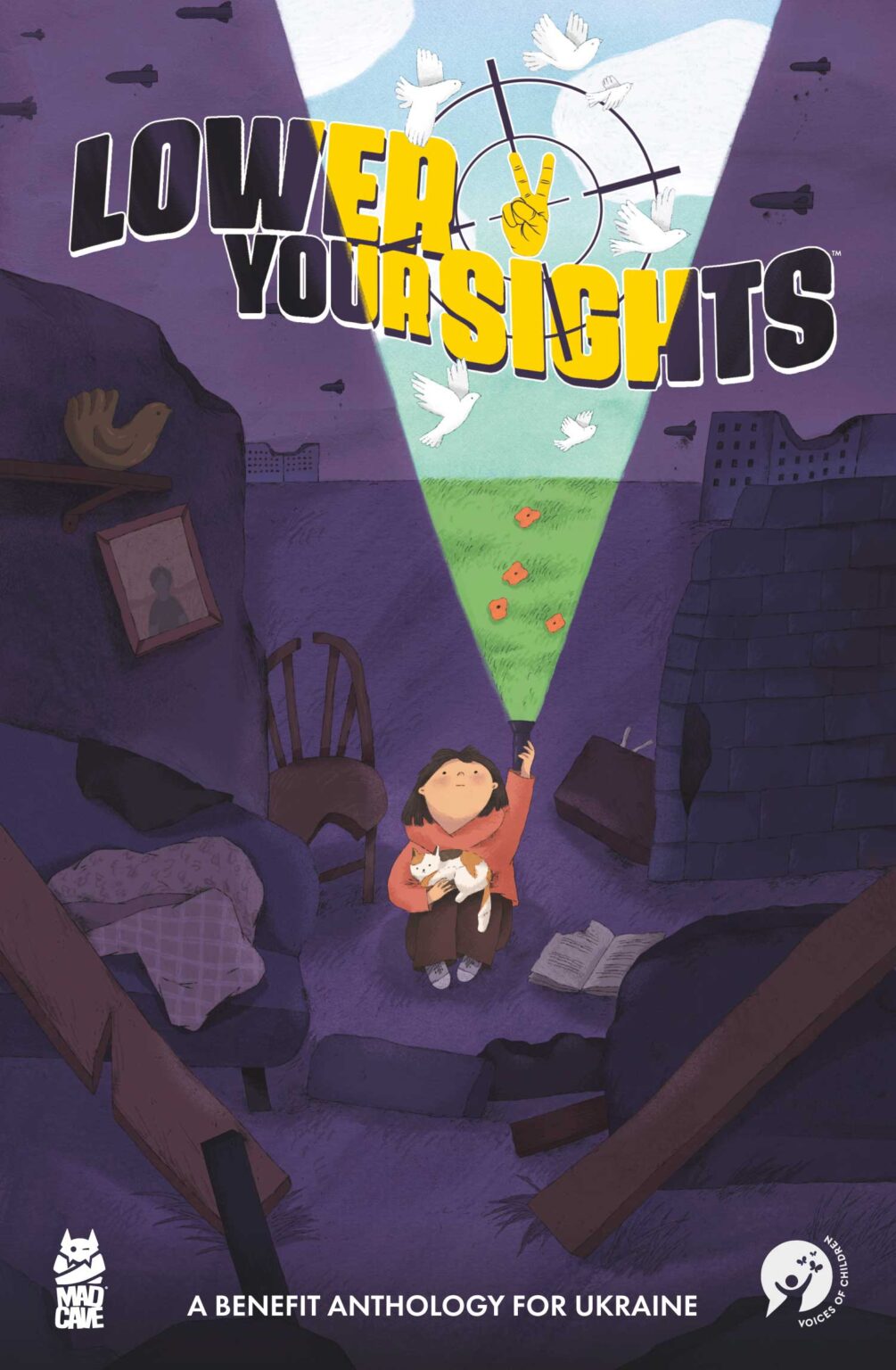 On April 13, 2022, Mad Cave Studios and Voices of Children Foundation put out a call to creators asking to come together for a greater cause, to publish and raise proceeds for the relief efforts of those impacted by the Ukrainian war. The response of those who rallied together in support was overwhelming. Comic creators and pin-up artists worldwide have come together to tell stories that focus on the consequences of war, the peace and relief effort, and the resulting long-term ripple effect. These are tales about the human condition and how combat affects soldiers, family members, friends, students, doctors, politicians, and allies from afar.

Leading up to the release of Lower Your Sights, Mad Cave Studios will be sharing a series of interviews with each creator involved, discussing what this project means to them, their contribution to the anthology, and the unifying power of art.

“We’re incredibly proud to highlight industry greats, indie darlings, rising stars, and, most importantly, numerous Ukrainian creators,” said Mad Cave Studios Editor, Chas! Pangburn. “Watching the industry come together to tell these powerful and poignant tales is a great reminder that the pen really is mightier than the sword.” Earnings from the book’s sales are going directly to the Voices of Children Foundation, to provide psychological, psychosocial, and evacuation assistance to Ukrainian children.