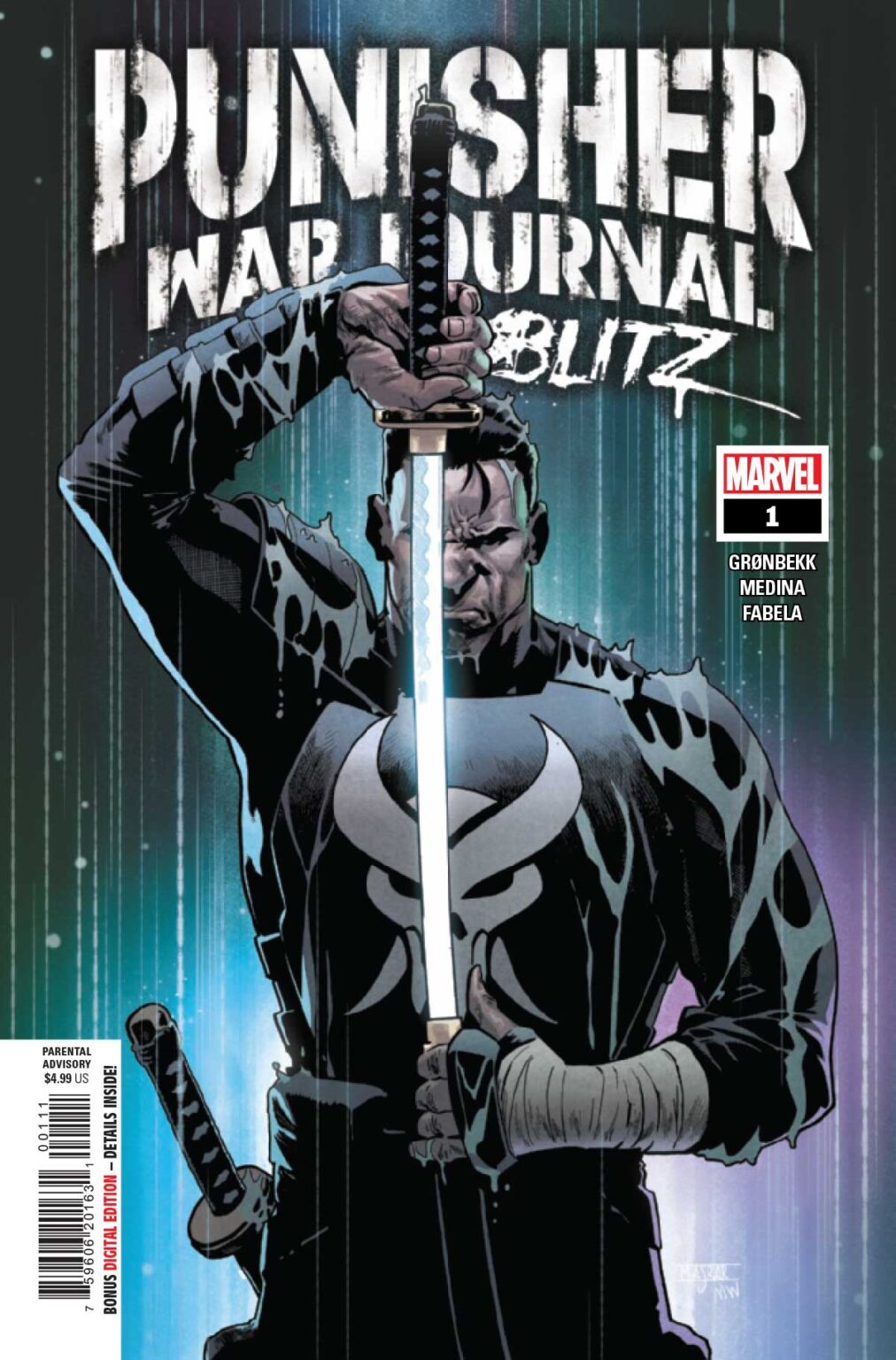 PUNISHER WAR JOURNAL: BLITZ #1
TORUNN GRØNBEKK (W) • LAN MEDINA (A) • Cover by MAHMUD ASRAR
Variant Cover by TAURIN CLARKE • Variant Cover by JEFF DEKAL
HEADSHOT VARIANT COVER BY TODD NAUCK
THE TRICK IS TO INVENT A WAR WORTH FIGHTING.
• Finn Fratz knows that if you want people to hate each other, a Banner cannon in the right pair of hands goes a long way. The aging war profiteer earned his spot on the Punisher’s kill list well before he adopted the moniker Hate-Monger, but he has proven an elusive man.
• Now, with the Hand at his disposal, Frank Castle is ready to smoke him out. But not only has Hate-Monger gone to ground, he’s fighting back. Good for him. It’s not going to change anything but the death toll.
• Torunn Grønbekk and Lan Medina join forces to bring you the first of three thrilling tales from between the pages of PUNISHER, exploring Frank’s new modus operandi through some of his deadliest missions yet…
40 PGS./ONE-SHOT/Parental Advisory …$4.99