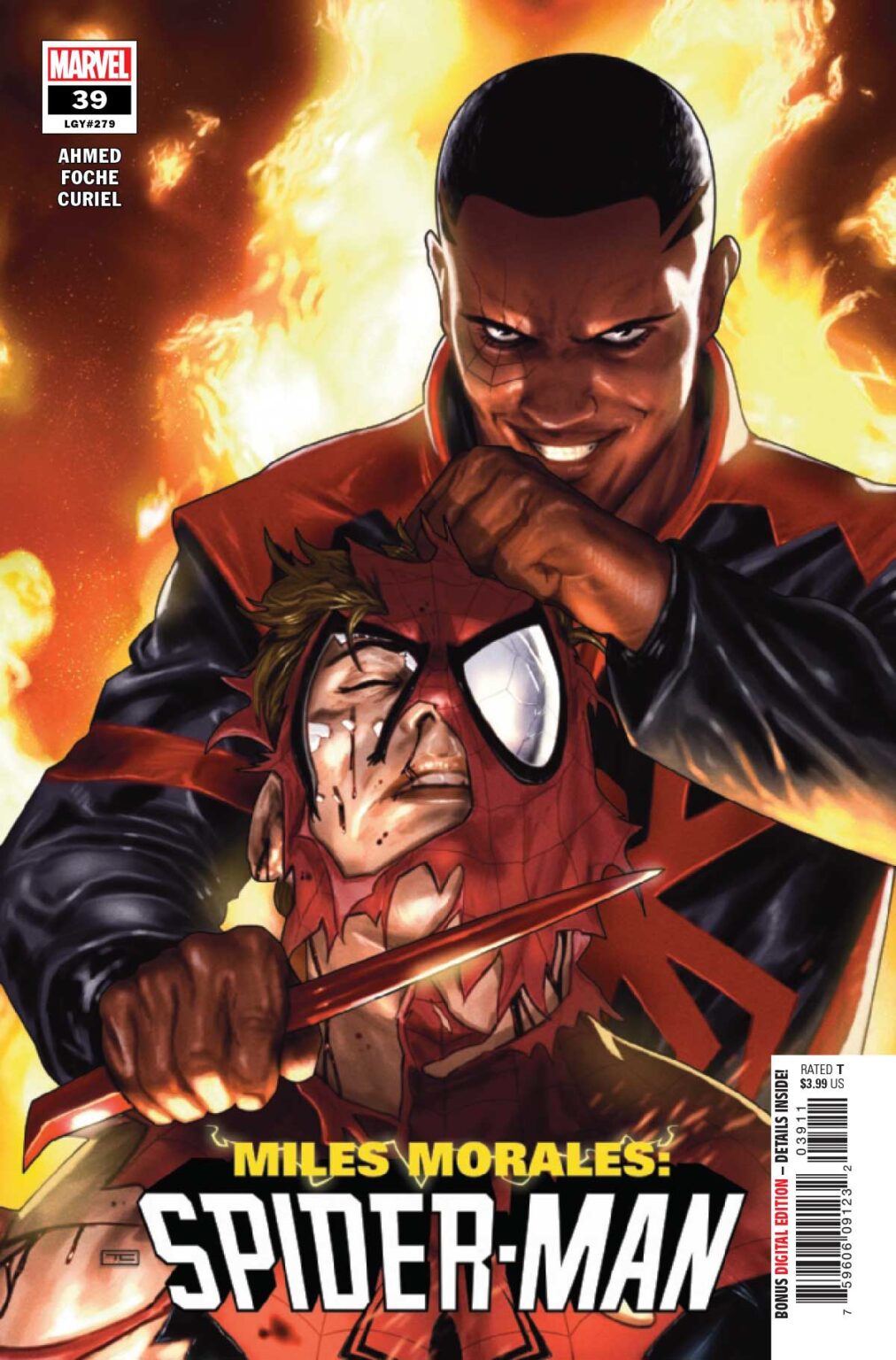 MILES MORALES: SPIDER-MAN #39
SALADIN AHMED (W) • CHRISTOPHER ALLEN (A) • Cover by TAURIN CLARKE
Hellfire Gala Variant by Russell Dauterman • VARIANT COVER BY PACO MEDINA
• MILES and SHIFT’S hunt through the Multiverse has landed them back in New York City, but it’s not the NYC they know – it’s THE EMPIRE OF THE SPIDER! And evil Miles clone, SELIM, has crowned himself emperor!
• To defeat the oppressive regime, Miles will need the help of rebel leaders GENERAL GANKE LEE and CAPITÁN BILLIE MORALES, who has grown up in a world without her brother and where SPIDER-MAN represents only pain and suffering.
• And if Miles fell to Selim, what does that mean for the fate of PETER PARKER?!
32 PGS./Rated T …$3.99