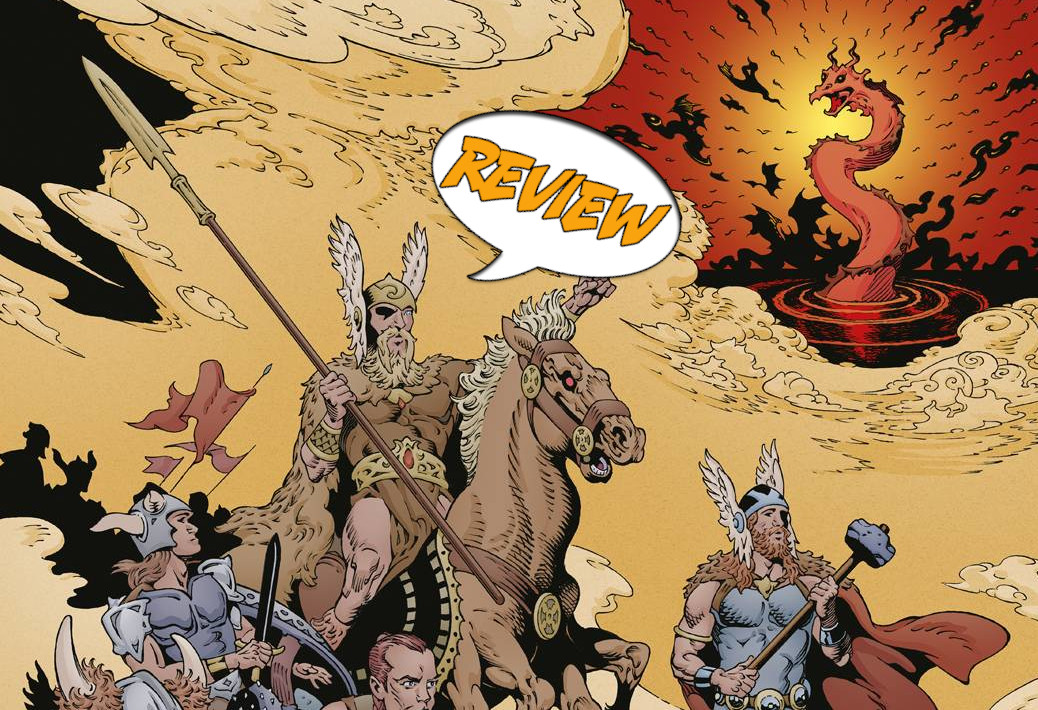 The Beginning of the End! Come see the death of the gods and how the world will end and begin again in Norse Mythology III #5 by Dark Horse Comics!

Previously in Norse Mythology: Based on Neil Gaiman’s book, Norse Mythology provides new interpretations of the old myths and legends. Loki has been convicted of deadly crimes, and it marks the beginning of the end for the Norse gods.

Norse Mythology III #5 shows the gods imprisoning Loki by tying him up with the entrails of his son and letting acid fall on his face. Only Loki’s wife, Sigyn, stands to hold a bowl to prevent the acid from falling on Loki. However, sometimes she needs to move the bowl, and Loki feels that acid again. After that, we get a bit of a montage. The gods go to sleep, and the world continues. However, a long winter starts, and the people of Earth begin to kill each other. Fenrir and Jormungundr start to wreak havoc. Loki escapes his bonds and takes the ship Naglfar to Vigrid. With the frost giants, fire giants, Loki’s children, and the legions of Hel, Loki prepares for battle.

Meanwhile, Heimdall blows his horn and wakes the gods. Odin goes to the well of wisdom, and everyone prepares for war.

Norse Mythology III #5 is an exposition to the series finale. The pages are beautifully drawn but are extremely disturbing. The torture of Loki was ruthless, and the pages were filled with death. There was a particular panel involving Jormungundr spewing poison and killing the creatures of the sea. But beyond the art, this issue doesn’t do much. There isn’t a protagonist to focus on, and the narrative structure pushes us to that final issue. This works because of the source material. The comic is based on a book that is based on old folklore. Norse Mythology III #5 pays homage to Neil Gaiman and the original legend. And with that in mind, this comic reads reasonably well.

While Norse Mythology III #5 isn’t a great comic on its own, it makes me excited to read the finale in the next issue. Great work by P. Craig Russel, and this comic is a solid 4 out of 5 stars.

Norse Mythology III #5 sets up the final issue wonderfully but doesn't tell us much as a standalone comic.