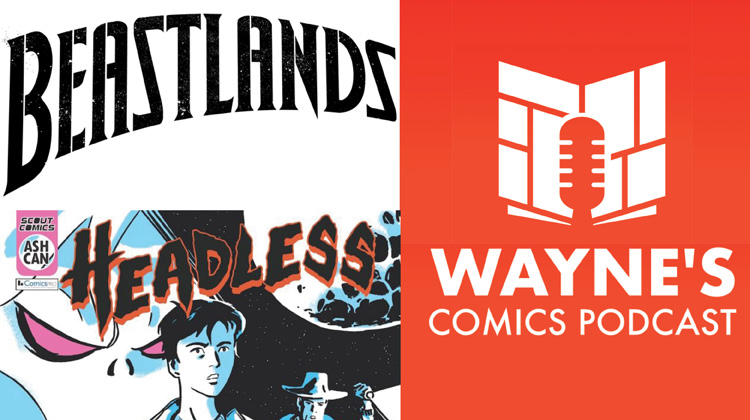 First up is Curtis Clow, creator of many great comics such as Beastlands and Slightly Exaggerated! We discuss both of these books as well as what else Curtis is up to these days, including his recent successful Kickstarter campaigns! He also has a big announcement regarding Beastlands, so don’t miss it!

Then everything wraps up with my conversation with Alexander Banchitta, the writer of Headless, which is described this way: “Two brothers, Rick and Chris Winter having recently arrived in Salem, find themselves in a centuries-old battle between the Knights Templar (whose task it is to banish all magic from Salem) and the Headless Horseman!” We discuss the characters, how the series is made, and what else is up with Alex! Be sure to pick up the last issue of Season Two, which was just released recently! Please note: I do help Scout Comics behind the scenes, so keep that in mind!