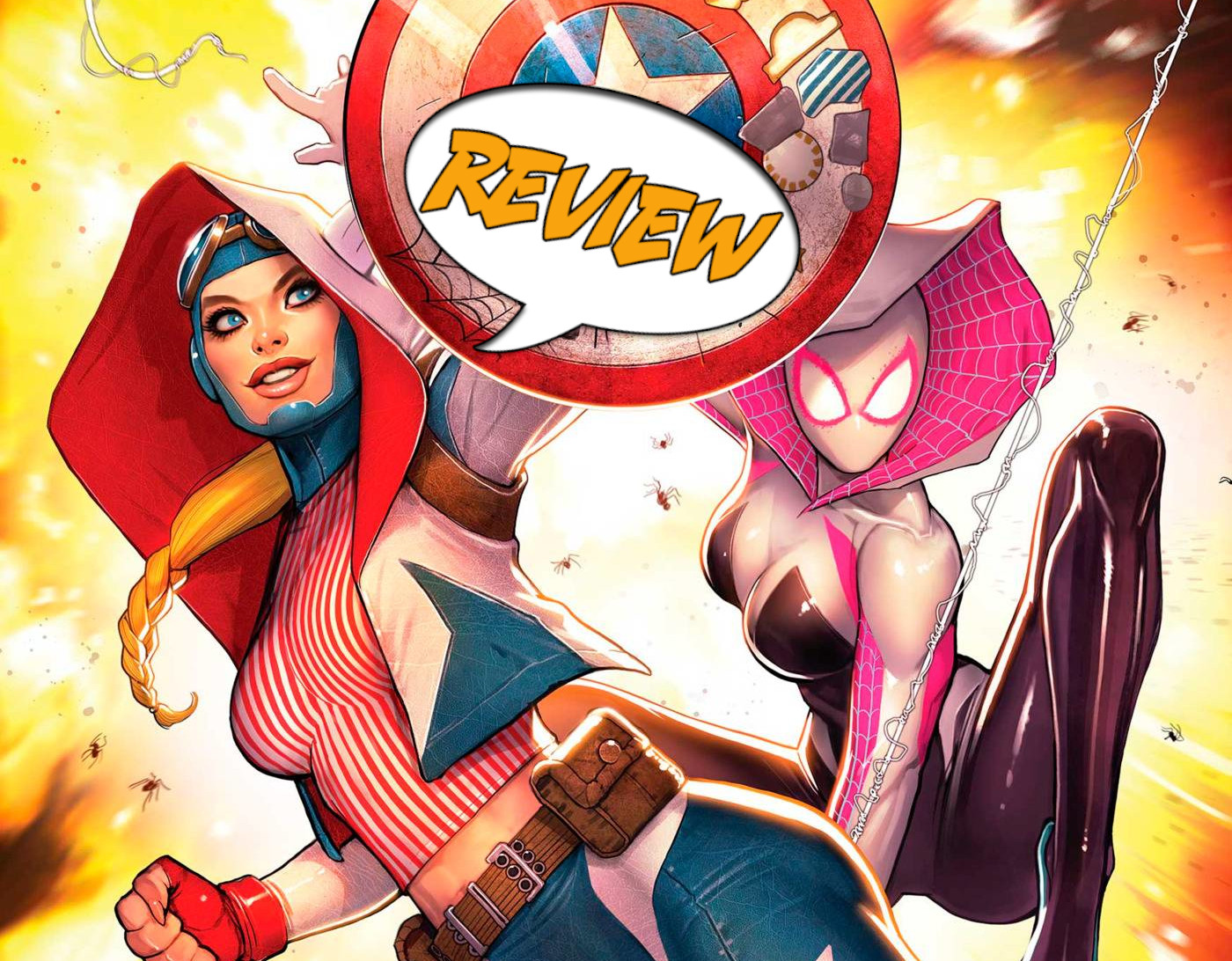 The Gwen-vengers are trying to save the spider-verse! Can Ghost Spider lead her team and repair the Web of Life and Destiny? Find out in Spider-Gwen: Gwenverse #3 by Marvel Comics!

Previously in Spider-Gwen: A pop idol from the distant future named Finale is trying to change her own timeline. This caused Gwen Stacy to be quantum-zapped and create several distinct Gwen Stacys. Ghost-Spider now travels with Thorgwen, Wolvergwen, and Gwen Stacy’s Captain America!

Spider-Gwen: Gwenverse #3 starts with all the Gwen’s frustration and arguing. Ghost Spider takes charge and tells every to shut it and listen to Spider-Zero. Spider-Zero sends them to Las Vegas in the 80s for a convention. And headlining is OSS-Tech which stands for Oswald, Stark, and Stacy! This convention is unique because this version of Gwen Stacy reveals Iron Gwen! But with that, the time-traveling villains appear as Black 13 and Glam Goblin! Black 13 causes Iron Gwen’s suit to malfunction, and everyone else springs into action!

Thorgwen and Captain America take on Black 13, and Captain America can use Thor’s hammer to win the fight. Ghost Spider fights Glam Goblin while Wolvergwen tries to protect Howard Stark and Norman Osborn. When Norman sees Wolvergwen, it triggers a memory and causes him to transform into a giant goblin. He then kidnaps Iron Gwen. Iron Gwen reboots her armor, knocks out Osborn, and joins the other Gwens as they return to Spider-Zero.

This may sound odd, but I spent a good deal of Spider-Gwen: Gwenverse #3 looking at the different hairstyles of Gwen Stacy. All the character designs have the same facial figures, so the creative team allowed differences in the hair. Captain America wears her hair in a tight braid while Wolvergwen is a little more tossed and chaotic. This entertained me more than seeing Barton Hamilton being the Glam Goblin rather than his usual 616 self. And perhaps that is a problem. I found myself distracted and not paying attention to the essential plot details. It has been a while since issue #2, and I needed something to reengage me in the story.

This doesn’t mean that Spider-Gwen: Gwenverse #3 is a bad comic book. It is more likely that I am not the target audience. This is something I would give to a younger reader and have a good laugh. Or maybe I would pick this up as a trade paperback and spend an afternoon having a relaxing read. The narrative arc works, and it is well-drawn and colored. And I still found something to enjoy and engage with, even if that point wasn’t the main plotline.

Spider-Gwen: Gwenverse #3 is an excellent book for a younger audience or anyone interested in the character.