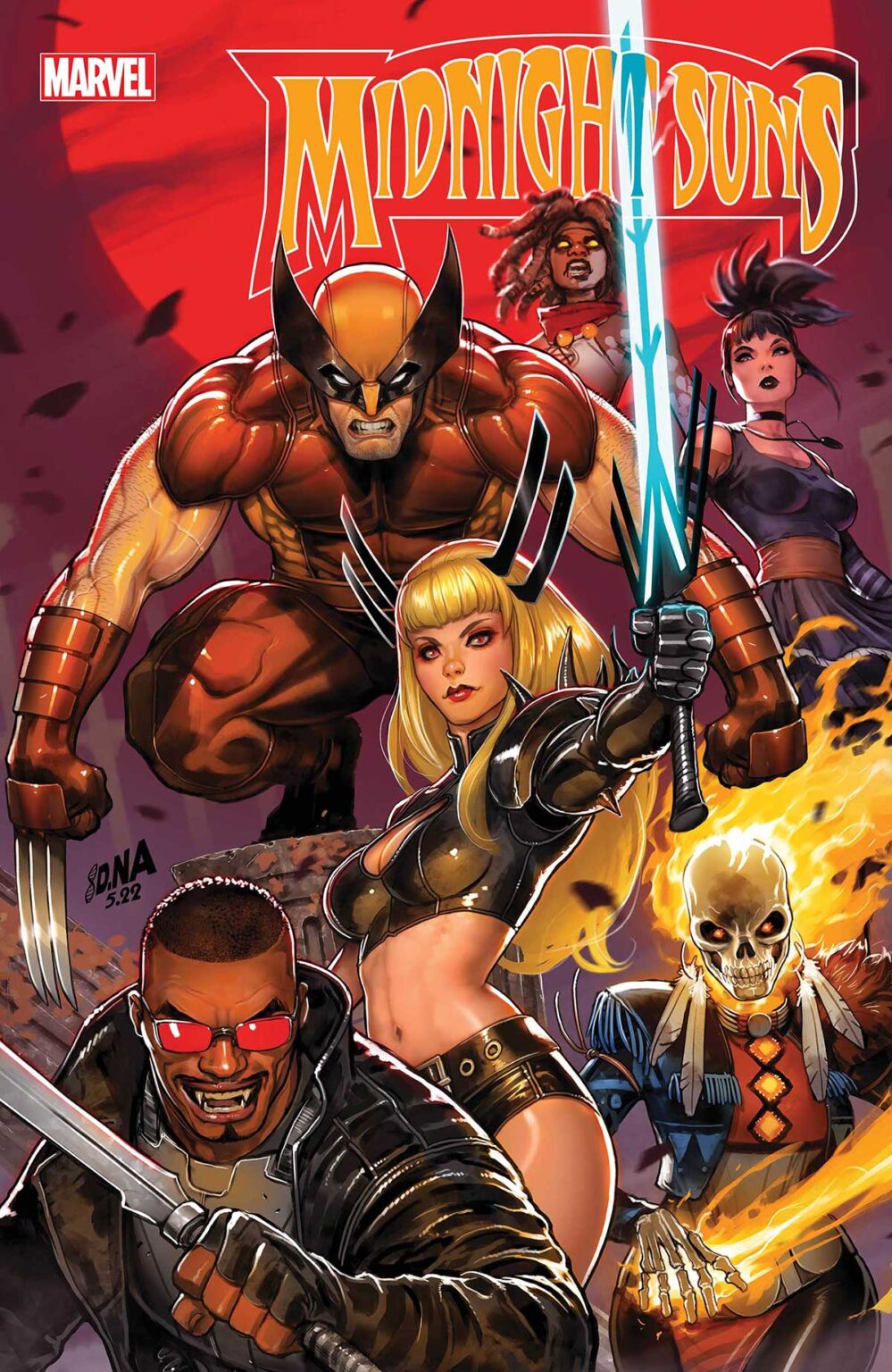 Are you ready for the return of the Midnight Suns!? Marvel Comics announced a new limited series from Ethan Sacks and Luigi Zagaria that arrives in September 2022.

MIDNIGHT SUNS will embrace the legacy of the original fan-favorite series with a new lineup that reflects today’s Marvel Universe. The team’s new iteration will consist of Blade, Kushala, the Ghost Rider also known as Spirit Rider, Magik, Wolverine, Nico Minoru, and Zoe Laveau, the breakout character from STRANGE ACADEMY!

A dark prophesy and apocalyptic new villains with horrifying powers the likes of which Earth has never faced before ordains a team of Midnight Suns to rise and tear @#$% up! But what does this new threat have to do with the Sorcerer Supreme’s past? And why is Strange Academy student Zoe Laveau number one on the Suns’ list?

“As a fan of the original MIDNIGHT SONS, I am honored and stoked to continue that legacy, and I’m grateful to editor Tom Groneman for giving me the chance to dabble in this mystical corner of the Marvel Universe,” Sacks said in a press release. “We’re going to conjure up some wild otherworldly action to go along with some themes that have real world resonance. Having fallen in love with the team book concept on STAR WARS: BOUNTY HUNTERS, I’m primed and ready to put this lineup of heroes through hell…so to speak.”