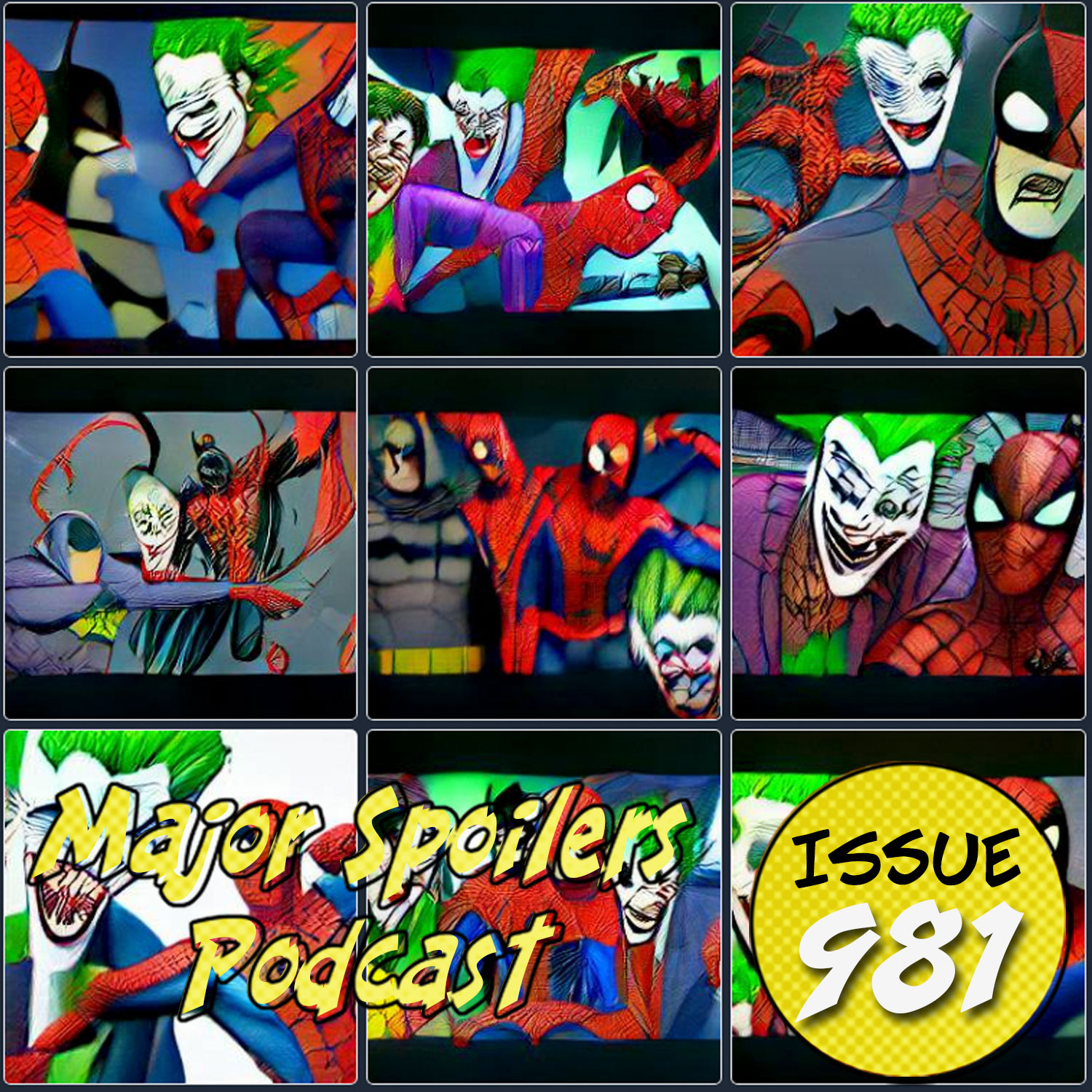 Major Spoilers Podcast #981: Spider-Man and Batman (and Carnage and Joker)

Spider-Man and Batman team-up to eat finger sandwiches and punch the Joker in the face! We also talk the latest news, and review The Cimmerian: Hour of the Dragon #4 from ABLAZE Publishing, and DC Pride 2022 from DC Comics. Scott Johnson joins us this week, and it is a great time!

Meet The Spot, Miles Morales’s most formidable foe yet. 🕳 Voiced by Jason Schwartzman, see him in action in Spider-Man: Across the #SpiderVerse, exclusively in movie theaters June 2, 2023. pic.twitter.com/1aAmMjMcpX

Lady Gaga in Early Talks to Play Harley Quinn in ‘Joker 2’ – and It’s a Musical, Folks

A new DC star is born. Lady Gaga is in early negotiations to join ” Joker: Folie à Deux” as Joker’s partner-in-madness, Harley Quinn, for what would be a musical sequel to director Todd Phillips ‘ 2019 blockbuster.

Justin Lin to Direct ‘One Punch Man’ for Sony

Justin Lin, the filmmaker behind half of the nitrous oxide-fueled Fast and Furious movies, is revving up with another franchise. The filmmaker is in talks to direct an adaptation of the popular Japanese property One Punch Man for Sony.

STEPHEN
The Cimmerian: Hour of the Dragon #4
Writer: Julien Blondel, Robert E. Howard
Artist: Valentin Secher
Publisher: ABLAZE Publishing
Cover Price: $3.99
Release Date: June 15, 2022
Robert E. Howard’s Conan is brought to life UNCENSORED! Discover the true Conan, unrestrained, violent, and sexual. Read the story as he intended!
The showdown between Conan and Xaltotun is at hand! But it will take more than just an army to take back the thrones that were stolen. To take on a wizard of such dark power, Conan will need a little magic himself so he can once again be king!
Bonus material included: The original Robert E. Howard story is included!

You can purchase this issue via our Amazon affiliate link – https://amzn.to/3QgIc1Z

You can purchase this issue via our Amazon affiliate link – https://amzn.to/3NTOBi2

SCOTT
The Losers
Writer: Andy Diggle
Artist: Jock
Publisher: DC Comics
Cover Price: $9.99
Release Date: February 2, 2010
This collection introduces The Losers, formerly an elite U.S. Special Forces unit that served as the covert bloody hand of America until they stumbled across a C.I.A. secret they couldn’t ignore. The C.I.A. tried to kill them, but they’re about to learn that it takes more than one try to eliminate The Losers. Collects issues 1-12.

You can purchase this issue via our Amazon affiliate link – https://amzn.to/3zFzTXO

SPIDER-MAN AND BATMAN: DISORDERED MINDS
Writer: J.M. DeMatteis
Artist: Mark Bagley
Publisher: Marvel/DC Comics
Release Date: September 1995
The Joker and Carnage meet when behavioral psychiatrist Cassandra Briar attempts to use the two killers as tests for a chip that will ‘lobotomize’ their homicidal instincts. The Carnage symbiote neutralizes Kasady’s chip after it is implanted, with Kasady pretending that the chip had worked so that he could meet the Joker. After Carnage removes the Joker’s chip, the two’s mutual psychoses lead them into a brief alliance before their differing methods of murder cause a clash. The Joker tries to kill Carnage with a bomb, but Carnage drapes a piece of the symbiote over a corpse to fake his death. Batman and Spider-Man uncover the trick, and Batman is subsequently engulfed in Carnage’s symbiote tendrils. Carnage proposes to kill Batman, but the Joker threatens to set off a bomb to destroy Gotham, himself and Carnage, rather than see Carnage kill Batman. As Batman battles Carnage, Spider-Man follows the Joker. The Joker defiantly dares Spider-Man to kill him, however, and Spider-Man is unable to stoop to his level, electing instead to apprehend the Joker in classic superhero style.