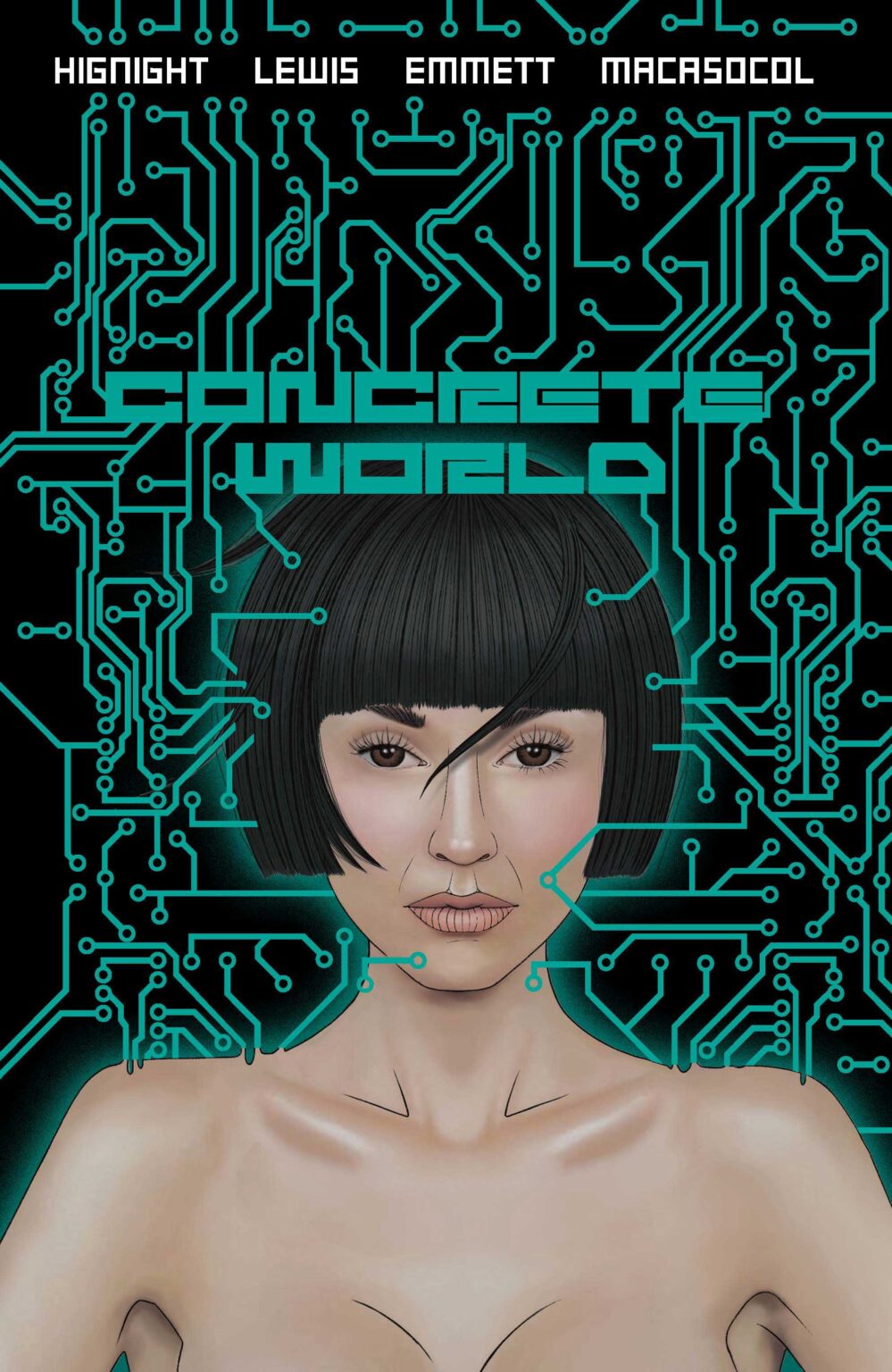 Escape the real world in The Concrete World OGN

Tired of the real world, three lost souls do everything possible to escape into a virtual one in the pages of Concrete World from Gavin Highnight, Jetilla Lewis, and James Emmett.

Felix, Paulie and Sera form an unlikely friendship. Their use of the mind-altering device leads the three on a quest for the ultimate high…A mythical virtual reality program nicknamed BLACK IVORY, which is rumored to be digital nirvana. Without money to acquire the elusive software, the three turn to a crime spree that puts them on a collision course with authoritarian law enforcement, technology-dealing gangsters and ultimately themselves.

Wander the forever night of this neon-soaked world along with Felix, Paulie and Sera as they search for the ultimate escape and discover that ultimately… Freedom is the new drug.

“Cyberpunk inspired me when I was young and full of angst, medicating myself with comics—science fiction and counterculture music—like Bladerunner, Videodrome, William Gibson’s Neuromancer, Aeon Flux, even the short lived Max Headroom TV series,” said Gavin Highnight in a press release from . “Sadly, all these years later, not that much has changed in the world; our planet is crying out in distress and technology plus humanity. There’s nothing more dangerous than creating technology that we don’t have the capacity to control or handle. Science fiction can be a reflection and it can be a warning, a cautionary tale, that entertains yes, but should also inform. This is why I chose to share my version of a cyberpunk story with others. Something inside had to tell the story of these three characters who came to me in the middle of the night at a very dark time in my life.”

The Concrete World is a 256-page original graphic novel and arrives in stores on August 31, 2022.