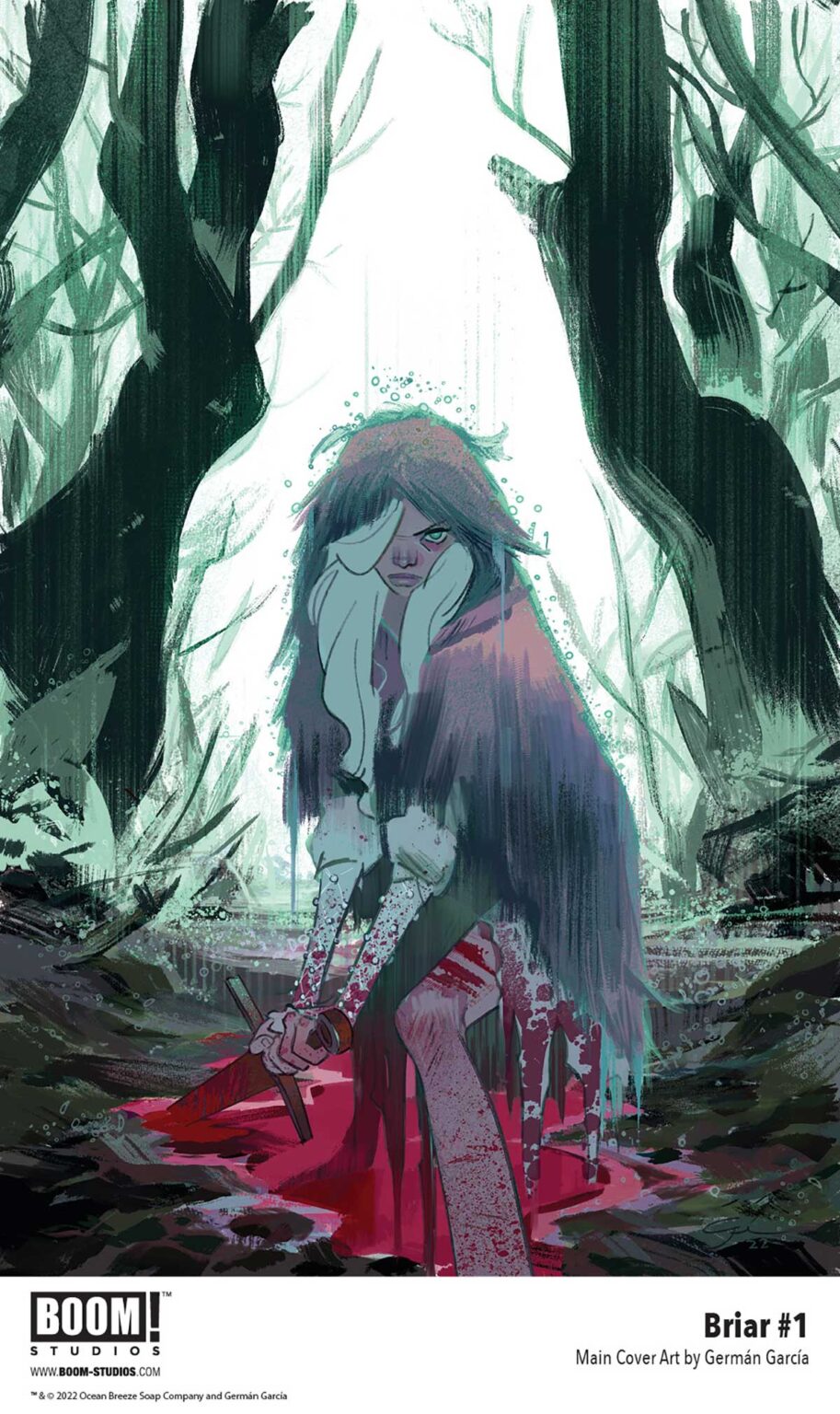 What if Sleeping Beauty never got her happily ever after… and instead had to save herself? Set in a brutal fantasy world that time forgot, this isn’t the fairy tale you know!

“I’ve never gotten a chance to tell a high fantasy story of any kind, but I’ve always wanted to, ever since I discovered old Robert E. Howard stories. One thing that kept me hesitant was finding a proper way in—something new and different that also celebrates all the sword & sorcery fun seen in the best of the genre,” said Cantwell in a press release from BOOM! Studios. “In tandem, as I grow older, the world around us seems less and less stable with so many things falling into crisis. These two things came together in my head in the form of BRIAR… here’s someone that remembers the world one way, during a time of sheltered innocence, but has now overslept… and found herself in a place of complete entropic disarray. The question is, how will she even survive? And what happens when the plans for the entire rest of your life turn out to be completely meaningless and absurd? Where do you turn to in order to conjure up your own new meaning and purpose?”