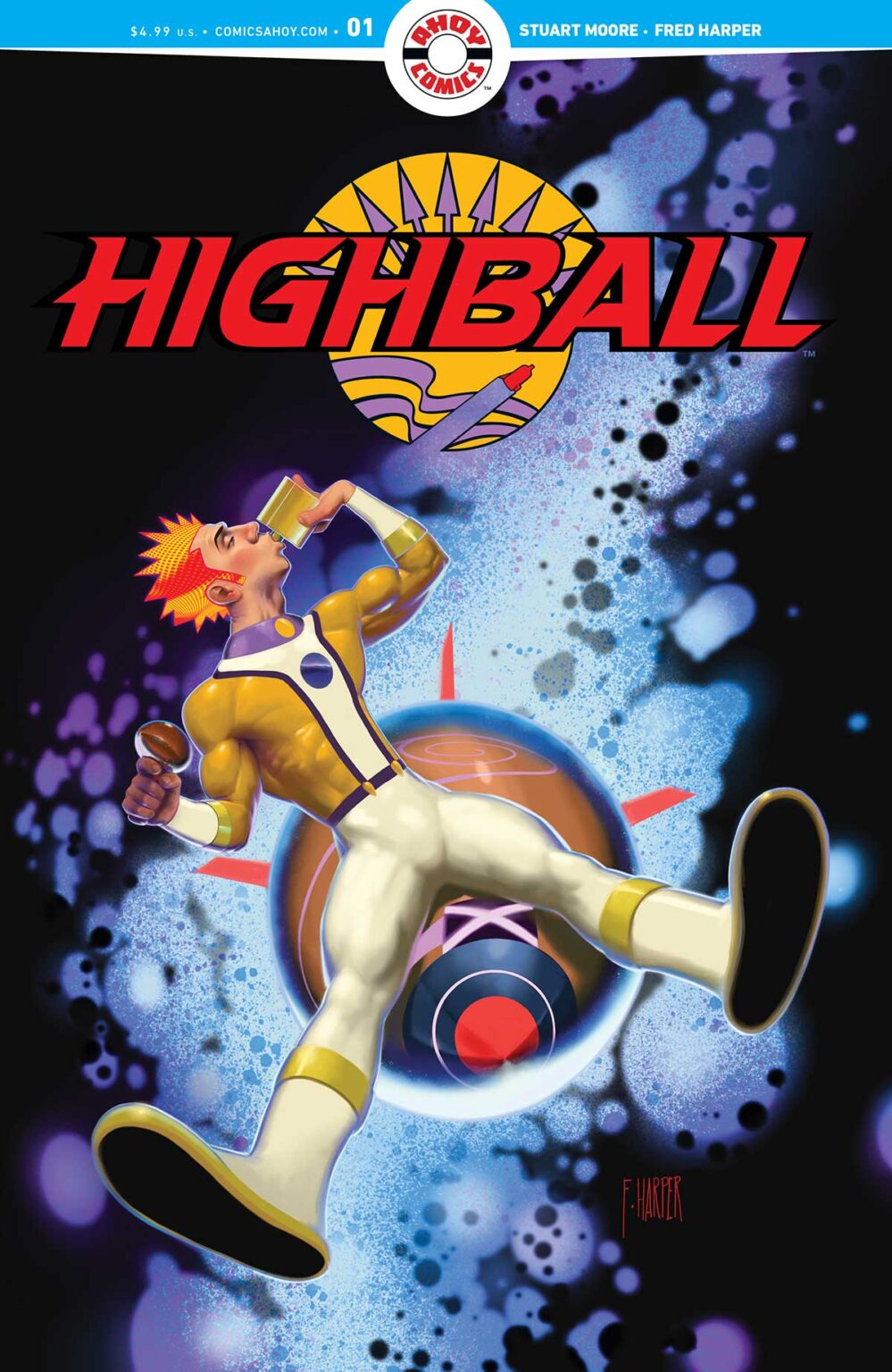 “I was out having a few beers with an AHOY Comics colleague when a funny thing happened,” said Moore in a press release from AHOY Comics. “The more my friend had to drink, the better he got at throwing darts. It was uncanny! And at that booze-soaked moment, the idea for HIGHBALL was born.”

Here is the description of the issue:

In the far future, Earth’s finest pilot, call-sign HIGHBALL, finds himself caught between two alien races: the arrogant, cerebral Mentok and the fierce, birdlike Q’k’q’rr’kkk. In his one-man Byter ship, Highball must defuse an alien bomb and survive against a vicious enemy. But Highball has a deadly weakness: He can only hit the target when he’s stone drunk. In his quest to save the galaxy, Highball stumbles headfirst into obstacles such as nefarious space enemies, fellow pilots, the maddening bureaucracy of Space Corp—and, of course, his own shameful inadequacies!