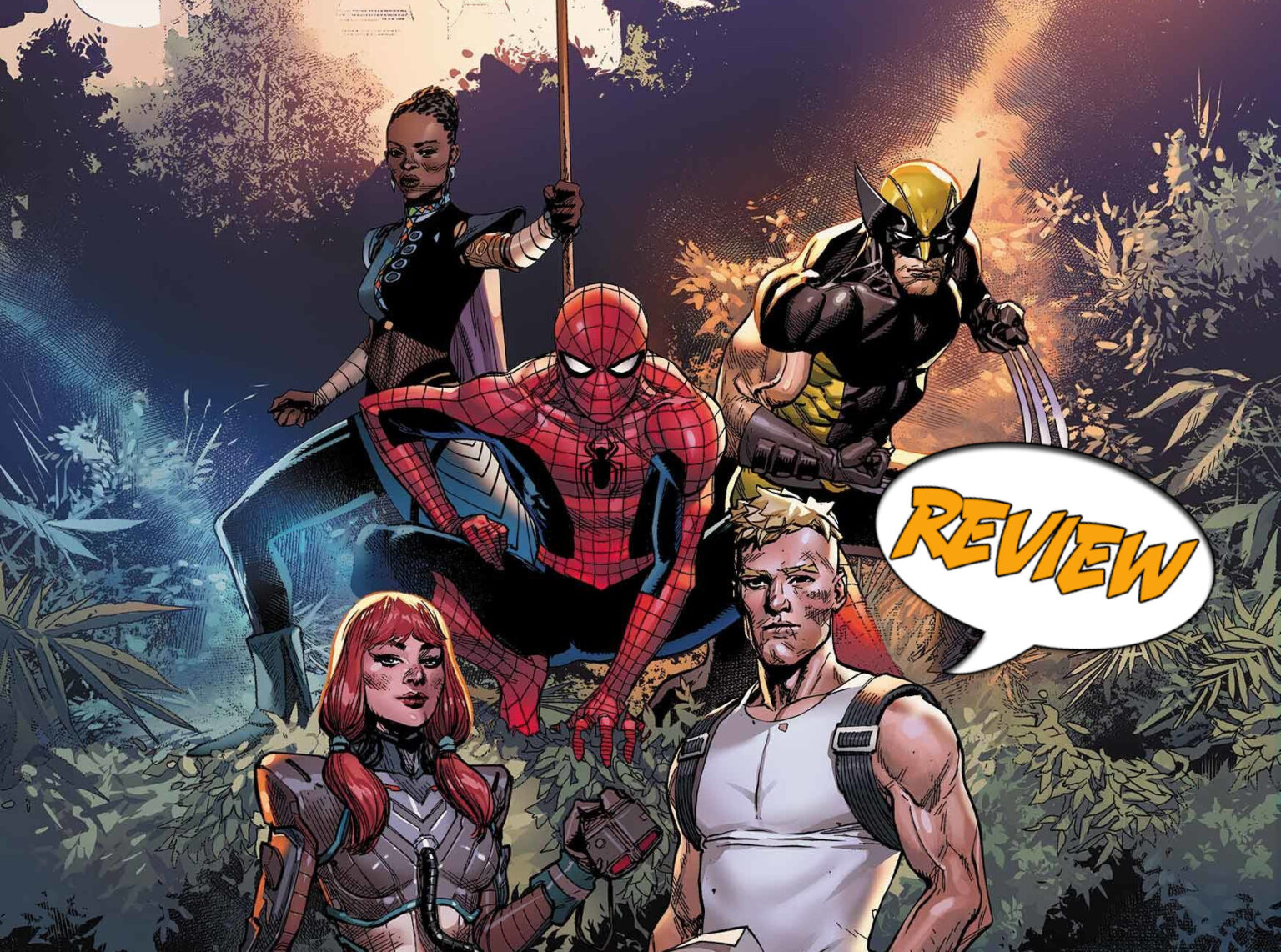 The Fortnite and Marvel universes collide when The Seven asks Spider-Man to bring back some allies! Check out the chaos in Fortnite X Marvel: Zero War #1 by Marvel Comics!

Previously in Fortnite X Marvel: The Fortnite world is stuck in a never-ending war, and The Seven are doing their best to normalize reality. However, a fragment of the Zero Point was sent to the Marvel Universe, bringing in Earth’s Mightiest Heroes to help! Now Spider-Man works with Agent Jones and the Seven to try and end this war.

SPIDER-MAN TO THE RESCUE

Fortnite X Marvel: Zero War #1 shows Spider-Man and the Seven trying to devise a plan. Ultimately, they decide to send Agent Jones, The Imagined, and Spider-Man back to the Marvel Universe to get some allies. In addition, they need the Zero Shard to power a mech that may help them turn the tide of the war. The group attempts to sneak to the Imagined Order’s base but trips an alarm when they enter Agent Jones’ old office. A fight breaks out, and the Foundation sacrifices himself to allow the trio to make it through the portal to the Marvel Universe.

In the 616, Spider-Man contacts the Avengers to aid the Seven. He then tracks Wolverine, who agrees to help them find the Shard.

I don’t know much about Fortnite, and I was surprised to see such a complex storyline within the core of that franchise. Fortnite X Marvel: Zero War #1 spent most of the comic trying to provide me with the context of what is happening. A lot of the issue talked about specific events in the Fortnite game. Ironically, they didn’t give that same attention to the Marvel characters, but the Marvel Cinematic Universe is now ingrained in our pop culture. As a new reader coming into this weird crossover event, nothing really happened besides getting a lot of information thrown at me. Fortnite was released in 2017, and I had to be caught up in some significant events to provide context. Because of that, we didn’t get a lot of plot. We only sneaked into the portal and recruited Wolverine in the book’s second half.

However, this is a fun story. While I am critical of the story elements, this book is designed to be fun and light-hearted. Which it does very well. With solid art, this is a start of a good crossover for the Fortnite audience.

BOTTOM LINE: FUN BUT A LOT OF INFORMATION

I think this book played a great tribute to both franchises. This comic spent a lot of time setting up for the rest of the miniseries and is bound to be a fun ride. 3.5 out of 5 stars for Fortnite X Marvel: Zero War #1.

Fortnite X Marvel: Zero War #1 pays excellent tribute to both franchises but spends a lot of time catching up on previous events.