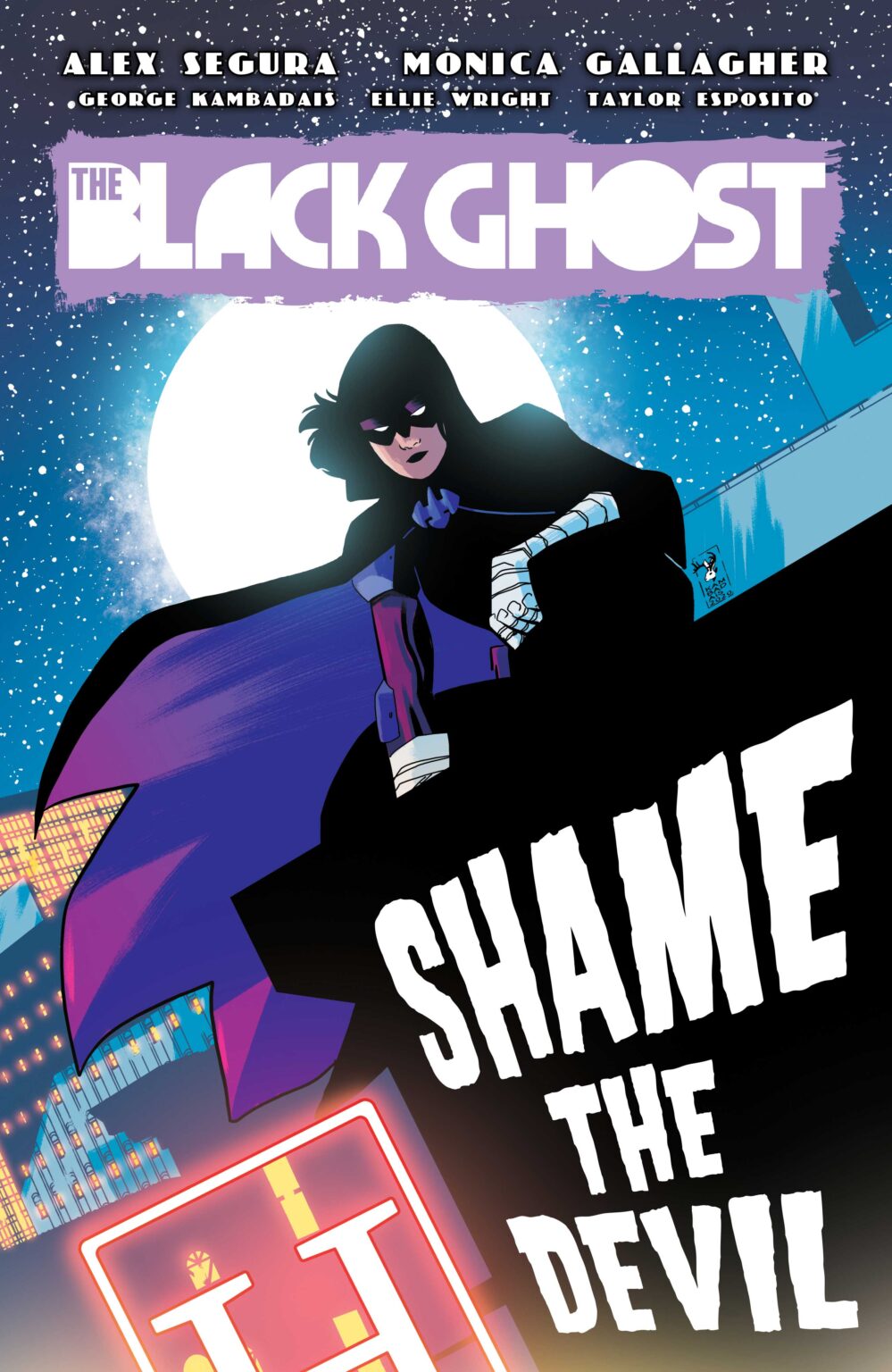 Lara Dominguez is a reporter who moves from her hometown of Miami to the city of Creighton. There, Lara will have to navigate the corruption of her adopted city, the uncertainties of virtue, and her own personal demons.

“At the end of Season One Lara proved to have the capacity to be courageous even in her darkest moments,” says co-writer Monica Gallagher. “But in Season Two, she can no longer outrun the years of issues that have been plaguing her. With this season we wanted to explore what Lara would be like when she accepted responsibility for her past mistakes and did perhaps the hardest thing of all — worked on herself. Along with Lara, the other characters likewise have a chance to grow and evolve.”

Segura continues, “Monica and I have always said that The Black Ghost isn’t just another masked crimefighter looking to do good. We play with the elements that make up characters like Batman, The Question, Daredevil, and so on, but run them through a filter of raw humanity, in a setting that feels more like a city we’ve all walked through than the gothic streets of some fictional ones we know. That’s the initial story we were all interested in telling – what would really happen if a flawed, messed-up person was given the chance to do good – and redeem themselves in the process?” The Black Ghost: Shame the Devil #1 will release as a digital first on August 30, 2022, on Comixology, and will then arrive in print as a collected edition version from Dark Horse Comics on January 3, 2023.