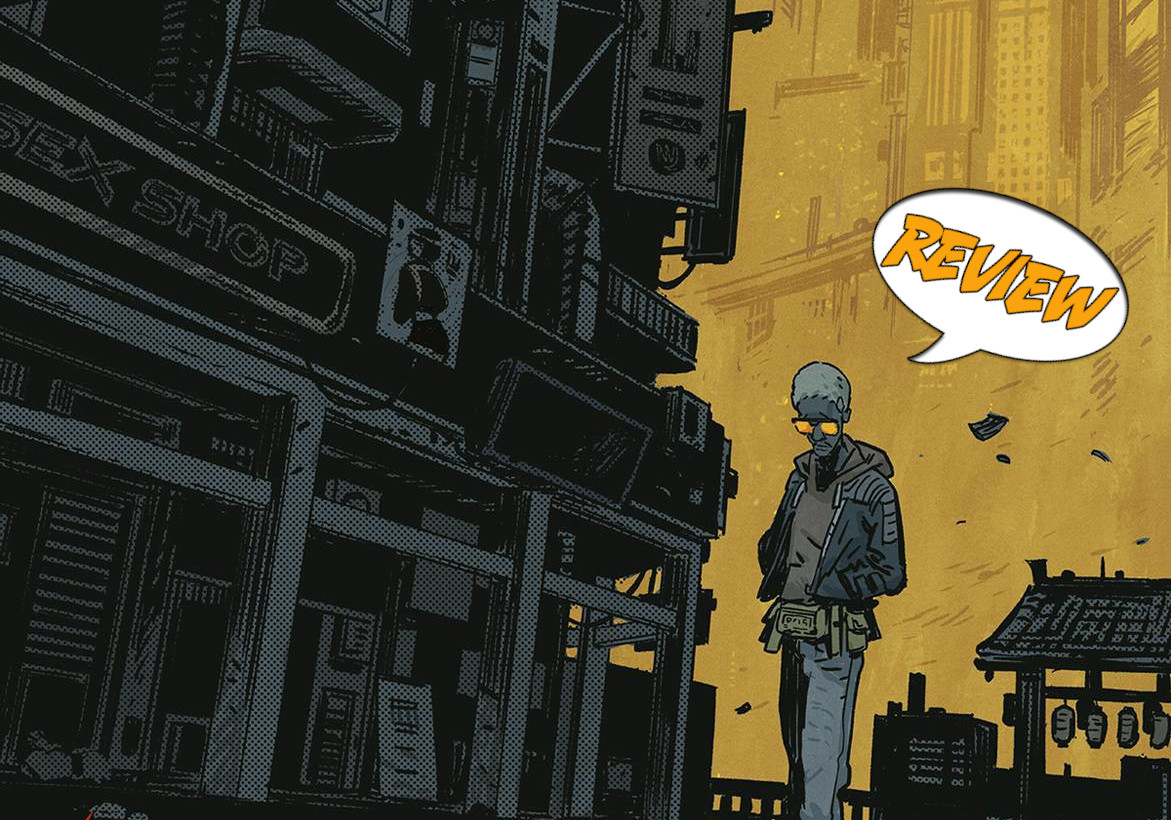 The citizens of Night City are suffering, and the only help they have are virtual realities called Dreams. Find out if repairman Arturo can help in Cyberpunk 2077: Blackout #1 by Dark Horse Comics!

Previously in Cyberpunk 2077: Check out the third comic book series based on the video game Cyberpunk 2077! Arturo is a repairman for Diverse Media Systems who is sent to repair Braindances, a VR system, around Night City.

Cyberpunk 2077: Blackout #1 starts with Arturo being late for work. In fact, there was a blackout, and there were a ton of calls from people needing repairs for the VR devices. Arturo hates his job. He believes that VR could be used to cure depression and help out, but instead, they are here to feed addictions. On top of that, when Arturo pitches his ideas to his boss, he is quickly turned aside because happy people aren’t profitable. He draws the line when he enters prison. The wardens use the VR system to torture inmates by playing realities where they die repeatedly. He instead puts typical memories into the system that cause the prison to sue him for half a million dollars.

Arturo then decides to go to his friend Al-Beta, a retired edgerunner, to rob a bank to pay back his debt and fund his dreams.

A lot is going on in Cyberpunk 2077: Blackout #1. Throughout the story, there are images of people dying. At first, I thought it was the scenes that Arturo saw, but it was actually a form of torture for the prisoners here. And it is unfortunate that most people just turn a blind eye to it. Arturo is the only one with enough empathy to listen and try to make a change. I wonder if it is intended to reference modern-day social media.

I’m impressed with the kind of themes this series has decided to explore. Cyberpunk 2077: Blackout #1 is a story about how we cope. And in this particular fictional world, the way to cope is escapism. And for me, there was this thought-provoking tangent because I escaped into stories. So there was this inception about running to another reality to read a story about escaping into other realities. But clearly, I overthought it a little bit.

The last thing I want to say is that the art is highly fitting for the style of the story. The way the colors pop out of the page portrays the scene’s mood very well. Great work by the colorist and the rest of the creative team.

Cyberpunk 2077: Blackout #1 is a crazy story that explores the darkest parts of humanity. If you enjoy dystopia literature, then this is undoubtedly a comic for you. 4 out of 5 stars, and I am excited to see where the rest of the series goes.

Cyberpunk 2077: Blackout #1 goes into a dark theme with great care that provides a thought-provoking comic book.