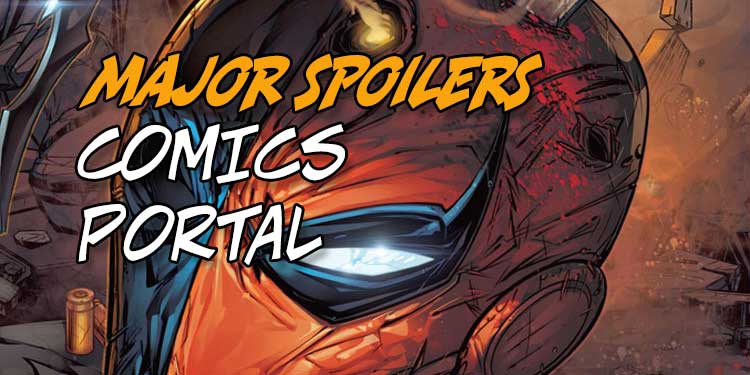 Remember when a big comics event would all take place in a mini-series or as part of an ongoing series? Not anymore! We all know that Marvel and DC just LOVE big events! Often they will even lead from one into another without taking a breath!

But the recent “Shadow War” event seems to be the perfect example of the new way events happen in comics.

Now, we all know that number one’s sell better than any other comic, but isn’t this getting ridiculous?

My collector friends are arguing with each other as to how one stores these books. Do you keep the individual issues in with their respective runs? Or do you keep the event all grouped together? Perhaps you just go alphabetically, keeping the books with “Shadow War” in the title under the letter “S.”

It’s enough to drive comics collectors up the wall screaming! It wasn’t all that long ago that events (like Marvel’s Secret War, for example) were their own thing. They started with number one and ended when the story was done (or when sales had lagged behind far enough).

Then someone got the bright idea that these things should start with an issue number zero, hoping that fans would buy them in the same quantities (or maybe even more) than they did number one.

It could be a gold mine!

However, that number zero concept didn’t win over fans, who still love their number ones most of all!

Of course, events sell better than many ongoing titles do, so it wasn’t long before the “crossover event” began! Many comics would list what chapter they were in the overall story so one could read them in order! I certainly appreciate that happening! Several times I’ve gone home with multiple parts of an event story and wondered what I should read first. With those handy logos on the cover, I could actually read things in their proper sequence!

Many stores have had to be extra careful when ordering issues of each comic. If your customers only buy a few of one ongoing book, you better order more copies if a crossover event lands in it! It could be that more than double the number of issues are needed in that case to meet your customer demand!

Also, dying is no ending in comics these days, either! (Spoiler Alert!) Deathstroke bought the farm in “Shadow War,” but is he gone for good? No, he needs to star in the just-beginning “Dark Crisis” event, so he didn’t end up out of the flow of things for very long at all! (I hope Ra’s Al Ghul and Alfred are paying attention!)

I’m really getting tired of the illusion of change instead of real, honest-to-goodness change!

WHEN STORIES MATTERED MORE THAN EVENTS I imagine some of you know where I’m going at this point! Yes, I’ve been reading comics so long that I remember when an ongoing series had to tell good stories rather than be part of a “big” event in order to thrive.

While reading comics is a solitary activity (you often read your books alone to be sure you get the full impact), many of us had friends we could talk with about the good stuff that came out recently! We’d often buy our books together, then head to a restaurant or a friend’s home to read and then discuss!

Now, with our busy schedules, we’re lucky we can even pick up our weekly “stash” on the same day or even the same week!

Instead, I often resort to social media now to see what friends think of the latest issue of Batman. Some of my friends now want to have ZOOM calls each time a new book comes out so we can be sure to squeeze the process in on time.

The bad news that happens is when the “event” itself has multiple issues as well as an “alpha” start and an “omega” issue to wrap up on. I’ve been to many stores who cried foul when the person ordering their product didn’t realize there were other issues involved in the event! Yikes!

With multiple distributors now the regular way of doing things around comics shops, that is just adding to the confusion, particularly in those stores where they don’t actually READ the books! You have to read the Diamond Previews and other pre-order publications very closely to make sure you order correctly! I get it that stores want to sell as many number one’s as possible! They’ll make more money that way!

But to me, the story’s the thing! I plunk down my hard-earned quatloos so I can read an engaging tale about characters I literally care about! I know it’s different for my collector friends who only want to be sure they have every book they need to keep their collection current and complete! However, I think a good or even great store can keep all their customers happy by paying attention to what’s happening in the “event” cycle of comics these days!

I still wish that we wouldn’t have to pay attention to the order in which events happen and instead get to dive head-first into what’s really going on in there. Come on, DC and Marvel—let’s go back to the basics of storytelling. You know, a beginning, middle, and end in an order we can easily keep track of, buy, and read? Really?

What do you think? Does the store you frequent order events properly, including the “alpha” and “omega” issues? Is there a better way or producing comics that keeps everyone happy? No matter what your opinion is, please share your thoughts below!