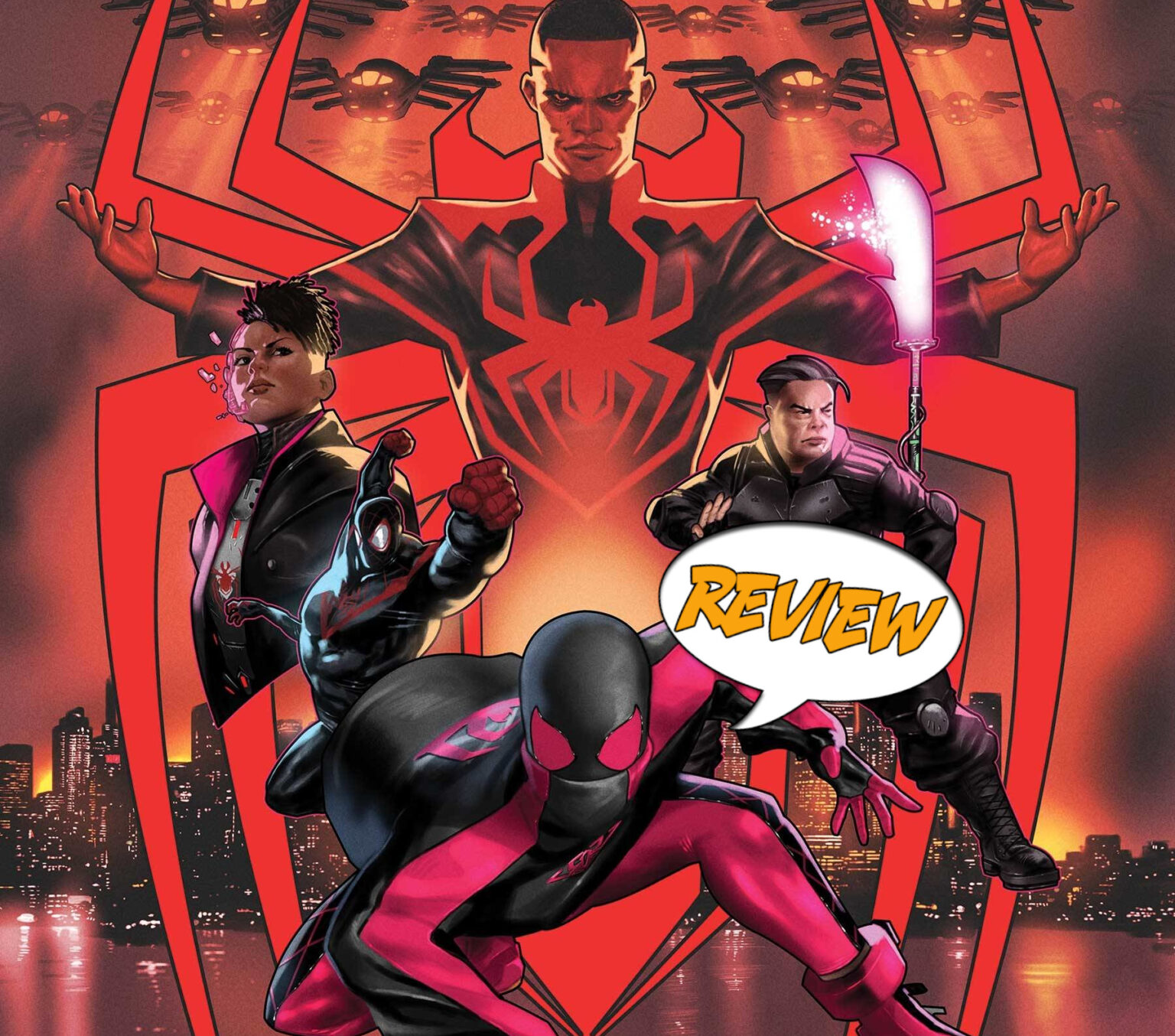 Miles is traveling the Spider-Verse once again with his clone/bestie Shift! But he found a reality where Selim rules an Empire. Find out what is going on in Miles Morales: Spider-Man #38 by Marvel Comics!

Previously in Miles Morales: Miles Morales just defeated Assessor but learned that Uncle Aaron may still be alive somewhere. He has thus entered the Spider-Verse with his clone Shift and finds himself in the middle of another realities’ Brooklyn.

WHAT WILL YOU FIND?

Miles Morales: Spider-Man #38 features giant mech robots and heavily armored patrols on the streets of Brooklyn. When Miles notices a patrol threatening an unarmed man, he and Shift jump into action. However, this attracts the attention of a resistance that takes them in to see their General. And their General is none other than Ganke! Ganke is an older, grizzled veteran who reveals that Selim is the emperor of Brooklyn. In this reality, Selim rules with an iron fist featuring work factories, torture chambers, and the whole nine yards. Miles also learns that in this version, Starling gave her life to save the resistance.

Miles and Shift decide to work with Ganke, and they plot an attack on a technological device that somehow keeps Selim young. This universe’s Shift arrives to defend when they attack, and Spider-Man quickly brings him down. But as they explore the facility, they find Peter Parker!

SO MUCH GOING ON

Miles Morales: Spider-Man #38 feels like a combination of Clone Saga and Into the Spider-Verse pumped up into overdrive. The plot is overly complicated, and there is so much going on here that I have to force myself to slow down to process everything on the page. A part of that is because I haven’t read every issue in this particular run. But this book promises a new arc that should be new-reader-friendly. This wasn’t easily digestible, and the pacing was too fast. The enemy Shift scene had such promise in the character design and potential emotion but was over in a few pages. Because of that, I couldn’t get invested in the characters even though the plot had some pretty unique ideas.

The part I enjoyed most was the interpretation of Starling and Ganke. It is interesting how Miles’ death in this universe affected and changed them.

I am impressed with the ideas that the creative team came up with. Miles Morales: Spider-Man #38 tackles many unique ideas but has trouble executing them in the page count they were given. 3.5 out of 5 for this one. Great character designs as well!

Miles Morales: Spider-Man #38 tries to tackle too many ideas too fast, making the pacing rushed.