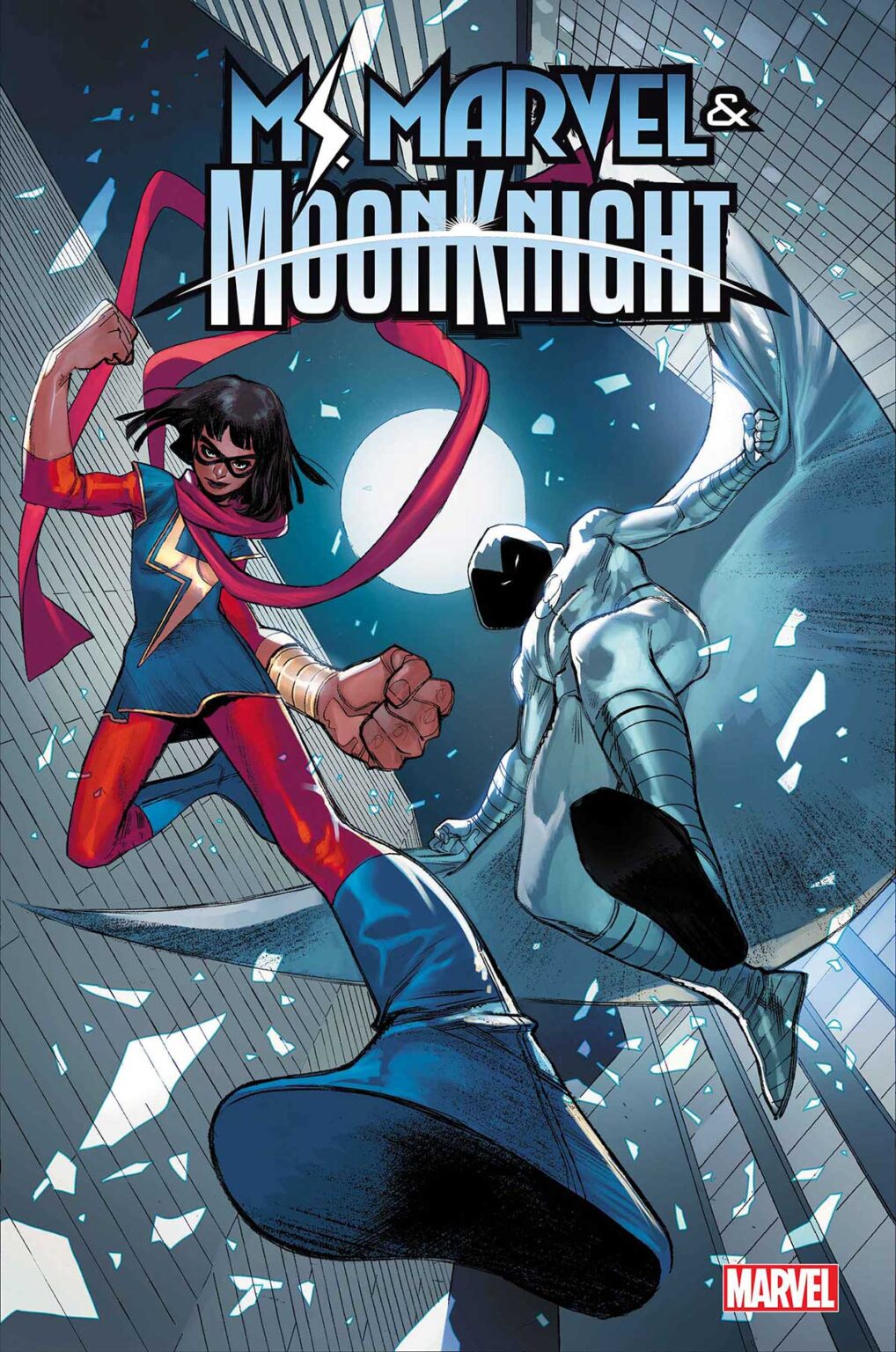 Ms. Marvel teams with the heroes of the Marvel U to take on new crisis

There’s a new crisis brewing in the Marvel Universe, and Ms. Marvel is teaming with some of the toughest heroes to confront the menace head on!

Here is the rundown of the event from Marvel Comics:

The upcoming saga will unfold across three oversized one-shots written by Eisner-nominated writer Jody Houser and featuring amazing art by Zé Carlos, Ibraim Roberson, and Dave Wachter. The overarching adventure will be one of Ms. Marvel’s boldest and most intense yet, taking the young hero on an exciting journey that will lay the groundwork for her next era! Be there for the start of the saga in MS. MARVEL & WOLVERINE #1. When a mysterious threat lands in New York City, Ms. Marvel takes matters into her own embiggened hands! But with Krakoan security/tech compromised, you can bet Wolverine and the X-Men won’t be far behind! Then, the Fist of Khonshu meets the embiggened fist of Ms. Marvel in MS. MARVEL & MOON KNIGHT #1! Moon Knight protects the travelers of night…but what about those traveling to bring him death? A mechanical (and maniacal!) threat brings Ms. Marvel into Moon Knight’s orbit, and the gravity of what they uncover will require them to plumb the depths of life and death! The mystery will come to an epic close in September’s MS. MARVEL & VENOM #1. Venom is on the hunt…but who is hunting Venom?! Ms. Marvel and Dylan Brock, the new wicked web-slinger on the block, team up as a scheme to harness the symbiote rears its ugly head! The finale will also reveal the connection between all three team-ups, and fans won’t believe who’s been pulling the strings!