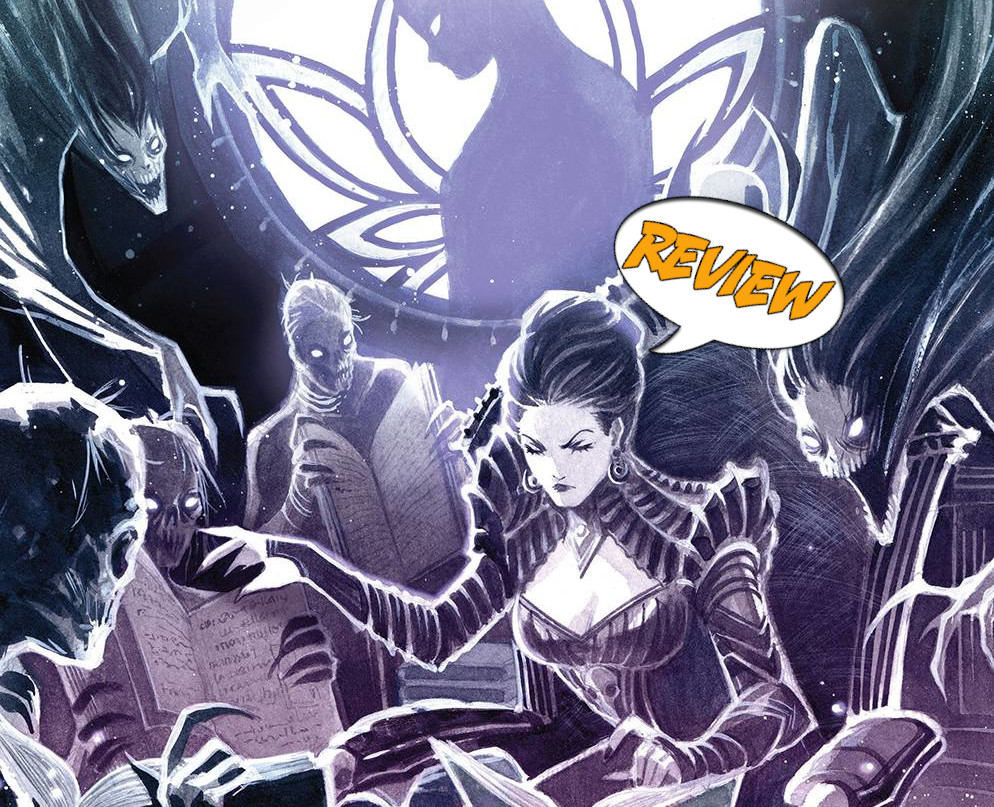 Liliana Vess is searching for a mysterious woman from a vision! Can she get to her before Tezzeret does? Find out in Magic: The Hidden Planeswalker #2 by BOOM! Studios!

MAGIC: THE HIDDEN PLANESWALKER #2 (OF 4)

Previously in the Hidden Planeswalker: Liliana went face to face with Marit Lage, but during that encounter, she had a vision of a young woman. This woman is important enough to also attract the attention of Tezzeret, who attacked Liliana in her office. Luckily, she could fend off her attacker but not before a student noticed something was off.

Magic: The Hidden Planeswalker #2 starts with Dina alerting Dean Kianne of the attack. After an uncomfortable conversation, Vess, Dina, and Kianne go to the library to see if they can figure out who this woman is, who is almost certainly a planeswalker. They quickly can ascertain that she is Maive, the Looking Glass from a plane called Aykan. Maive was trying to save her plane from a spreading madness, but ultimately the place was lost to Marit Lage.

Deciding to take action, Liliana heads to Aykan and finds desolate ruins. And she finds the planeswalker stuck in a crystal. However, she is followed by Tezzeret, and Liliana uses the last of her power to free Maive, who suddenly escapes from her imprisonment!

THE PERFECT JOB FOR A NECROMANCER

Magic: The Hidden Planeswalker #2 doesn’t have much momentum. In fact, we spend most of the issue discussing the vision in a library. It isn’t until the last third of the comic does the action and plot move forward. The story spends a great deal of time on methodical discussion and inner monologues from Liliana. The comic is incredibly well thought out despite the slow pacing, and I enjoy the protagonist’s inner thoughts. I’m just concerned that we aren’t really getting far into a plotline and that there isn’t enough tension to make the climax of the story arc worth it. Perhaps we are setting up Lilianna’s downfall because I am invested in her character.

The main attraction to this comic is how well the comic is drawn and colored. Each page has impeccable detail and is enjoyable to stare at. But the pacing of the story is a bit slow. 3.5 out of 5 stars for Magic: The Hidden Planeswalker #2

Magic: The Hidden Planeswalker #2 explores the character of Vess in detail at the expense of pacing. However, the art is spectacular.