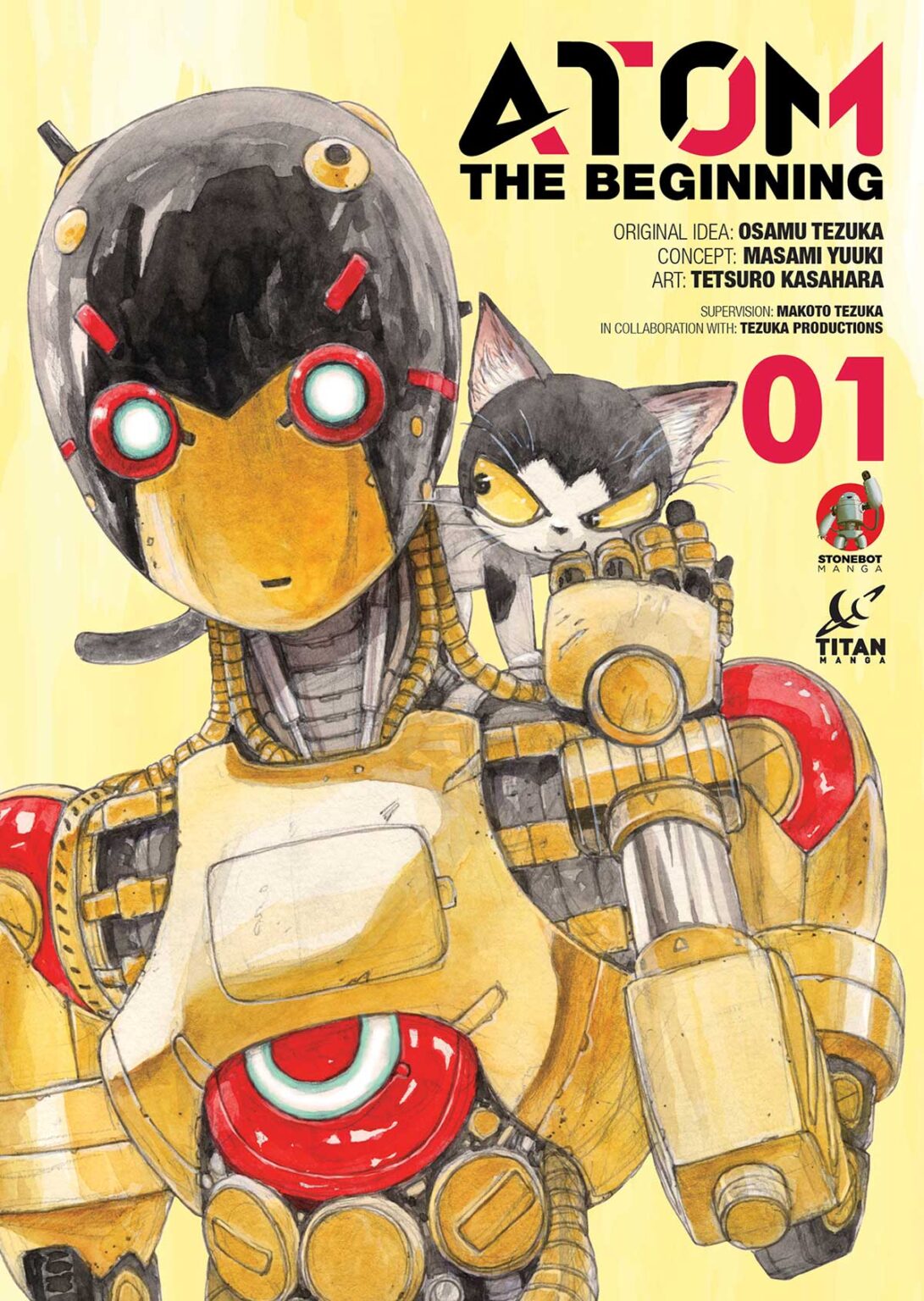 ATOM: The Beginning is an original manga based on the God of Manga Osamu Tezuka’s world-famous series Astro Boy. It works both as a prequel to the original series, telling the stories of the developers of the artificial intelligence that would eventually give birth to the iconic Atom, and as a stand-alone sci-fi manga about the turbulent lives of two robotic engineering students and their latest revolutionary project: the unassuming yet insanely strong A106, or “Six.”

Created by Masami Yuki and Tetsurō Kasahara, ATOM is a beautifully drawn, action-packed thrill ride, perfect for fans of Battle Angel Alita and Ghost in the Shell, filled with heart and humor and a lovable cast of characters!