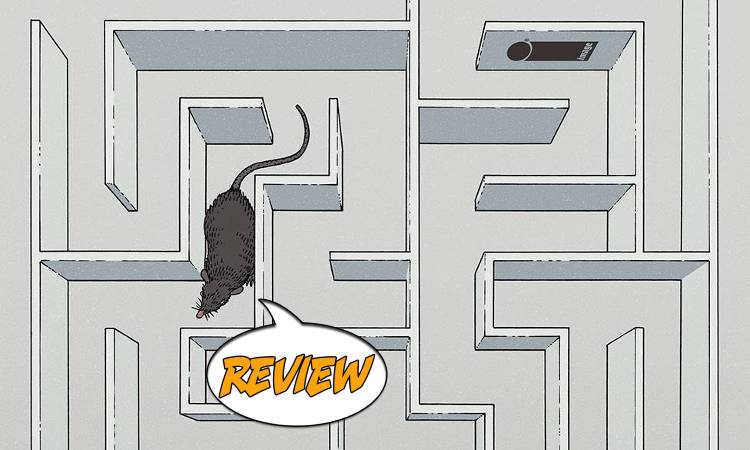 Every pill is a placebo, and every group is a control. If not laughter, what IS the best medicine? Your Major Spoilers review of Ice Cream Man #30 from Image Comics awaits!

Previously in Ice Cream Man: Sometimes, writing the “What Has Gone Before” section is difficult, but it’s never more so than with a book like this.  The basic gist is that there’s this dark force in the universe that manifests itself as a seemingly innocent purveyor of sweets but is in fact a multi-limbed monstrosity of cosmic unpleasantness.  Whether that’s garden-variety body horror, existential angst, fear of the abyss, or just plain ol’ nightmares varies.

A PLANT OF GENUS LILIUM RICCARDUS

As we open, two men are being briefed on their participation in a clinical trial of a new drug called Neuramaze, known for creating vivid hallucinations in patients who take it. Malhar is going into the study blind, while Kenny has been told that his dose will be the control and that he’ll be taking sugar pills as a placebo.

As things progress, Malhar hallucinates monsters in the woodwork, strange creatures in the corners, and all manner of horrors, while Kenny only notices that the only thing on TV is an infomercial… for the Ice Cream Man. Then, as the study continues, not only does Kenny get real meds, he gets DOUBLE the dose that Malhar gets, leading him to obsess over the things that the Ice Cream Man tells him, only to have Doctor Benjamin repeatedly ask him, “How does that make you feel?”

SIDE EFFECTS INCLUDE ENTERTAINMENT

After last issue’s less-successful story, I am happy to report that the Ice Cream Man is up to his old tricks and that Prince and Morazzo are, too. The twists in this issue are quite entertaining, and after the thing that I saw coming happened, there were two more HUGE things that I didn’t even see coming. And then, the final page puts the final, perfect fillip on the disturbing events The visuals here feature several callbacks to previous horrors brought to us by Riccardus/Rick, with a new focus on the absolute revulsion that is crustaceans. Morazzo excels at drawing average people who actually LOOK like folks you might even know, then combining them with bizarre and off-putting imagery worth of Hieronymus Bosch, taking the mundane terrors of healthcare and making them alien and positively Lovecraftian, with a twist ending that Rod Serling would appreciate.

BOTTOM LINE: ASK YOUR DOCTOR IF ICE CREAM MAN IS RIGHT FOR YOU

If you’ve never read this title, Ice Cream Man #30 will feel like a nightmare, while seasoned readers will find this a return to form for a book whose issue include far more hits than misses, with eerie art that’s not nearly a disturbing as the part of the story that was just about going to the doctor, earning 4 out of 5 stars overall. If you’re looking for a horror-tinged existential comic book with a surprise ending that really lands, this is the comic book for you.

Don't read this one alone in the dark, but do read it. It's quite good.