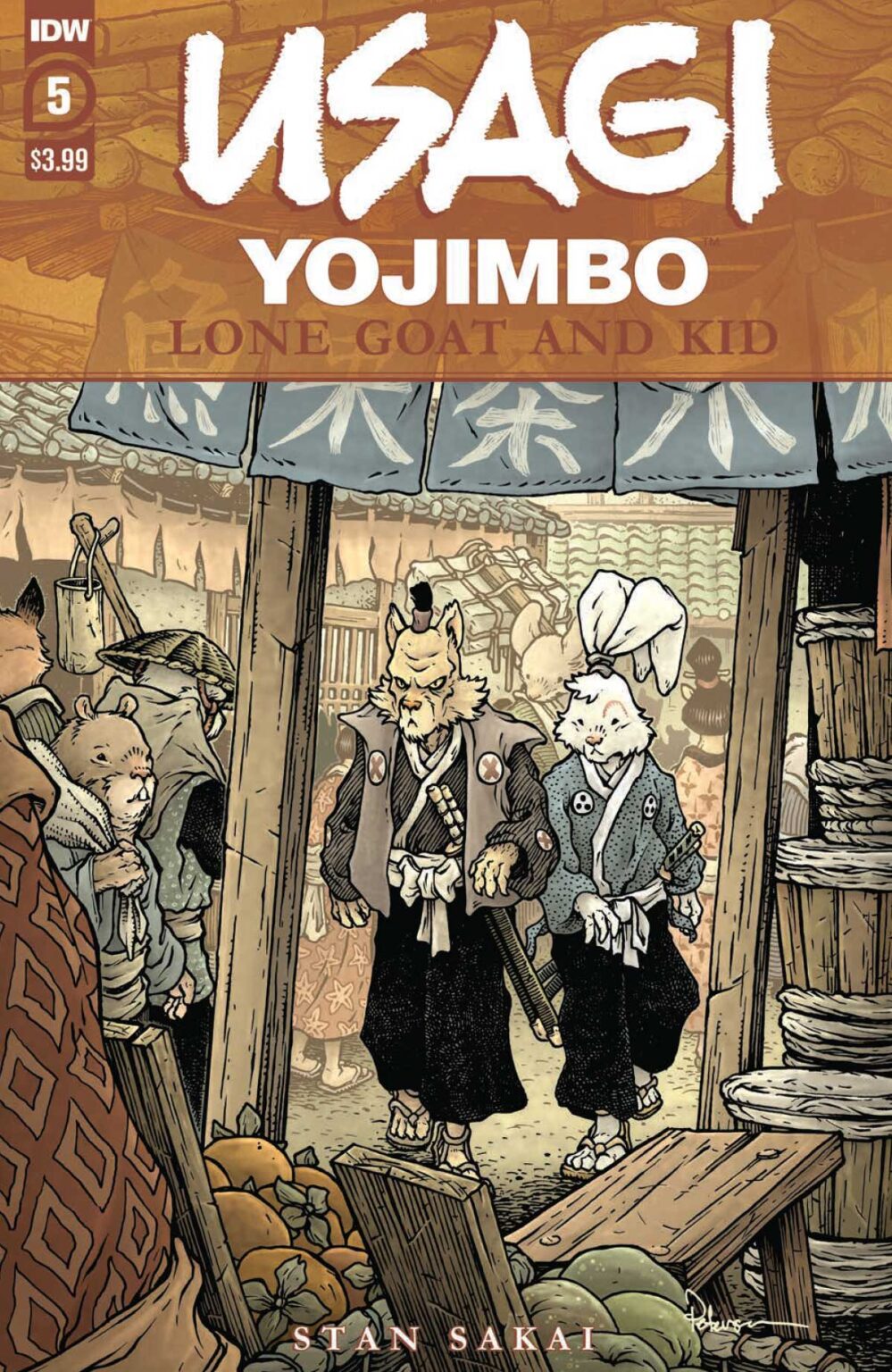 USAGI YOJIMBO: LONE GOAT AND KID #5
(W) Stan Sakai (A) Stan Sakai (CA) David Petersen
The Way of the Samurai
Usagi befriends a famous general from the Great Wars. General Oyaneko was a loyal vassal to his late lord, but his son had refused to listen to his counsel and demoted him to become a magistrate to a small provincial town. Now disgraced and with no lord to serve, the General feels there is only one way to regain his honor as a samurai: challenge Usagi to a duel to the death.
In Shops: May 25, 2022
SRP: $3.99