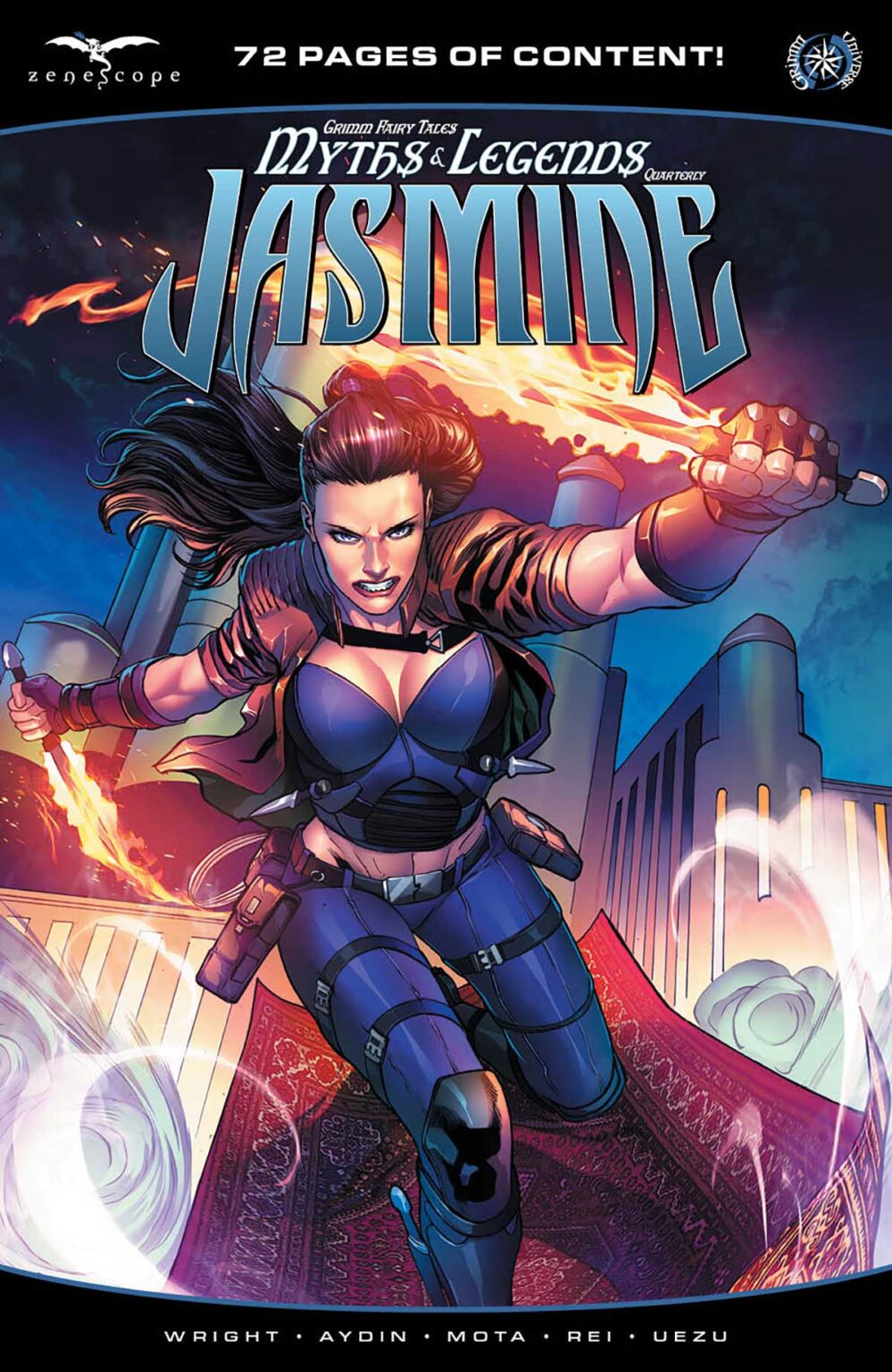 The war raging in the shadows of the Grimm Universe leaves no one unaffected, including ex-genie and fire-dagger wielding heroine, Jasmine. She was on the front lines of the initial attack and hasn’t been seen since that first strike. Lost and separated from her friends, she finds herself back inside the last place she ever wanted to be, the world within her lamp! Now, Jasmine must embark on an epic mystical journey to escape the prison she finds herself in, but what secrets will she uncover about her past along the way, and what answers do they hold for her future–and the future of the Grimm Universe?