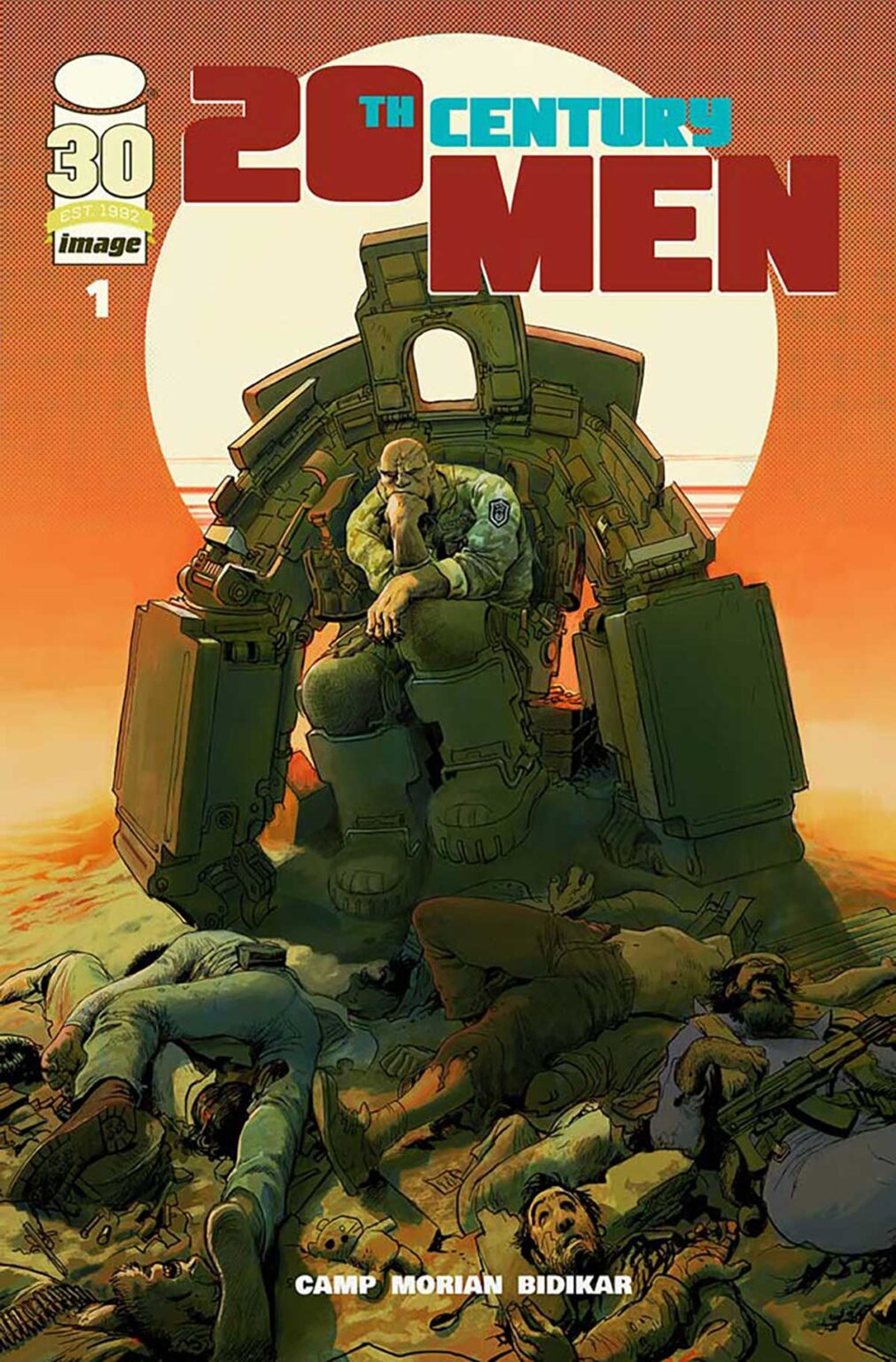 The six-issue mini-series is described as dark, speculative fiction, in this series description from the publisher:

At the end of the 20th century, superheroes, geniuses, madmen, and activists rush towards WWIII! A Soviet “iron” hero, a superpowered American president, an insane cyborg soldier, an Afghan woman hellbent on building a better life for her people—these strange yet familiar beings collide in a story that mixes history, politics, and comic book mythology into something totally new. Welcome to 20th Century Men, where the edges of our reality and fiction touch, overlap…and then explode.