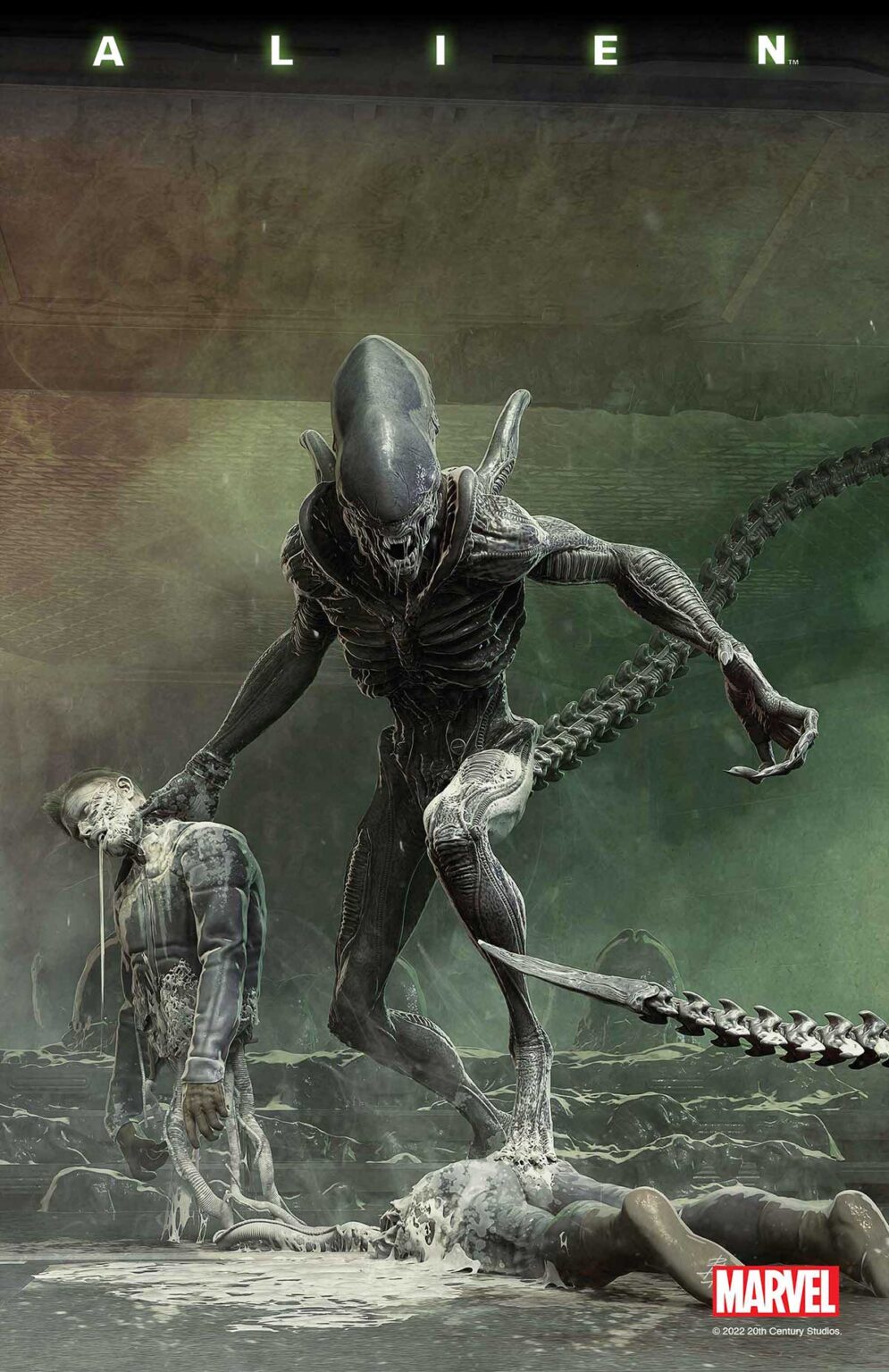 There’s a new Alien series coming our way at Marvel Comics from writer Phillip Kennedy Johnson and artist Julius Ohta that promises to expand the mythos of the xenomorphs.

A small colony of synths have settled in secret on a backwater moon. When a company of United System soldiers come to them for help retrieving biotechnology on a hostile planet that could be the key to saving humanity, the synths must decide whether the prospect of peace between man and machine is worth the risk of betrayal. “Writing season one of Marvel’s Alien was a horror fanboy’s dream come true,” Johnson said in a press release from Marvel Comics. “We got to tell exactly the story we wanted to tell, bringing horrific new species of Xenomorph to life while also exploring the themes of family and corporate distrust that are such a crucial part of the films. And as much as I loved our season one, we’re outdoing it in every way in the new series.