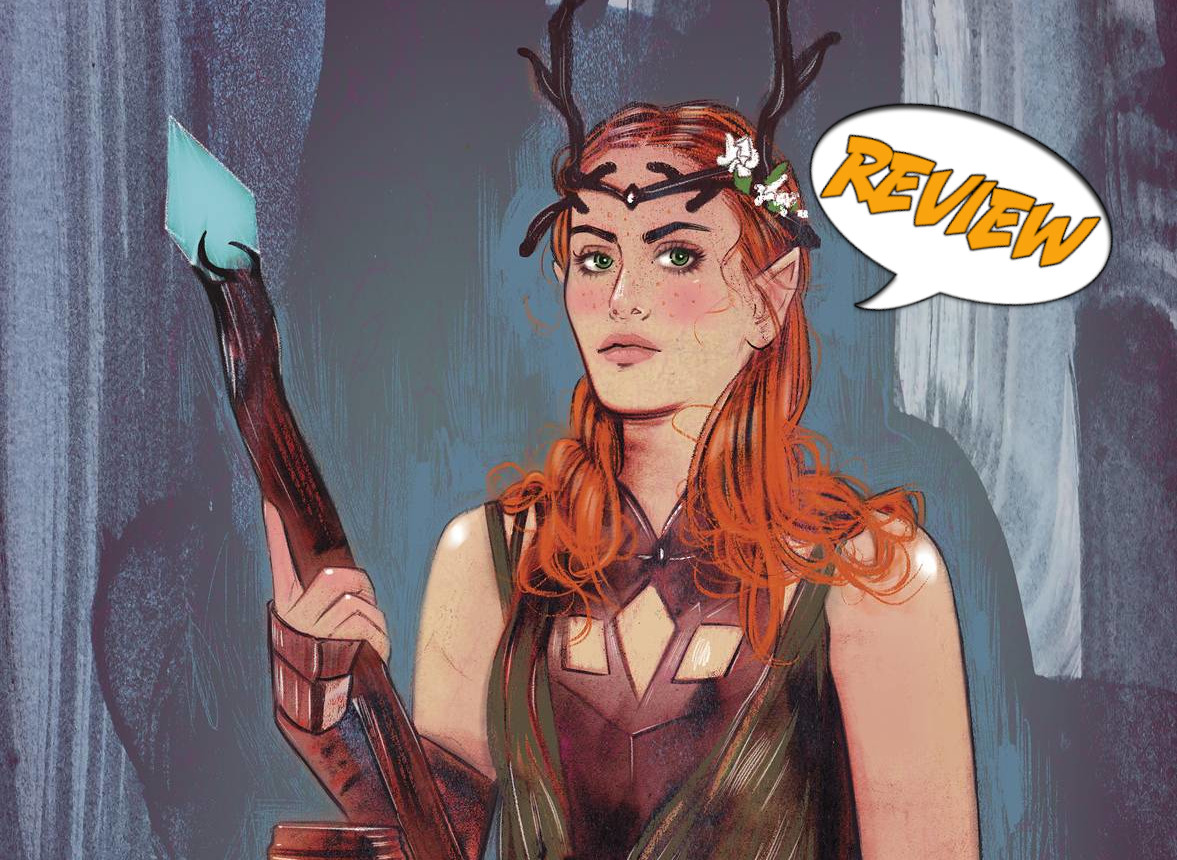 Vox Machina arrives at Emon to clear the Realmseer’s name. However, Emon has history, and not all of it is pleasant. Find out what happens in Critical Role: Vox Machina Origins III #6 by Dark Horse Comics!

Previously in Vox Machina Origins: Eskil Ryndarien is imprisoned for the Skysunder attack. When Vox Machina questioned Eskil, Eskil cast a scrying spell on the crystal egg’s source. This pointed Vox Machina to Emon and the Clasp.

Vox Machina Origins III #6 starts with Vox Machina entering Emon and immediately heading into a tavern. They notice a job board that catches Vex and Vax’s attention as they discuss their next move. Apparently, Sir Gregory Fince is missing, and the job is posted by the twin’s father, Syldor. The group accepts the job but realizes that this may not get them closer to the Clasp. So the party splits, and Vex takes Grog, Percy, and Keyleth to search Sir Gregory’s house while Vax takes Scanlan and Pike to visit the Clasp.

A WHOLE LOT OF NOTHING

I haven’t followed this title very closely. And I’ll admit that I only sporadically watch the show. When I saw that this was the final issue of the series, I thought Vox Machina Origins III #6 would be filled with action. They were going to wrap up some cool plot points in an engaging way. Instead, I felt that I just got exposition to their next story. I don’t have a problem with comics like that, but why isn’t this the first issue of the following series? Since I’m not consistent with watching the stream, I don’t have any hype for the easter eggs embedded within the story. There wasn’t much to latch onto besides looking at the incredible character and city design.

BOTTOM LINE: NOT MUCH HAPPENS

Vox Machina Origins III #6 seems a little misleading. It didn’t have the epic conclusion that an issue 6 of 6 should have. However, I think people following the comic series or web show will find many cool things in this. But for me, this is a 2.5 out of 5 stars.

Vox Machina Origins III #6 seems like an exposition for the next series rather than a thrilling conclusion to the current one.