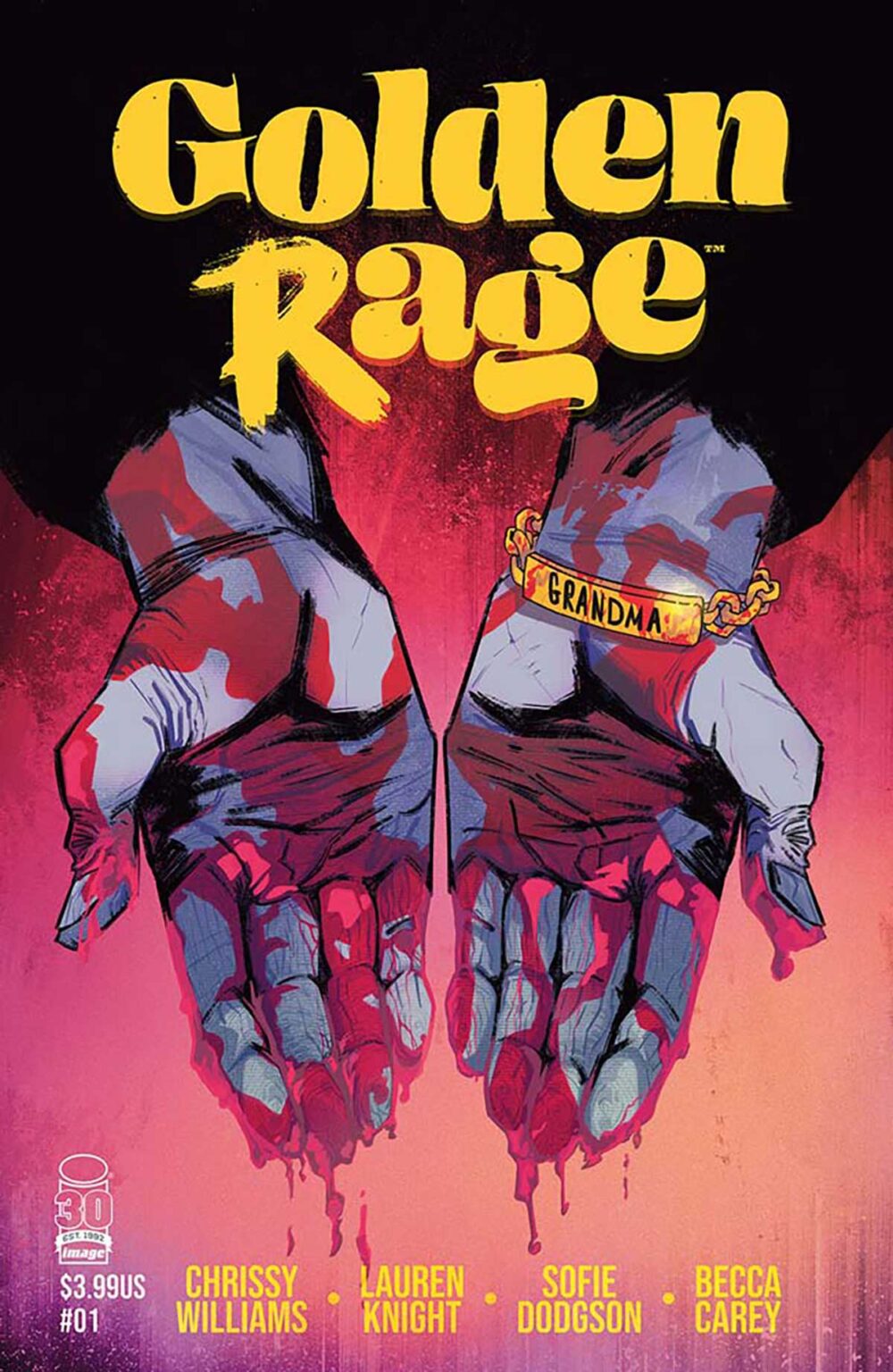 “Old women are formidable—I wrote Golden Rage to reflect that,” said Williams in a press release from Image Comics. “These characters are tough, capable, kind, and funny. I’ve fallen in love with the combination of cake and stabbing weapons, and hope you will too.”

In a world where older women who’ve been deemed useless to society are abandoned on an island, Golden Rage documents their golden years of making friends, baking dessert, and fighting to the death for survival.

Knight added, “My brand is Angry Women and Golden Rage let me play around with characters we don’t get to see enough of in media. Read this if you’re looking for great examples on how to age disgracefully and for granny-on-granny violence with a gratuitous side helping of heart.”