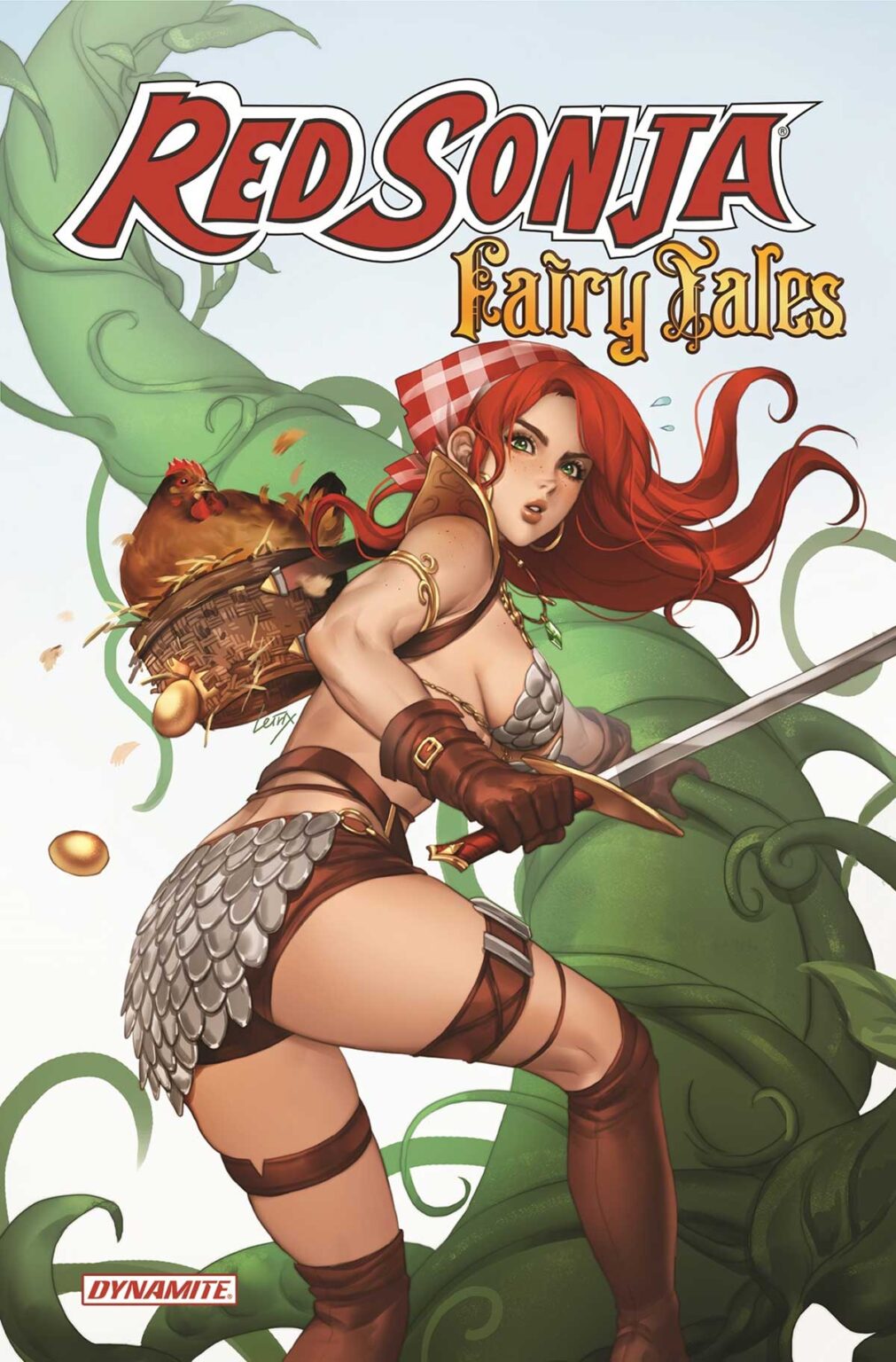 Red Sonja stumbles upon a mysterious giant bean stalk, suddenly sprouted from the Earth via magical beans. Atop the imposing climb resides some captivating treasure – oh, and also a giant craving human flesh and bones. The She-Devil With a Sword has never turned down a battle like this before, so readers shouldn’t expect anything less than thrilling action as she overcomes her latest foe. Writer Jordan Clark (Samurai Sonja, Aquaman) spins this yarn.

Mirror, mirror, who is the fairest of them all? On the planet Barsoom, that would be the one and only Dejah Thoris. Which means the envious queen has struck the Princess of Mars out into the wilderness. Only to make countless friends and allies in her exile, unlike any she’d seen before. Her time will come to return to the queen and lay claim to her rightful throne. Ron Marz (Silver Surfer, Green Lantern) returns to the Warlord of Mars mythos following his celebrated 2014 take.

Last but certainly not least, Vampirella gets an extra accessory for her iconic costume, as she rocks a famous red hooded cape. With story by Soo Lee, Vampirella is off to deliver wine and cake to her beloved grandmother. A horrid, fanged beast stalks the woods, hunting easy prey. Little do they know their prospective victim has her very own fangs!

The Fairy Tale one-shots are scheduled to arrive in August 2022.