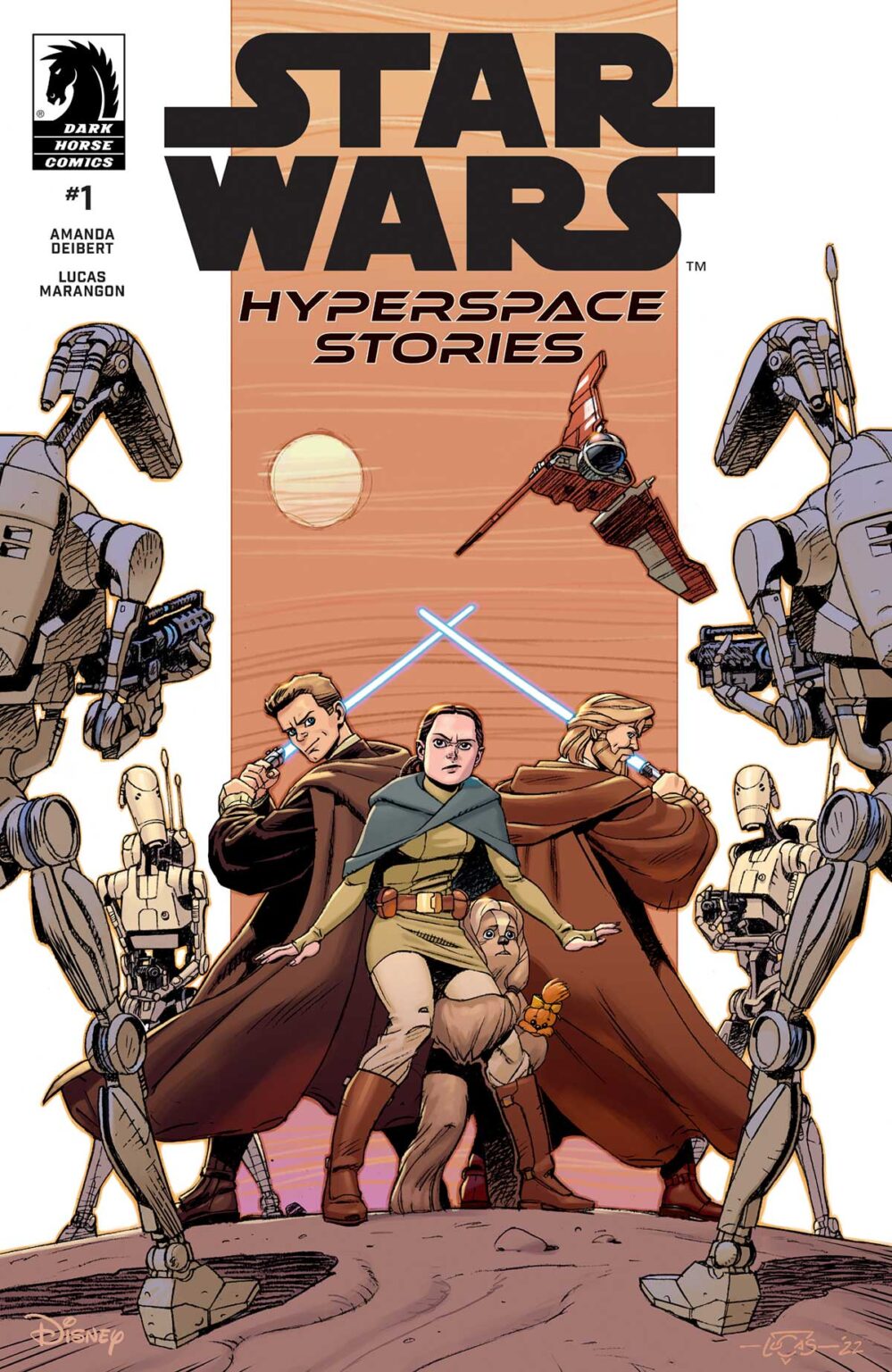 Here is what we know about the first issue:

When the members of a Republic mission led by Senator Padmé Amidala™ are abducted by the ruthless Separatist General Grievous™, Anakin Skywalker™ and Obi-Wan Kenobi™ jump to the rescue. But the operation quickly goes awry, and the Jedi™ find themselves cut off and surrounded by an army of battle droids!

Star Wars: Hyperspace Stories is a twelve-issue mini-series, with issue #1 arriving on August 10, 2022.