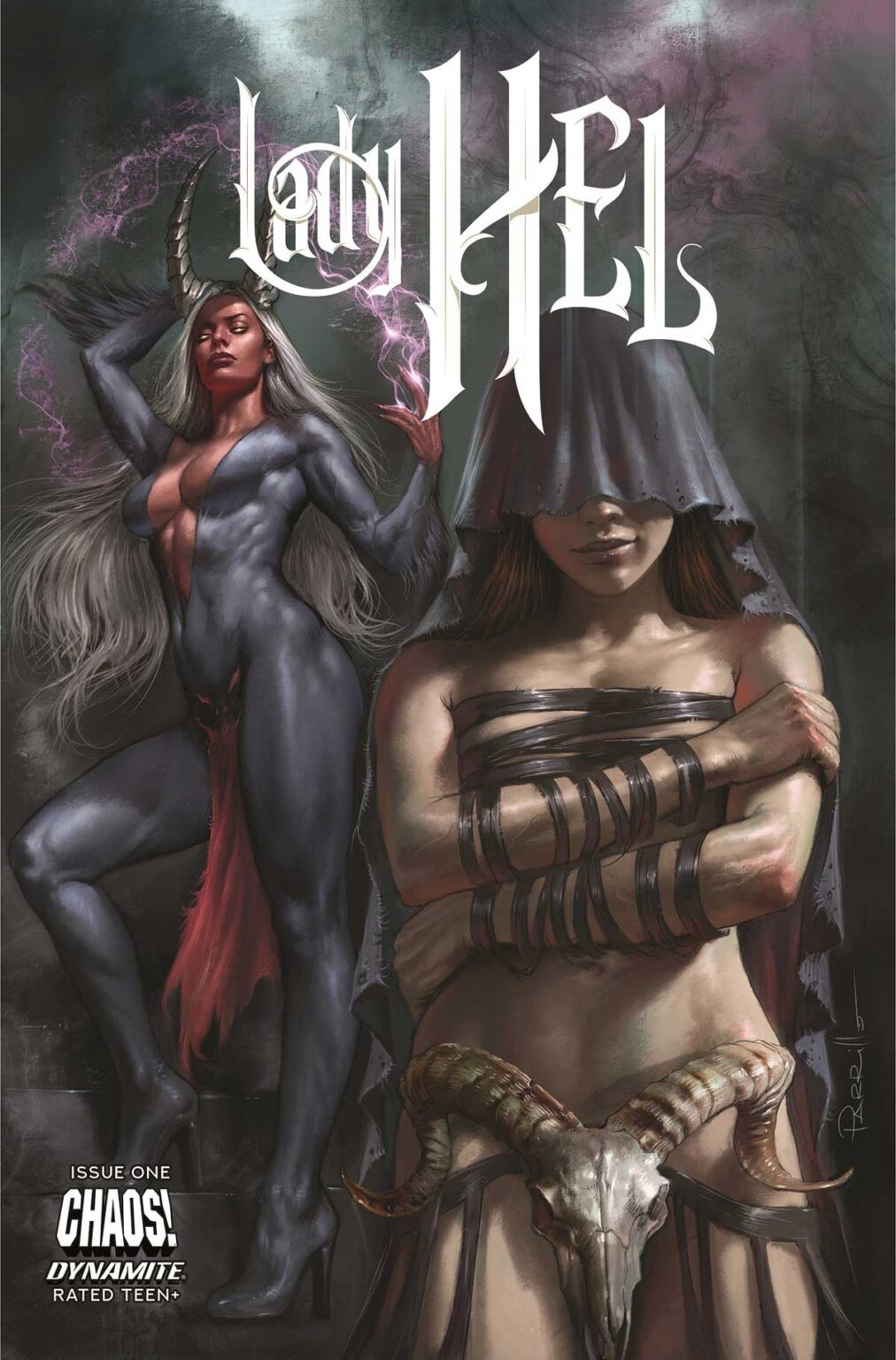 The mysterious Lady Hel is the ultimate personification of death itself. Or well… she was. After messing with the half demon, half vampiress Purgatori, her authority and powers were stripped away by Purgi. Now deposed, Lady Hel must find a way to claw her way back to her rightful throne, by any means necessary.

While Lady Hel attempts to conquer this quest, with barely a scratch of her former powerful abilities, her enigmatic opposite in Lady Demon can’t be far behind. In this tale of horrific gods and monsters, there is bound to be plenty of clashes between them, and fans won’t want to miss this ripping and tearing action!

“I was intrigued by Lady Hel during the little bit I got to use her in the Red Sonja: Age of Chaos mini, she seemed like a character that would fit well into a story with tropes from across mythology, which is one of the kinds of stories I love to tell,” said writer Erik Burnhamin a press release from Dynamite Entertainment. “Turns out that that was exactly the case, and between that and the place her character was left after the Vampirella vs. Purgatori miniseries, I got to have a lot of fun playing with different kinds of underworld lore. It’s been a blast!”