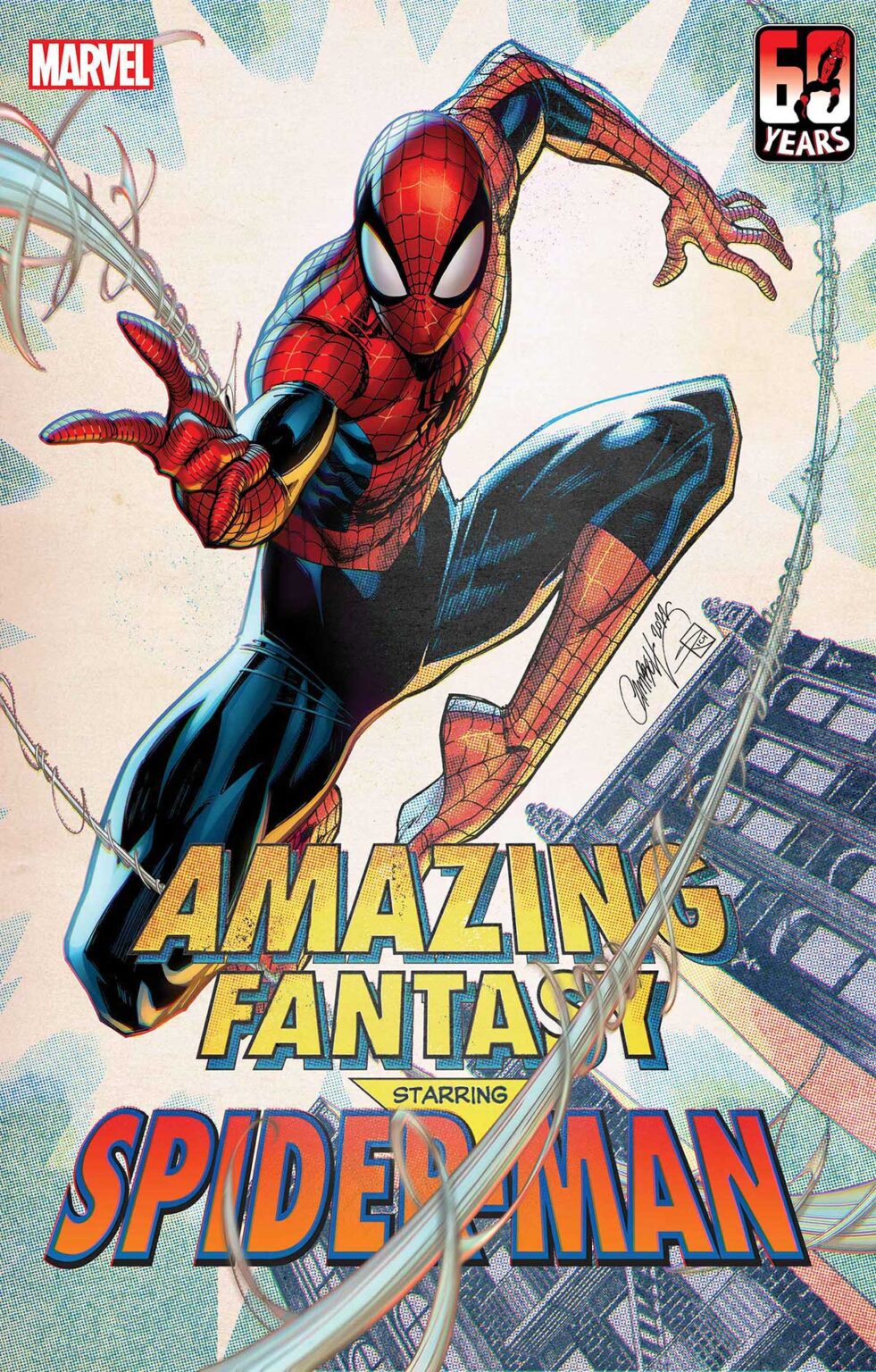 In August, Spider-Man celebrates 60 years, and Marvel Comics plans to release Amazing Fantasy #1000 to celebrate. The giant one-shot will feature a cover by artist J. Scott Campbell, and we have a look at the issue, after the jump.

“It’s a thrill and an honor to create cover art celebrating the 60th anniversary of characters that have become so iconic and ingrained in our culture,” Campbell said in a statement sent to us from Marvel Comics. “I really wanted to make images that would have a visual bridge from the pulpy 4 color origins of these monumental heroes to the modern day slick coloring and production we are now all familiar with.”