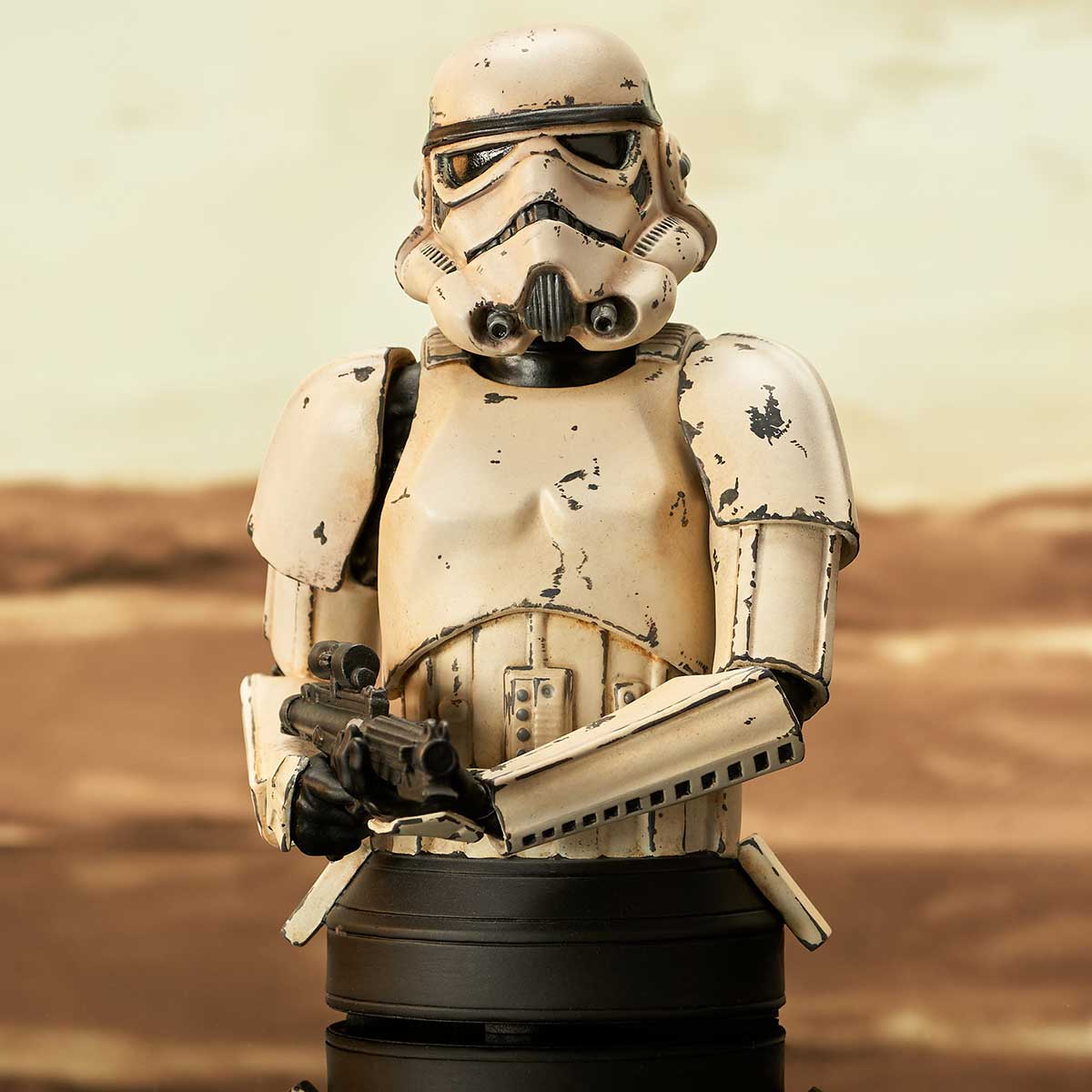 Next week is the big Star Wars Celebration in Anaheim, California, and Diamond Select Toys and Gentle Giant Ltd. will have a booth at the event to show off new merch.

Here are two exclusives that will be at Booth 1719:

A Gentle Giant Ltd. release! Once, the Imperial Stormtrooper was a proud breed, serving the Empire faithfully and relentlessly. But now that the Empire has fallen, so has the Stormtrooper, often selling their services to the highest bidder. This 1/6 scale, approximately 6-inch mini-bust of a battle-scarred Remnant Stormtrooper includes interchangeable arms holding an E-11 blaster and a DLT-19 heavy blaster rifle. It is limited to only 1000 pieces, and comes packaged in a full-color box with a numbered certificate of authenticity. ($120)

A Gentle Giant Ltd. release! From the glory days of the Empire, it’s the Imperial Commander! Faithfully reproducing the vintage Star Wars: The Empire Strikes Back figure from 1980, but in a 12-inch scale, this 1/6 scale figure includes his original blaster, and comes packaged on a resealable clamshell blister card, with vintage-style artwork. Limited to only 500 pieces! ($80)