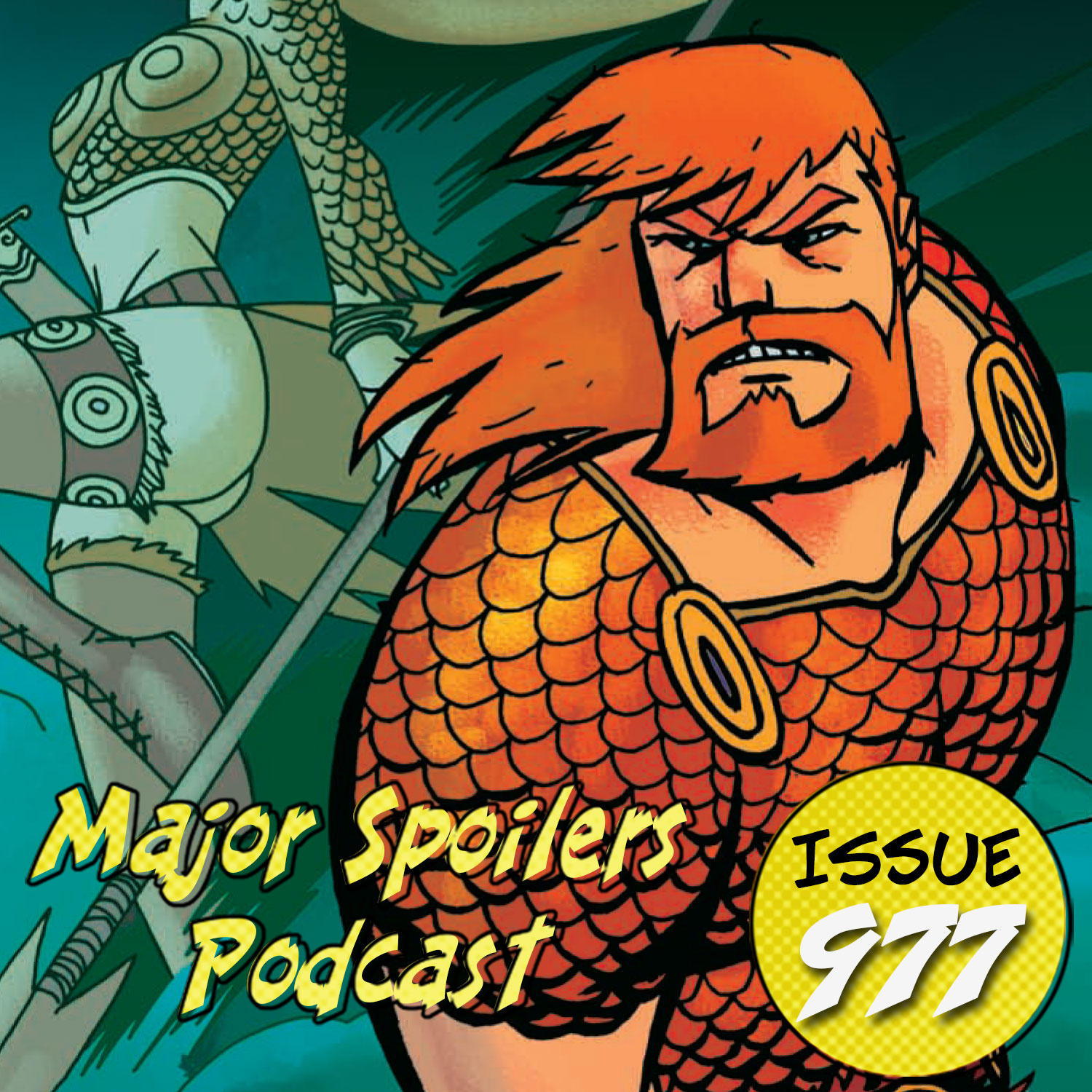 We warriors take on Thorr and the rest of the gods as we explore Hammer of the Gods this week. We review The Fall Guy (yes, THAT Fall Guy), Micro-Face: A Planet Money Comic Book, Mindset #1, and Marvel’s Voices: Identity.

Bidding begins on the 27th of May, with the live-action auction running between the 16th to the 19th of June. And it's for a piece of comic book cover artwork destined to break records.

A new series of " Black Mirror" is in the works at Netflix, Variety can reveal. It's been almost three years since Season 5 of the dystopian drama premiered on the streaming service in June 2019, but sources indicate that a new anthology series of "Black Mirror" is shaping up, and casting is now underway.

Marvel Studios chief Kevin Feige came out to excite the crowd at Disney's Tuesday upfront presentation to advertisers in New York City. Among the MCU treats Feige brought were the trailer and premiere date for Tatiana Maslany's "She-Hulk: Attorney at Law" and revealing that "Loki" Season 2 will be going into production in the coming weeks, with its entire cast returning.

STEPHEN
MICRO-FACE: A PLANET MONEY COMIC BOOK
Writer: Alex Segura
Artist: Jamal Igle
Publisher: Planet Money
Release Date: May 11, 2022
Cover Price: $6.99
Planet Money went searching through thousands of public domain characters and fell in love with the 1940s sonic avenger Micro-Face. He was everything a podcast could have hoped for: super-sensitive hearing, photoelectric vision, and the kicker — a microphone strapped to his face.

Everyone owns the old version of Micro-Face. But today, for the first time, Planet Money is announcing a new version that we can truly (and legally) call our own. Sam Salazar is a talented young business radio reporter — yes there will be economics learning — who is chasing the story of a lifetime. In the process, he discovers his grandfather had a secret life as a Golden Age superhero. Join Sam as he uncovers his family history, digs into a complicated business plot about private equity and takes up the mantle of his grandfather, the original Micro-Face.

This is your chance to be part of Micro-Face’s new beginning. We will be spending the next couple of months making this comic book, sharing every step of the process with you. And then, you will receive a first edition copy of Planet Money’s Mysterious Micro-Face #1.

You can purchase this issue via this link - https://shop.npr.org/products/micro-face-planet-money-comic-book

You can purchase this issue via our Amazon affiliate link - https://amzn.to/3Mq7OqS

RODRIGO
MINDSET #1
Writer: Zack Caplan
Artist: John Pearson
Publisher: Vault Comics
Cover Price: $4.99
Release Date: Jun 29, 2022
When an introverted tech geek accidentally discovers mind control, he and his friends do something unexpected - they put the science into an app to help users break their technology addiction. But as their Mindset app achieves a dangerous cult following, lies, conspiracies, and murder come to light. Are they helping people or controlling them?

You can purchase this issue via our Amazon affiliate link - https://amzn.to/3NkHWg1

Usually when a show is created, the theme is written to reflect the show. But with 'The Fall Guy' it was the other way around. Producers already had the them...

HAMMER OF THE GODS
Writer: Michael Avon Oeming, Mark Wheatley
Artist: Michael Avon Oeming
Publisher: IDW Publishing
Release Date: 2002
Vikings just want to have fun! Of course, their idea of fun involves sharp-bladed weapons and lots of blood. Sadly, Modi's suffering under a curse and if he ever touches a weapon he will lose his soul. Worse still, he's obliged to a fight-to-the-finish with the God Thorr