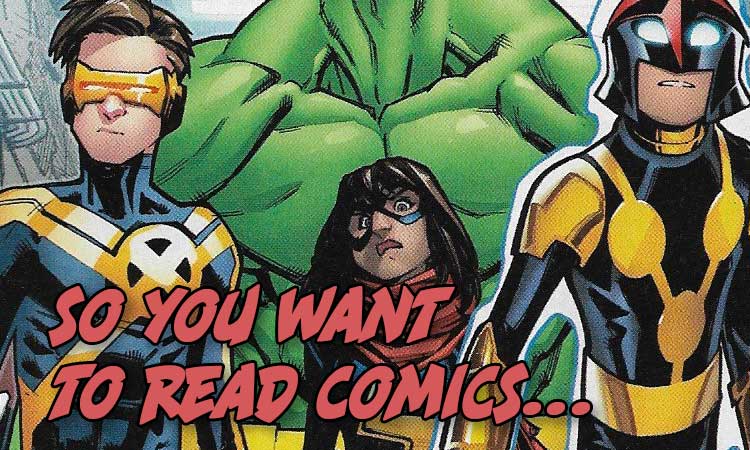 So You Want To Read Comics: Camping Edition

We’re making s’mores in this week’s “So You Want To Read Comics”.  This is our weekly feature where we take a look at a single topic or genre, then give you two comic book recommendations, perfect for new readers, based on that topic or genre.  This week, we’re taking a look at camping.

In 2021, people in the United States spent nearly 850 million dollars on camping equipment, bookings at campsites rose 500% since 2019, and close to 11 million children and young adults attended some version of a summer camp. So, it’s needless to say (but I’ll do it anyway) that camping is pretty popular.  Whether it’s rustic backpacking in the wilderness or “glamping” with easy access to many modern conveniences, people are going out of their way to try and surround themselves with nature.  For a lot of people, many a formative memory has been created while sitting around a campfire or listening to the sound of birds on a brisk morning with nothing but the sky above.  It’s this affection for the hobby that has led it to be used in many different pieces of media, from novels about young kids going to live alone on “their” side of a mountain, to many, many, many, teenagers being murdered by serial killers while away at camp.

Here are a couple of comics that feature camping that are great for people looking to get into comic book reading.

There’s nothing like a camping trip to really bring people together.  At least that’s the case here in volume one of this comic series.  For some background, The Champions are a team of young heroes who grew tired of the way the adult heroes seemed more concerned with fighting than actually helping people, so they set out to pick up the slack.  In this volume, the team decides that they need to bond, so they head to the woods.  Tension, boyish posturing, even some romance, all things that are bound to happen during a camping trip with no parental supervision, ensues. Being that this series features some well-established characters with their own solo series, this is a pretty decent way to springboard into Marvel comics, without needing to be very familiar with other things going on in the universe.

There’s something about being stuck in the middle of the woods, with other kids, forced to interact with each other, that really enhances the teenage angst and anxiety.  That goes doubly for Vera, a Russian girl from a lower-income family trying to fit in in the suburbs, who is then sent to a summer camp designed for Russian immigrant children.  The summer that follows is filled with life lessons, funny observations about her scenario, and mishaps as she learns to survive nature.  Be Prepared has been praised by many for being a funny yet real look at what it’s like to feel out of place, even while being somewhere that promises to be perfect.  The writer of this graphic novel has many others touching on different themes but with the same light-hearted but unflinching approach as this one, so if this one does it for you, check out her other works.

What are your favorite camping stories? What did you think of these recommendations? Let us know in the comments section below.