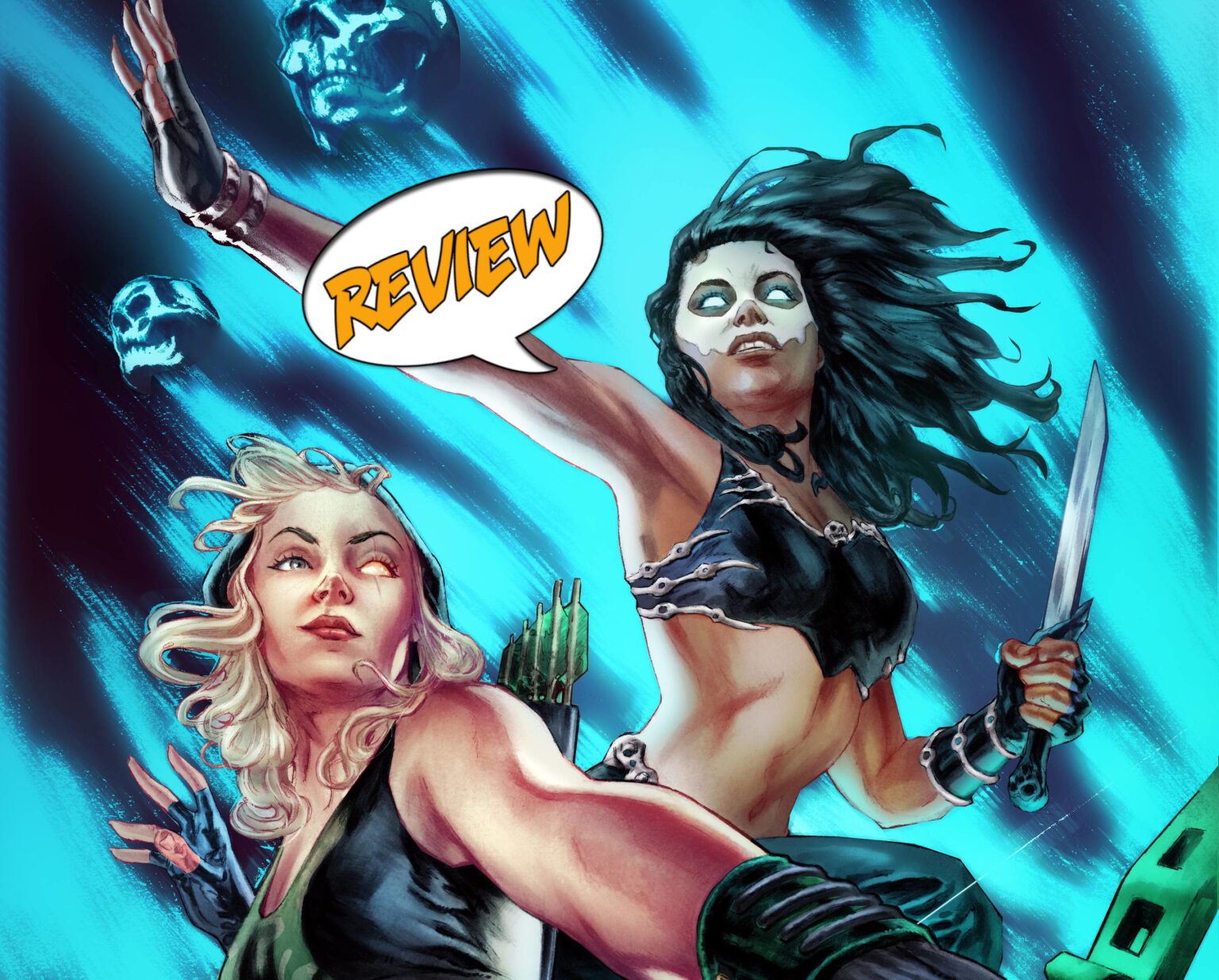 Robyn and Mystere are being hunted by Reichhardt Fuchs! Find out if they can survive in Robyn Hood: Hearts of Darkness by Zenescope Entertainment!

Previously in Robyn Hood: Robyn Hood was once a Children of Darkness. Recently that darkness has been expelled from her. Mystere is a necromancer that can summon spirits to aid her. Due to their past, they are being hunted by the monster hunter, Reichhardt Fuchs, who only sees Robyn and Mystere as evil creatures.

Robyn Hood: Hearts of Darkness starts with the backstory for Reichhardt, or Richie, but quickly shifts perspective to Robyn. Robyn is flying into New Orleans and meets up with Mystere. Their first stop is to visit Talisman in the hospital. However, Talisman is targeted by the Viper, but Robyn and Mystere scare the intruder off. They trail the assassin to the roof, finding Fuchs with a cyborg arm. After a fight scene, Richie and the Viper make an escape. We then receive a flashback about the death of Fuchs’ wife and the Viper’s mother.

The next day, Mystere gets a letter to meet them in a national park nearby. A place that is likely riddled with traps. Both heroes knew they were walking into a trap and remained on high alert. After a few close calls, Mystere fights Fuchs while Robyn runs after the Viper. The Viper realizes that her father is wrong and that our protagonists are not evil, and both head back to Mystere. Fuchs activates another trap as they arrive, but it hits his own daughter instead!

I understand Richie and his motivations in Robyn Hood: Hearts of Darkness, but it failed to grab my attention. Maybe it was my energy level when I reviewed this comic, but I found the story predictable. And I ended up on this weird tangent about raising my own daughter and how it impacts my own dreams and goals. Richie is blinded by his desire for revenge, and the Viper became a killer and hunter. That concept is the most exciting part of the story, but I don’t think it is explored very much in the comic. The conflict arises with Mystere and Robyn trying to track down Richie. And the problem is that the protagonists never really struggled with this issue. It never felt like they were in genuine danger, and therefore the conflict wasn’t enjoyable.

However, the art of Zenescope is always dynamic, and the characters are engaging. Perhaps this book is setting up something in future issues. If the Viper is truly dead, I can see Fuchs using Mystere’s powers to talk to his daughter. Good work overall.

Robyn Hood: Hearts of Darkness needed more conflict and tension. While the premise is alright, it failed to keep up my engagement. With that in mind, this comic receives 3 out of 5 stars.

Robyn Hood: Heart of Darkness seems to focus more on establishing the villains than setting up an engaging story.