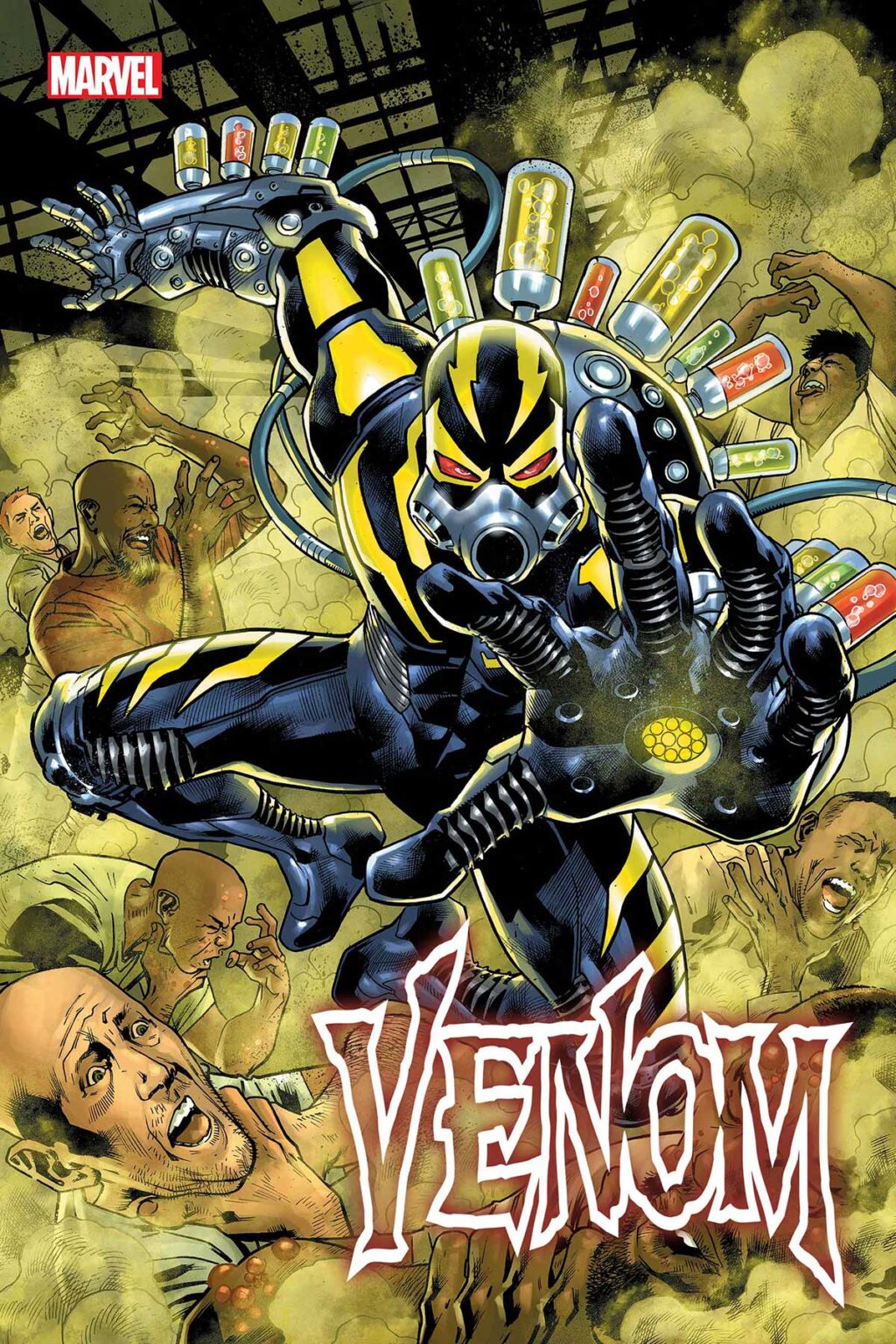 Al Ewing, Ram V, and Bryan Hitch continue their run on Venom by introducing a new look for the Sleeper Symbiote in Venom #11 from Marvel Comics.

Kicking off a three-part story called “VENOMWORLD”, readers will see Eddie and Dylan Brock’s journey take a sharp turn as they deal with the shocking revelations of VENOM #10. Dylan is still at the mercy of Bedlam while Eddie battles his way across the cosmos, discovering more about the symbiotes than ever before. And the hits keep coming as the SLEEPER symbiote joins the fray with a deadly new look… “Working on Venom has been a surprise, honestly. I wasn’t really familiar with the symbiote world before I drew the first pages of issue 1 but it’s been a hugely entertaining world to explore,” Hitch explained in a press release sent to Major Spoilers from Marvel Comics. “Al and Ram’s story (and it is a massive long-form epic) has given me so many different threads to play with from personal drama and urban action to all of space and time. I had to learn to draw cats for this book, not just symbiotes and Sleeper has become a favorite one to play with. We haven’t seen him too much but that’s about to change as he’s getting serious and upping his game. He’s bringing a new element and a new player into the symbiote world with Sleeper Agent. Chemical and biological warfare. This cover reveal is really only the first phase of Sleeper Agent’s look. They are symbiotes, after all…”