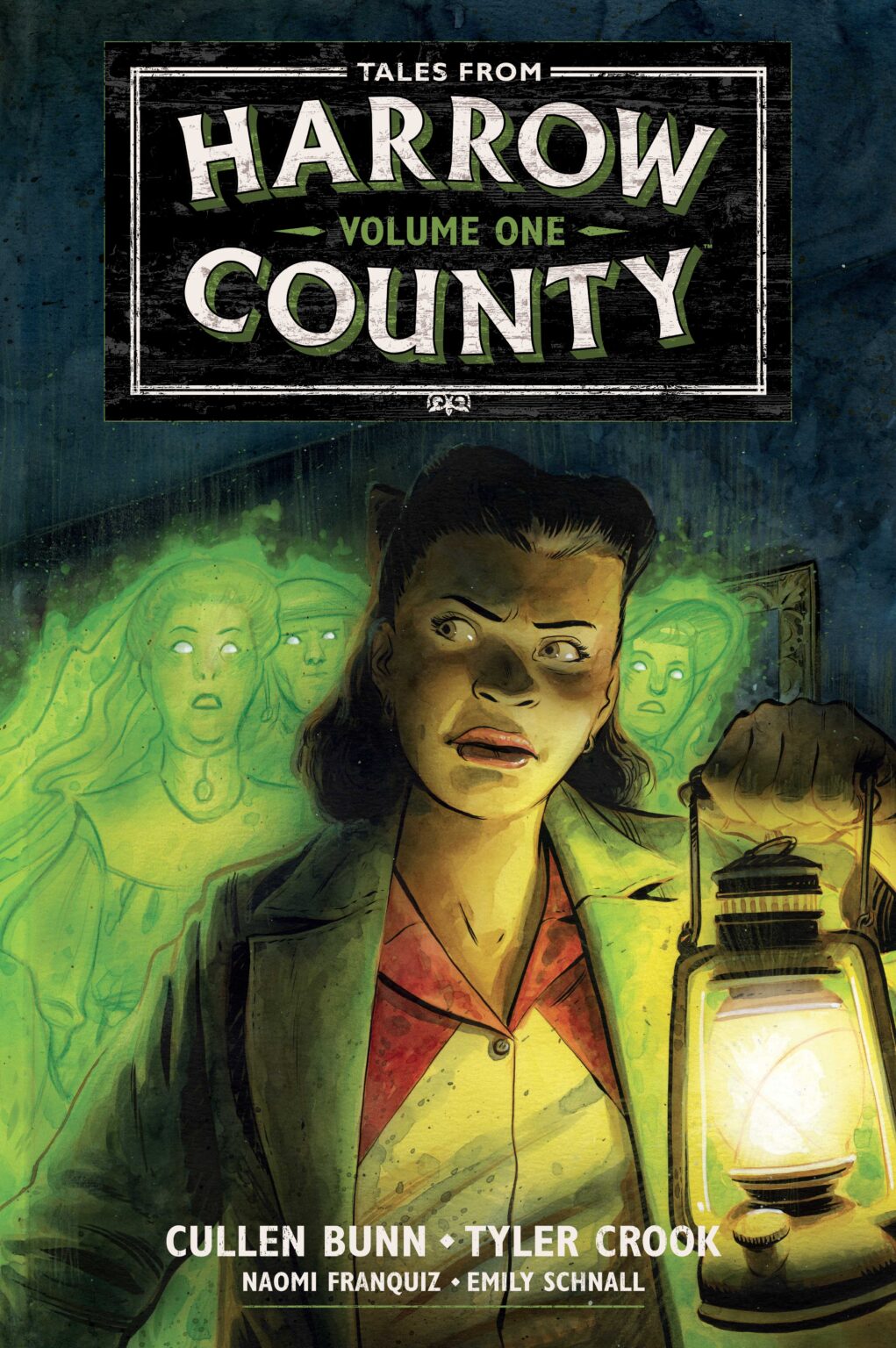 Dark Horse Comics announced it is collecting Tales From Harrow County in two oversized library editions which will arrive in October 2022. In Death’s Choir, ten years have passed since Emmy exited Harrow County, leaving her close friend Bernice as steward of the supernatural home. World War II is in full swing, taking Harrow’s young men and leaving the community more vulnerable than ever—and when a ghostly choir heralds the resurrection of the dead, Bernice must find a solution before the town is overrun.

In Fair Folk, fresh off the loss of her goblin friend to a strange portal, Bernice must weigh her responsibilities as protector of Harrow County with her desire to get her companion back safe and sound. But the past weighs heavily and the fair folk use Bernice’s memories against her.

Written by Cullen Bunn with art by Tyler Crook, the Dark Horse Oversized Library Editions are definitely a must-have for those that like to have a good-looking trade on their comic book shelves. Tales from Harrow County Volume 1 arrives on October 5, 2022, with Volume 2 arriving a few weeks later on October 18, 2022. Both volumes have a $39.99 cover price.