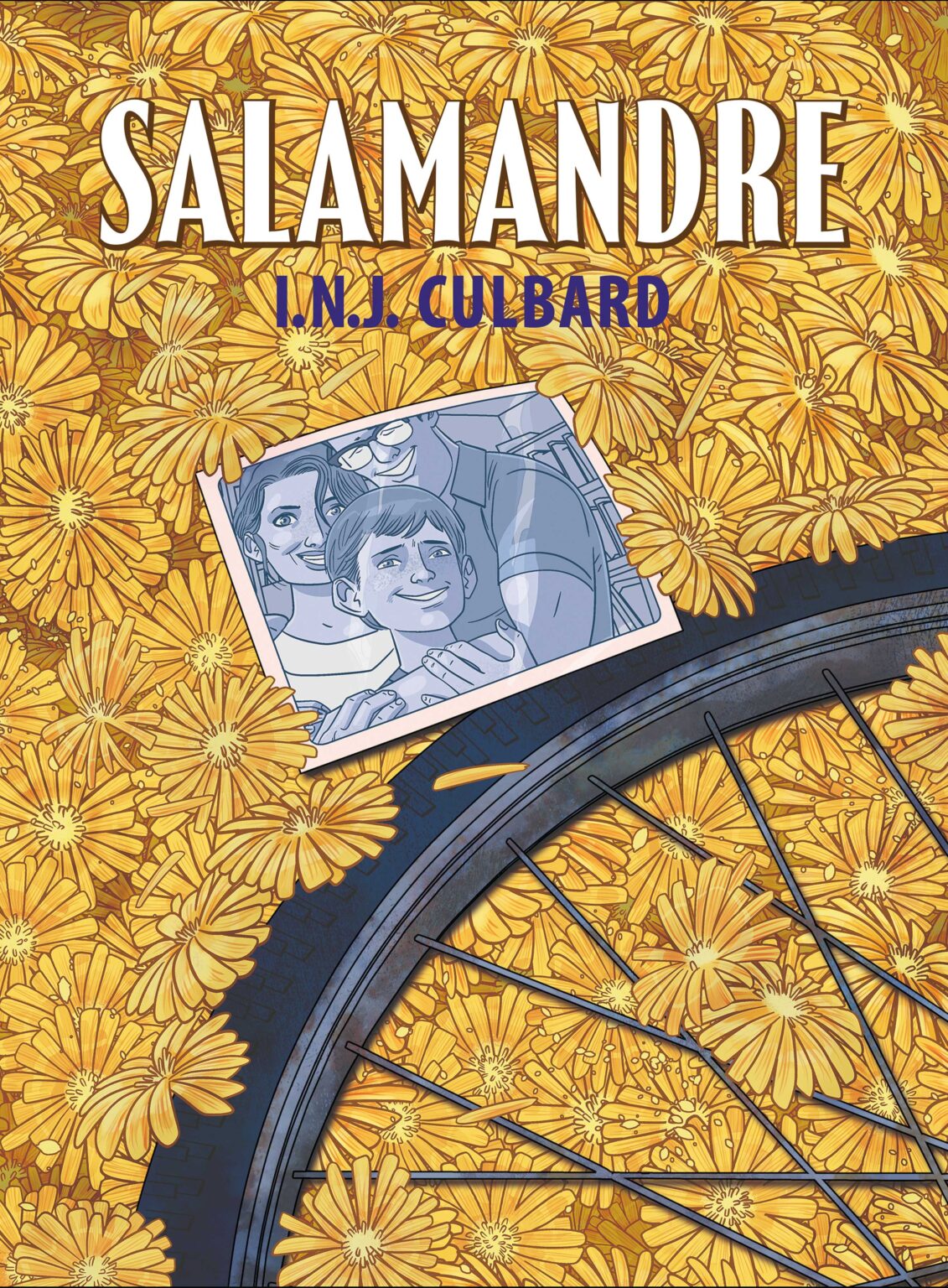 Berger Books and Dark Horse Comics are proud to present Salamandre: a uniquely evocative graphic novel about family, loss, and the freedom of art from award-winning writer and artist I.N.J. Culbard (Everything, Tales from the Umbrella Academy: You Look Like Death). Kaspar Salamandre is a bereaved young artist who is sent to stay with his enigmatic grandfather who lives behind the Iron Veil—a land lorded over by an oppressive emperor. In this foreign place where flowers are contraband, music is illegal, and art is created in hiding, Kaspar seeks to heal his grief—discovering a world of art revolutionaries, espionage, and the Secret Police—who are not what they seem.

Ultimately his search for answers brings him face to face with the meaning of sacrifice. But will anything bring him closer to overcoming his loss?

“Writing what you know is really about writing what you think you know,” said I.N.J. Culbard. “Instead of what really happened, a confabulation grows with each retelling—a story, transforming a factual truth into a universal one. I took an event from one hot summer afternoon in my own life, made it the finale and then worked backwards through my story, using the jigsaw puzzle of my own memories growing up on both sides of the Iron Curtain during the Cold War as a foundation for this world—that is a little off-kilter to our own.”

“I was blown away when I first heard I.N.J.’s thrilling graphic novel idea inspired by his unusual travels as a child,” said Karen Berger. “It has a real European comics feel—kind of like an off-beat Tintin, panoramic vistas mired by underlying political danger, sparked with dashes of wonder and the fantastic. Ultimately, it’s about perseverance of love, and the power that memory and stories have over us. It’s I.N.J. Culbard’s immense storytelling talent as never seen before and I’m so excited to be sharing it with the world.”

Salamandre deluxe softcover will be in comic shops November 2, 2022 and in bookstores November 15, 2022. It is available for pre-order on Amazon, Barnes & Noble, and at your local comic shop and bookstore. Salamandre will retail for $24.99.