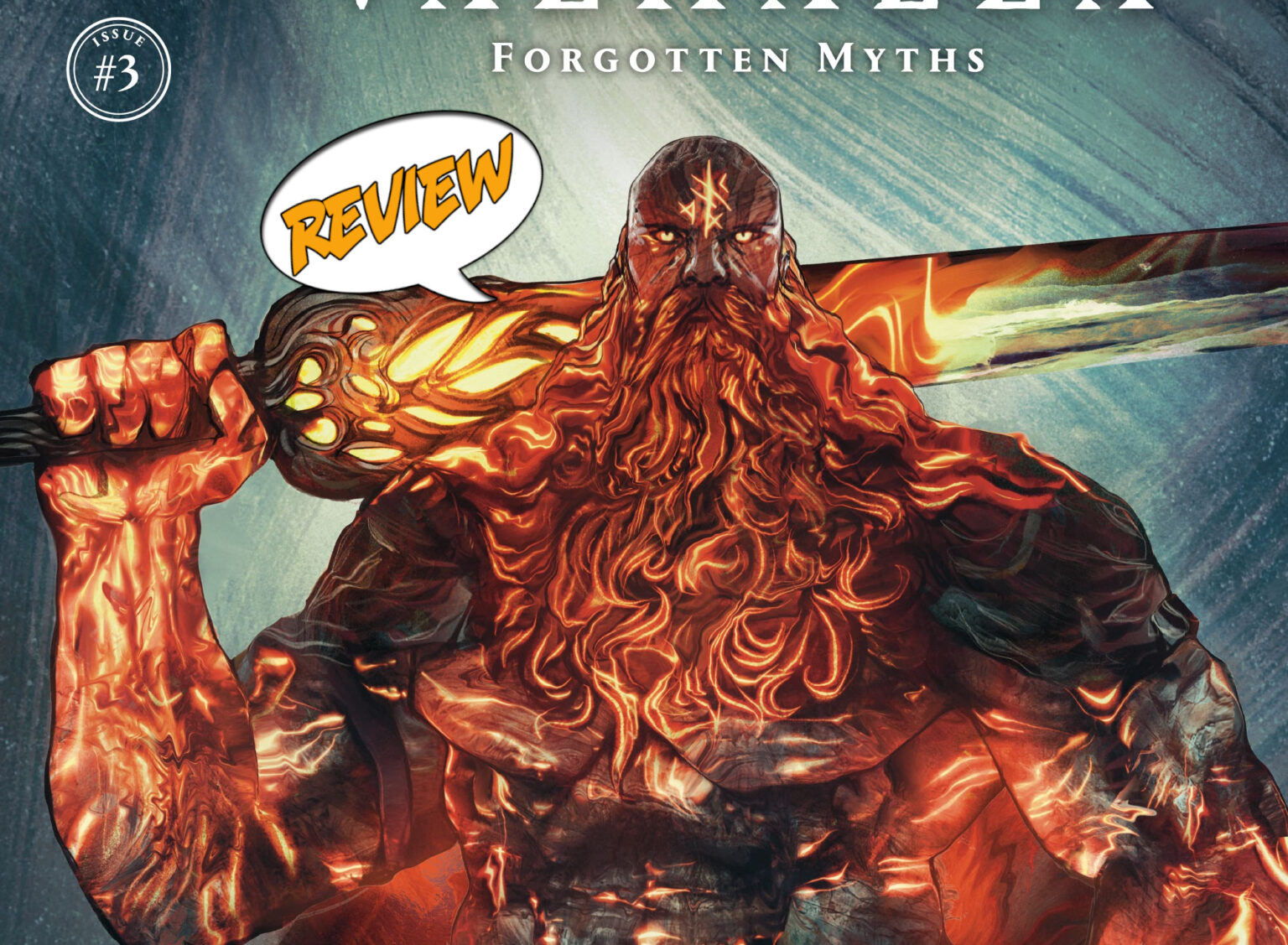 Baldr and Loki lead the dwarves against the Fire Giants! Little does Baldr know, Loki has already betrayed him. Find out more in Assassin’s Creed Valhalla: Forgotten Myths #3 by Dark Horse Comics.

Previously in Assassin’s Creed Valhalla: Baldr knows that the fire giants plan to fight all the realms. He and Loki have come up with a plan to court Eysa, the daughter of the giants’ leader, Surtr. They sent gift after gift to her and created a beautiful crown. Now Baldr leads the dwarfs to defend against the giants, while Loki is tasked with delivering the crown. However, Loki tosses the crown into the lava, dooming any chance for peace.

Assassin’s Creed Valhalla: Forgotten Myths #3 starts with Baldr leading the dwarves into battle. While he is invulnerable, his stamina has limits. In the evening, Loki and Baldr talk to the wounded dwarves and soothe them as best as possible. Baldr wakes suddenly to Eysa appearing in his room in the middle of the night. She sends she finds his gifts affectionate but suggests he leaves the dwarves to fight alone and prepare an army on the surface. The dwarves do not have the fighting power to beat Surtr.

Disregarding Eysa’s advice, Baldr and Loki head straight to fight Surtr head-on. The battle is exhausting, and Baldr uses the last of his energy to save Loki. Baldr reveals that he knew Loki betrayed him, but it didn’t stop him from trying to redeem Loki. He then passes out. Loki delivers Baldr directly to Surtr and then leaves to tell the world about Baldr’s actions, with a bit of embellishment every time.

NEW INTERPRETATIONS ON THE MYTH

I cannot determine if Baldr is dead or unconscious in Assassin’s Creed Valhalla: Forgotten Myths #3. If he is dead, it is a different interpretation of the traditional mythos, where Loki tricked someone into killing Baldr for him. I prefer the Assassin’s Creed version because it is designed for my modern sensibilities. Still, I wonder if we should be trying to reinterpret those ancient myths. Are there new stories for these old characters?

Regardless, I really enjoyed this book and the relationship between Baldr and Loki. They both tried to one-up each other, changing my perspective on the entire series. This makes me want to go back and read into the dialogue a little more and see where the mistrust began if it wasn’t always there. Great work by the creative team in designing an engaging story.

I am impressed with the quality of Assassin’s Creed Valhalla: Forgotten Myths #3. Comics based on video game properties don’t usually catch my attention. This book, though, has kept me engaged throughout its three issues. 4 out of 5 stars for this book.