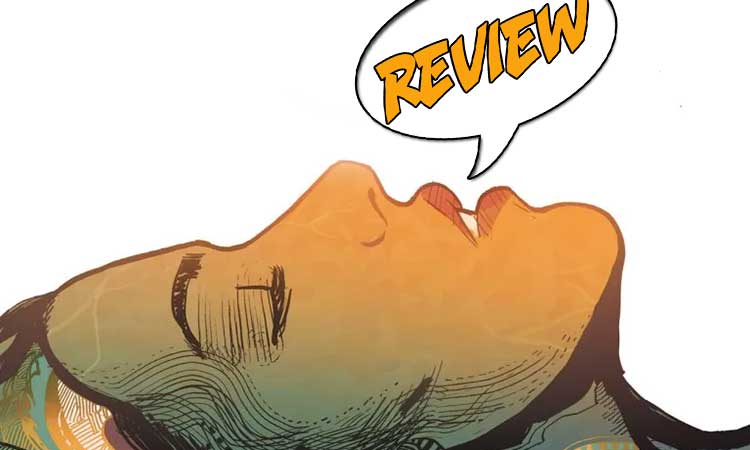 Something has crossed over, and local musician Kay will soon get to meet it face to face.  Your Major Spoilers review of Cold Iron #1, awaits!

Previously in Cold Iron: The forces of The Faerie have slipped their shackles and on the rural Isle of Man, Kay Farragher dreams of escaping her humdrum life.

‘TWAS THE NIGHT OF HOP-TU-NAA

Cold Iron #1 opens with a dark figure speaking to an audience of ghouls and monsters, claiming an accord has been broken and a woman is missing.  Things then shift to Kay, a local musician on The Isle of Man, as she sings a song about Halloween or as the locals call it, Hop-Tu-Naa, for a group of schoolchildren.  Afterwards, she heads over to her grandmother’s farm.  The two have a conversation, where her grandmother touches on the various superstitions she has and why they need to be followed on this particular night. Kay is then called by her boyfriend to pick him up from a party.  Along the way, she encounters a strange woman who claims to be fleeing from something and also seems confused by cars and solid roads.  Kay goes to investigate what could be chasing the woman, but when she discovers what it is, she too must flee.

Cold Iron #1 has some interesting things going for it.  It’s not always common to see the setting be such an important factor in a story, but here the Isle of Man feels very much to be a major part of this tale. The usage of Celtic mythology and folklore is still a relatively unique inspiration for a story and tying it specifically to the unique brand of it on this island is a good move by the creators.  Also, the characters feel real.  The slang and bits of accent thrown in here don’t feel forced or out of place and add to creating a fully-realized setting.  Where this goes wrong though, is that a lot of time is spent on creating a tone for the setting and the characters that by the time the end of this issue comes around, it feels less like a cliffhanger and more like a pause before the opening credits.  Of course, this deserves some benefit of the doubt for being the first issue of a series, but it’s hard to say that this on its own is a satisfying read.  It just lacks content.

Cold Iron #1 has a retro feel to its look that isn’t very common in most comics these days.  The art in this book acts like it knows it’s on a 2D plane, so the depth comes from expressions and effective usage of shadows and light, not an attempt to mimic 3D visuals.  Another part of the visuals that deserve mention is the panel composition.  Speaking in movie terms, there are a lot of really nice shots here that make this book feel dynamic, not necessarily a sense of motion, but the layouts are used to assist the storytelling in striking ways.

BOTTOM LINE:  A LOT OF GOOD DRESSING AND TONE SETTING, NOT A LOT HAPPENING THOUGH

Cold Iron #1 is a comic that uses its setting very well, creates interesting and fully realized characters quickly and efficiently and has a timeless look that lends itself to the subject matter and readability of the book. On the downside, none of this is really used to push the plot beyond what feels like the cold open of a TV drama.  3.5 out of 5