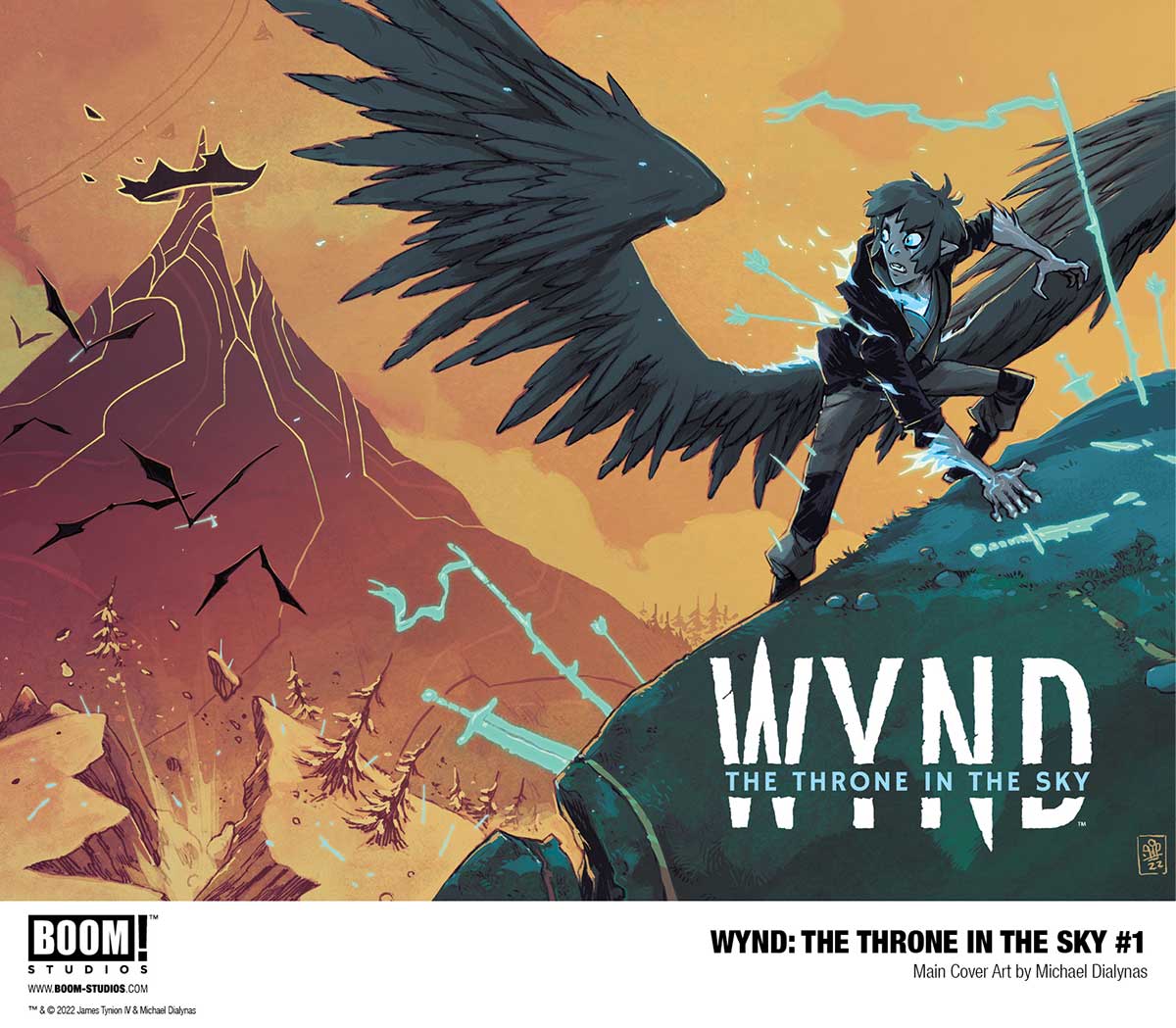 The land of Esseriel has grown darker and more dangerous, as tensions between the human and faerie realms threaten to erupt into all-out war. Could Wynd be the only hope for peace? And what will his destiny be if he truly is one of the legendary WINGED ONES? Prepare to embark on an extraordinary fantasy adventure, and discover a world of mysterious legends, ancient prophecies, and the brave heroes at the center of it all!

“WYND at its heart is about how people resist change in themselves and the world around them, and how that fear fills them with hate. It’s about how young people must navigate a world in which change is necessary, and overcome that hate to find themselves and find a path forward for their people and their world,” said Tynion IV in a press release from BOOM! Studios. “I’m absolutely thrilled to be working with Michael Dialynas to bring the Wynd saga to a whole new level. The stage has been set, the world of Esseriel is at the brink of war, and our band of teenagers are at the heart of unraveling a centuries-old mystery that could change the face of their world forever. This is where our Fantasy epic kicks into a high gear, and moves ever closer to its action-packed climax. We can’t wait for you to see what we have in store for you.”