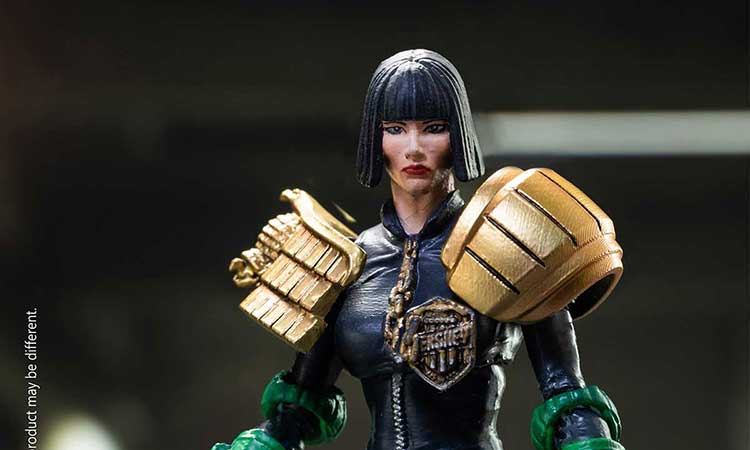 The next Judge to make their appearance in the Judge Dredd action figure line-up has been announced. Late this year, we’ll see Judge Hershey make her first action figure appearance.

Co-created by writer John Wagner (Button Man, A History of Violence) and legendary artist Brian Bolland (Batman: The Killing Joke, Camelot 3000), and immortalised by actor Diane Lane in the 1995 movie Judge Dredd, Hershey was a promising young officer when she was chosen to accompany Dredd on the hazardous Judge Child mission, and quickly proved herself to be one of Justice Department’s most able Judges. She was soon promoted through the ranks until she became Chief Judge of Mega-City One itself.

Releasing in the fourth quarter of 2022, this figure depicts Hershey as a street Judge and comes with sixteen points of articulation, a Lawgiver gun and ‘Daystick’ billy club. The figure will come shipped in an attractive protective cardboard window box.