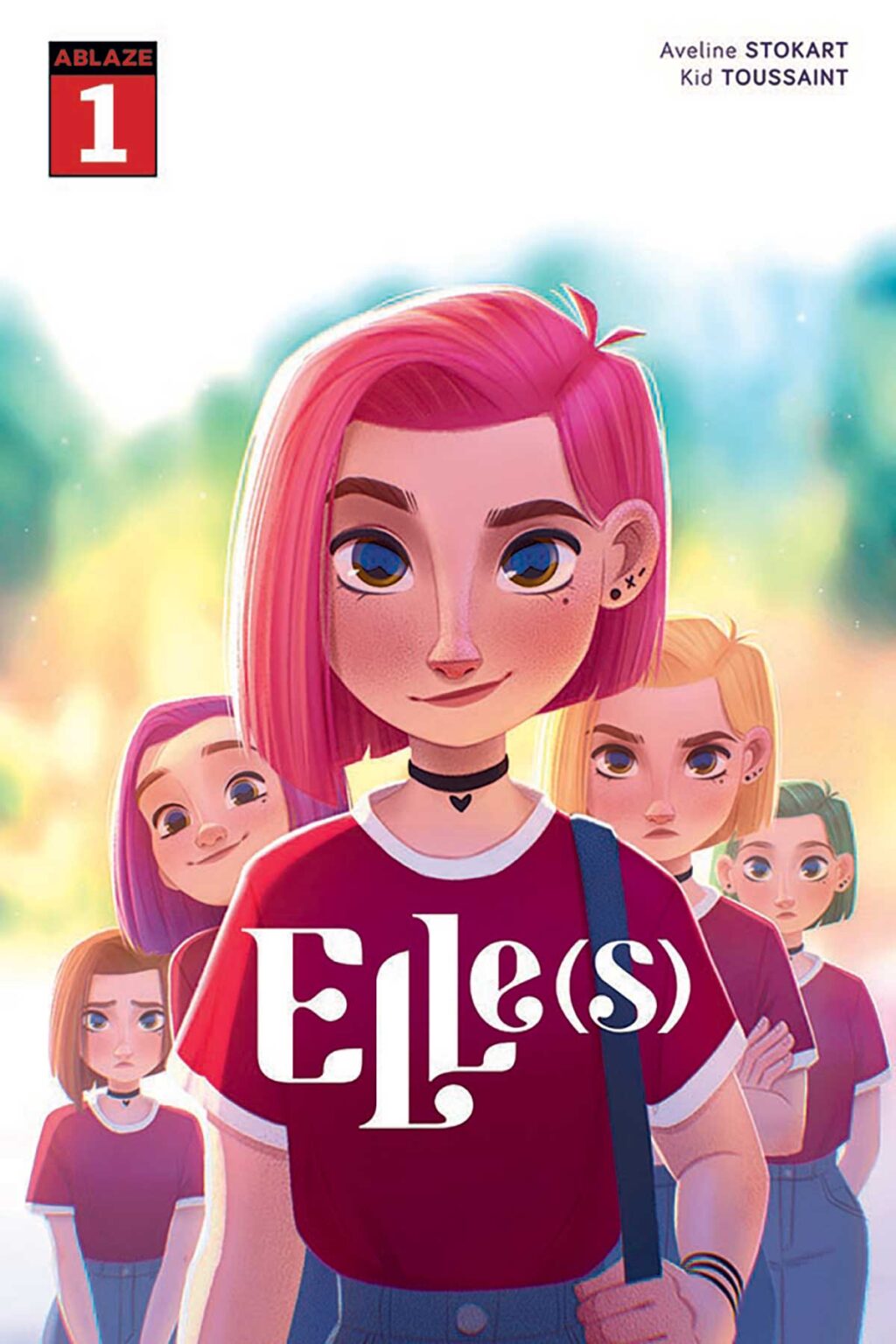 Elle is just another teenage girl…most of the time. Bubbly and good-natured, she wastes no time making friends on her first day at her new school. But Elle has a secret: she hasn’t come alone. She’s brought with her a colorful mix of personalities, which come out when she least expects it… Who is Elle, really? And will her new friends stand by her when they find out the truth? Indie Games 2 explores major developments in indie video games since 2018. Superably illustrated and documented for enthusiasts and curious gamers alike, this book gives voice to those who drive this cultural industry. Featuring exclusive interviews and more than 300 illustrations, concept art and unpublished sketches, through which the reader will get a glimpse behind the scenes and get answers from key people in the indie gaming arena. RED LIGHTNING · MSRP: $24.99 · Available August 31st
It is the morning of January 10, 2016, and thirty-year-old Samuel is ready to leave the house and live another day of his ordinary existence. As soon as he arrives on the street, he learns about David Bowie’s death. The news strikes him so hard that he is stunned, and his are not moments of bewilderment, but hours, days, years, and centuries…he finds himself catapulted across space and time.

He awakens hundreds of thousands of years later, in a society of the future—in the year 200016—not so different from his own, although he is surrounded by people dressed as dinosaurs, integrated biological technologies, and there is a global well-being. Is it perhaps the utopia of the future? Samuel will have to try to find out and find his own dimension in the process, without losing himself. JP ROTH’S THEORY OF MAGIC · MSRP: $19.99 · Available August 31st
Fall into a world of fairytales that tests all the theories of magic…in JP Roth and Sabine Rich’s Theory of Magic.

Every hundred years, a Seelie fairy must be human for three days, in that time, the Unseelie can hunt the Seelie Fey for their immortal flame, and the gods would close their eyes. A princess of firelight and next in line for the Seelie throne, Selyara is a girl who wants only freedom. Given no protection, she must face three days as a human, alone. Lavara sits on the Seelie throne as queen regent until Selyara has completed and survived her human trial. If Selyara dies, Lavara will take the throne… The book also includes a cover gallery as well as sketch and layout bonus pages, and a new cover by J Scott Campbell. The Cimmerian Vol 4 includes two complete stories, “Beyond the Black River”, and “Hour of the Dragon”, plus bonus material, including the original prose stories, in one epic hardcover collection! PROMETHEE 13:13 Issue 2 · MSRP: $3.99 · Available August 17th
Promethee 13:13 tells the thrilling fast-paced space drama leading up to the moments of September 21, 2019 at 13:13. During preparation to launch a satellite in orbit, the crew of the Atlantis is pulled off course in a way that makes them question beyond where they are being taken, but HOW they are being taken there. Back on Earth, Darla comes face to face with the people who have taken her captive, forcing her to question what is real and what is a conspiracy that will cost people their lives. BÊLIT & VALERIA: SWORDS VS. SORCERY Issue 4 · MSRP: $3.99 · Available August 24th
Robert E. Howard’s Hyborian Age is unleashed! See its true skull-cracking nature, its unrestrained blood-splattering violence, mayhem, and sexuality! Two she-pirates, one recently dead, and the other less than willing are all that stands between chaos and order.

Bêlit and Valeria take their crew across Hyperborea to stop the wizards and magicians that are threatening the realm to contact the god responsible for Bêlit’s reemergence, but the quest takes a detour when she feels the need to prove herself. And now what was an adventure may turn into a suicide mission!