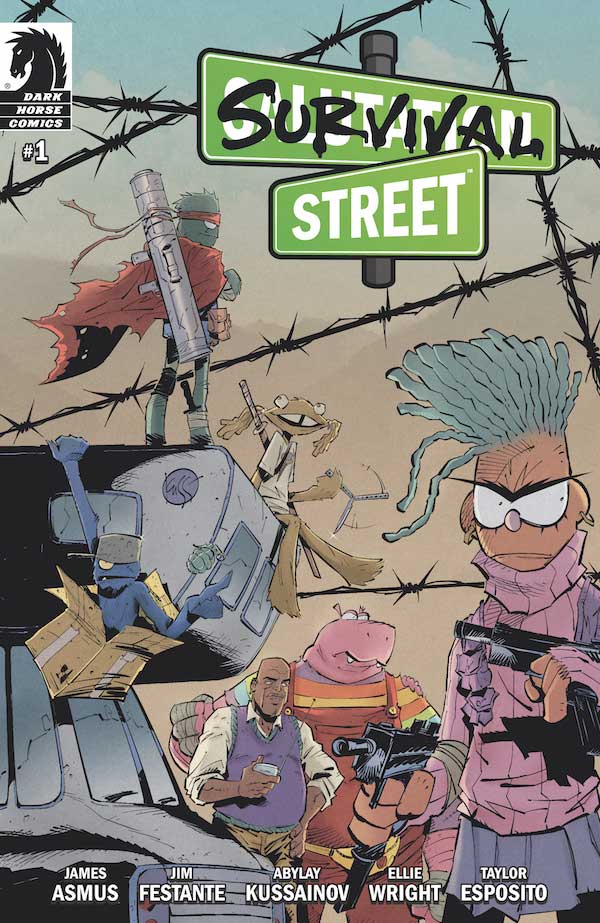 Here is how Dark Horse describes the five-issue mini-series:

After an unbridled wave of corporations take over America the country is left completely deregulated. It is effectively carved up into feudal states where billionaires and businesses make their own laws. Among the wreckage, mass privatization shuts down public broadcasting, forcing all the beloved edu-tainers out on the dirty streets. A group of them sticks together, determined to keep helping kids across the country–and to do it by becoming an A-Team-esque band of mercenaries fighting for (and educating!) kids in the crumbling, corporate war zone of New Best America.

“Survival Street originated as our personal pandemic passion project,” James Asmus said in a press release, “but once Jim and I connected with Abylay, he brought it thundering to life as the ultimate world and story to process so much of our anxieties, frustration, future shock, and gallows humor. And as a huge fan of Dark Horse’s original series since the early days of Hellboy, Sin City, Madman, and The Mask – I’m thrilled and grateful they’ve been so supportive of this wild and surprisingly personal series.”