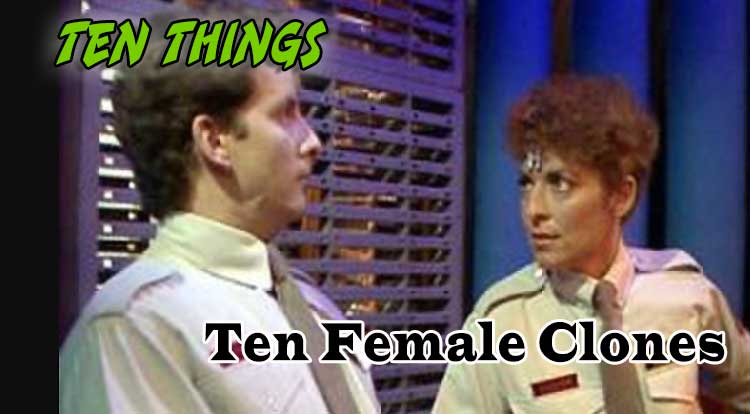 Whooshman-Bicarbonate Films, in conjunction with An Amateur Comics Historian and Dolly the Sheep, Presents: Victorian scientist and all-around cloudcuckoolander Dr. Nathanial Essex is no stranger to last-ditch gambits to prolong his existence, so when he prepared a serum of his own DNA that would overwrite someone else’s identity with his own, it was par for the course. Claudine Renko, however, was surprised when his death triggered the virus and turned her into the newest Sinister in town. As Miss Sinister, Claudine interacted with TWO sons of Wolverine, successfully manipulating Daken Akihiro into working for her, but falling prey to the claws of Jimmy Hudson, which proved fatal.

For my money, though, her nom de guerre isn’t as much fun because you can’t make it rhyme like you can MIS-ter Sin-IS-ter. Speaking of immortal world-beaters with a penchant for genetic manipulation, the DC Universe has no shortage. Ra’s al Ghul, f’rinstance, has a rapidly aged genetic “daughter” known only as Smoke. Raised in captivity and horrifically maltreated, she was given the power to turn into vapor, leading to her trademark move of solidifying her hand through an opponent’s body and killing them. She’s not the only paid killer running around with the DNA of Robin’s grampa, as League of Assassins hitters Raze and Silencer have also been infused with his genetic material, leading all to possess their forefather’s hardiness, durability, and resistance to illness/injury. Created by The Collector, an Elder of the Universe, in the hopes that the unique Rocket Raccoon would be able to reproduce for collecting purposes, Shocket is a little bit salty about her lot in life. In order to escape their cosmic creator, Shocket and her friend Linda (a clone of Howard the Duck) fled into the past with a little #TimeTravelShenanigans, eventually encountering their genetic precursors in the present. This also led to The Collector tracking both ducks and “raccoons” down, forcing Shocket and Linda to flee the 616 reality entirely.

It’s kind of a bummer, too, as that desperate act leaves her and Rocket as the only one of their species in TWO different universes.

One of a number of clones created by Vlad Masters out of the genetic material of his enemy, Danny Phantom, Dani Fenton survived where her batch-siblings did not. As the only clone to be given full intellectual capacity, Dani Phantom turned on Vlad, using the ectoplasmic “half-ghost” powers she shares with him to break free. With a little help from Danny, Dani Phantom was able to stabilize her powers and set out to walk the Earth, having adventures. According to Danny Phantom creator Butch Hartman, she eventually returned and was adopted by the Fenton family, though this was never shown on-screen before the show’s cancellation. Forcibly experimented on by the Weapon-Plus project, Charlie Cluster-7 (AKA Fantomex) had nanomachines for blood and three separate brains for parallel processing in combat. After being murdered by the Brotherhood of Evil Mutants, he was cloned back to life, with each of his brains accidentally being given their own body… out of fairness, I guess? One of him was antisocial and amoral, setting off as Weapon XIII, while Fantomex himself gained a body nearly identical to his first. Their third brain, calling herself Cluster, was placed in a female body and began a romantic relationship with Fantomex.

It’s just as disturbing as it sounds. One of nine clones of Michael “Deathblow” Cray, Genevieve Cray was also the only survivor of the experiment that birthed them all. When last seen, Genevieve had found and killed the brains behind the creation of herself and her eight brothers, escaping into the wild while International Operations wrote off the entire thing as a mistake.

When the Wildstorm Universe was made part of the New 52 in 2011, the original Deathblow was reinstated, and Genevieve has not been seen in the combined continuity. On Earth-1610, the Ultimate Universe, Peter Parker was cloned by Curt Connors and Otto Octavius, creating a horde of spider-people. One of them gained her own sentience and took the alias Jessica Drew, escaping custody with several of her counterparts. Jessica was horrified to find that she was specifically created for CIA wetworks operations, with the intention that her mind and identity would be wiped. After creating her identity as Spider-Woman, Jessica struck out on her own, eventually joining the Ultimates. Before the death of her entire world, she took the nom de guerre of Black Widow, but was last seen as Spider-Woman again during the events of Spider-Verse. Accidentally created from the genetic material of The Doctor, Jenny (short for “Generated Anomaly”) was born pre-programmed with a full suite of combat skills and reflexes. This caused some conflict with her “dad,” eventually leading to a moment where the Tenth Doctor resolves an ongoing war, only to become the target of an assassin. Jenny’s reflexes led her to step in front of the bullet, taking a fatal wound and leaving Ten to believe that his daughter was dead.

It’s only after he leaves the planet that her regeneration energies kick in.

In a nice bit of meta-casting, Jenny’s actress, Georgia Moffat is the Doctor’s daughter in reality AND in fiction, as her father is Peter Davison, the actor who played the Fifth Doctor. Georgia has since married David Tennant, the actor who played her Doctor, making it nearly impossible to talk about her episode of Doctor Who without turning into an Abbott and Costello routine. A clone of Overman, the greatest hero of Earth-10 (where the Axis won World War II), Overgirl is best known for dying all the time. With three deaths in three universes and fewer than a dozen total appearances, she’s a disturbing meta-statement about the existence of Supergirl and young female counterpart characters.

It’s quite disturbing, to be honest. First appearing in the X-Men: Evolution cartoon, Laura Kinney’s entry to the Marvel Universe was during the Jemas era and is thus both incredibly disturbing and makes no sense. Once she got past the “teen prostitute/cutter” mold she started in, Laura became one of the more interesting X-characters, eventually stepping up as Wolverine when Logan was killed in action. Most impressively, even though James Howlett has returned from the great beyond, Laura is still active as Wolverine, refusing to let anyone treat her as a dime-store version of her fast-healing dad.

Once again, this week’s topic, Ten Female Clones, is all me, but feel free to follow along @MightyKingCobra to suggest a topic of your own! There’s always more Ten Things madness on my Twitter or check out the full Twitter archive here! As with any set of like items, these aren’t meant to be hard and fast or absolutely complete, if only because I think every creator secretly wants to recapture the magic of Mary Marvel. Either way, the comments section is below for just such an emergency, but, as always: Please, no wagering!