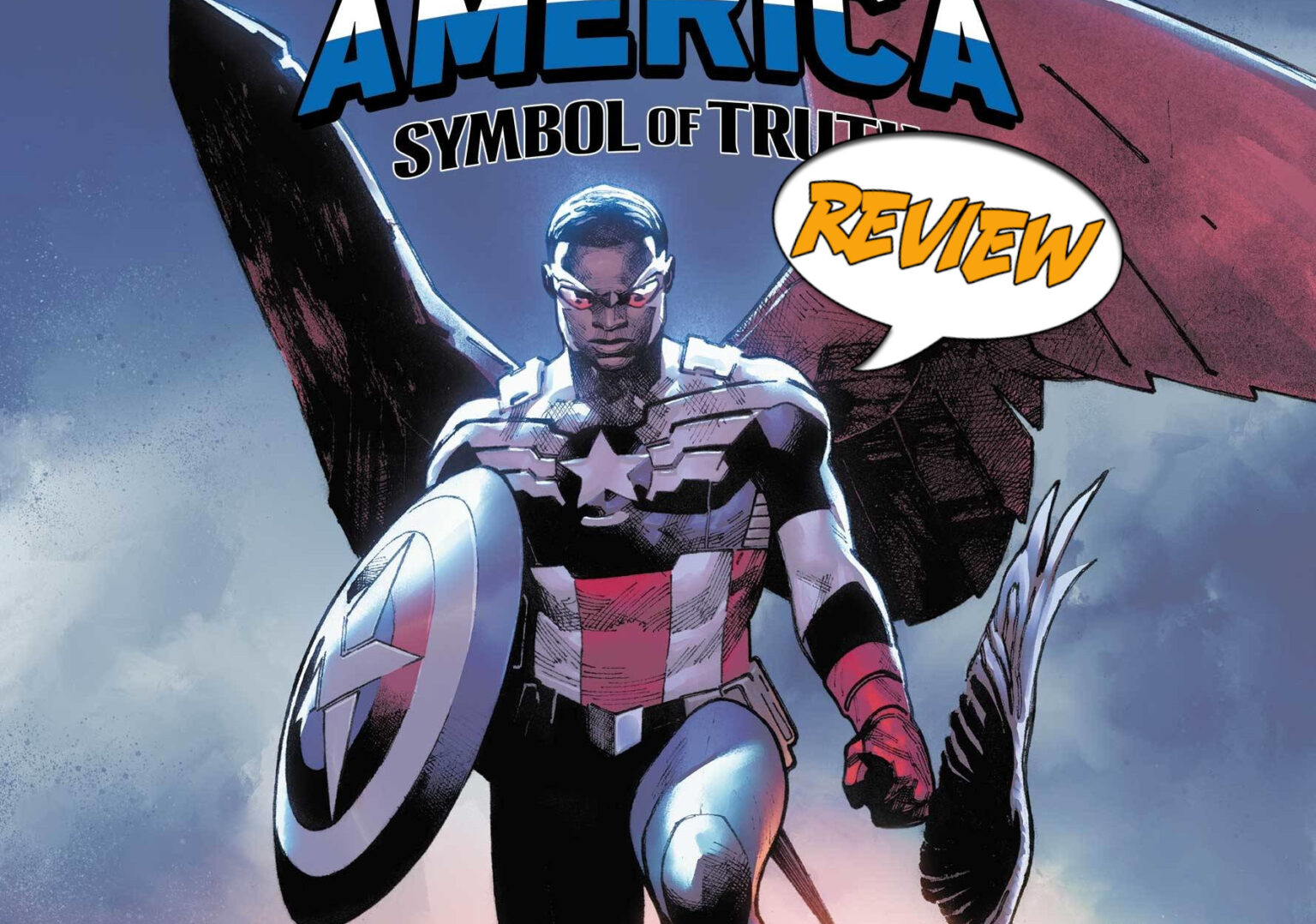 Previously in Captain America: Sam Wilson was a social worker before getting high-tech wings and the ability to communicate with birds. Now, he has inherited the mantle and shield from Captain America and is here to fight the good fight.

Captain America: Symbol of Truth #1 starts with Captain America and Falcon, Joaquin Torres, chasing down a train. Misty Knight gave Sam this lead, who claims there is super-soldier serum on this train. The duo is attacked by highly trained men with deadly weapons. After a fight sequence and an incoming missile, Falcon notices that there isn’t any cargo on the train. Falcon opens part of the train and sees his cousin from Mexico and a few other people. Once everyone is safe, Falcon ensures that his cousin isn’t taken to an immigration center. At the same time, Captain America tries to figure out what went wrong with Misty Knight’s intel.

Elsewhere, the White Wolf visits an inmate and hires Crossbones to kill Captain America and topple a country.

The first thing I noticed was how beautiful the art is in Captain America: Symbol of Truth #1. I found each page captivating, and I think it has to do with how well the characters pop out of the background. There is something eye-catching with how defined these heroes are amidst all the chaos. The colorist did an excellent job sharing the colors to provide even more dynamic contrast.

The writing, though, was a little slow for me. I’m not even confident I understand the hook. Captain America and Falcon protected a train that was being attacked but didn’t have any cargo. That is what I am supposed to be interested in. Instead, I found more interest in the immigration storyline and Joaquin’s family. Maybe it is because I don’t really have a clear antagonist yet. White Wolf only came into the picture as an epilogue to the issue, but that doesn’t retroactively grab my interest.

Captain America: Symbol of Truth #1 has vivid imagery and dynamic action but didn't hook me into the plot.