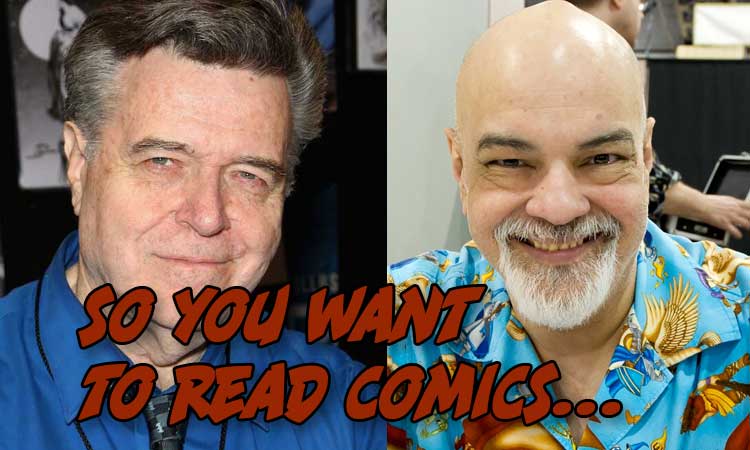 So You Want To Read Comics: Legendary Edition

This week we’re paying our respects with “So You Want To Read Comics”.  This is our weekly feature where we take a look at a single topic or genre, then offer up two comic book recommendations, perfect for new readers, based on that topic or genre.  This week we’re taking a look at the legendary works of Neal Adams and George Perez.

The comic book world has lost two legendary creators within the last two weeks: Comic book artists Neal Adams and George Perez.  Neal Adams worked had a decades-long career starting in the 60s and going all the way to 2021. His most notable work was during his time with DC where he had historic runs on Batman where he helped create characters like Man-Bat and Ra’s Al-Ghul and his time working On Green Lantern/Green Arrow, where he helped usher in a new age of socially relevant comics that touched on serious topics not often broached in the comic book world as well as creating John Stewart.  Some of his most impactful work would come in the field of creator’s rights, which he championed his whole career.

George Perez was an illustrator who came to popularity in the 1970s and remained a household name in the comic book industry until his passing.  The amount of notable and historic works he helped create, for both DC and Marvel, would create a list miles long.  Most notably he worked on Crisis On Infinite Earths, one of the most important events in comics history that not only shaped the continuity of DC at the time, but laid the blueprint for most major event comics for decades.  George Perez has worked either as an artist or a writer on nearly every major character for both DC and Marvel, with his contributions still being influential in how these characters look or are written, to this day.

For someone new to comics, there’s no better entry than through the works of these two creators.  Here are a couple of suggestions of where to start.

This may come as somewhat of a surprise, but there was a long period of time when The Joker did not have the constant presence status that he currently holds in the Batman mythos.  Before this issue, the character had been going through quite a long hiatus, but that all changes with this issue, wh.  But not only does he return, but he also comes back with a more sinister tone than before and a knack for violence that would become one of his defining features ever since. It was Adams’s art here that really showed this though, with the Joker looking especially unhinged and dangerous. In fact, this issue helped shift the relationship between Batman and many of his usual villains, shifting from the more basic good guy vs. bad guy relationship to a more psychological-based relationship.

After the events of Crisis on Infinite Earths (which Perez also helped create), it was time to re-introduce many characters to readers and bring their stories into the (then) modern-day.  It was George Perez who was given the chance to helm Wonder Woman and he rose to the occasion.  It was under George’s care that Wonder Woman’s Greek and Mythological roots were expanded on, a take that is still being used to this day.  Also, it was during his run that Wonder Woman’s status was raised to bring her in line with Batman and Superman to truly create The Trinity which is held in such high esteem.

What are some of your favorite comics from these two legends?  Let us know in the comments section below.