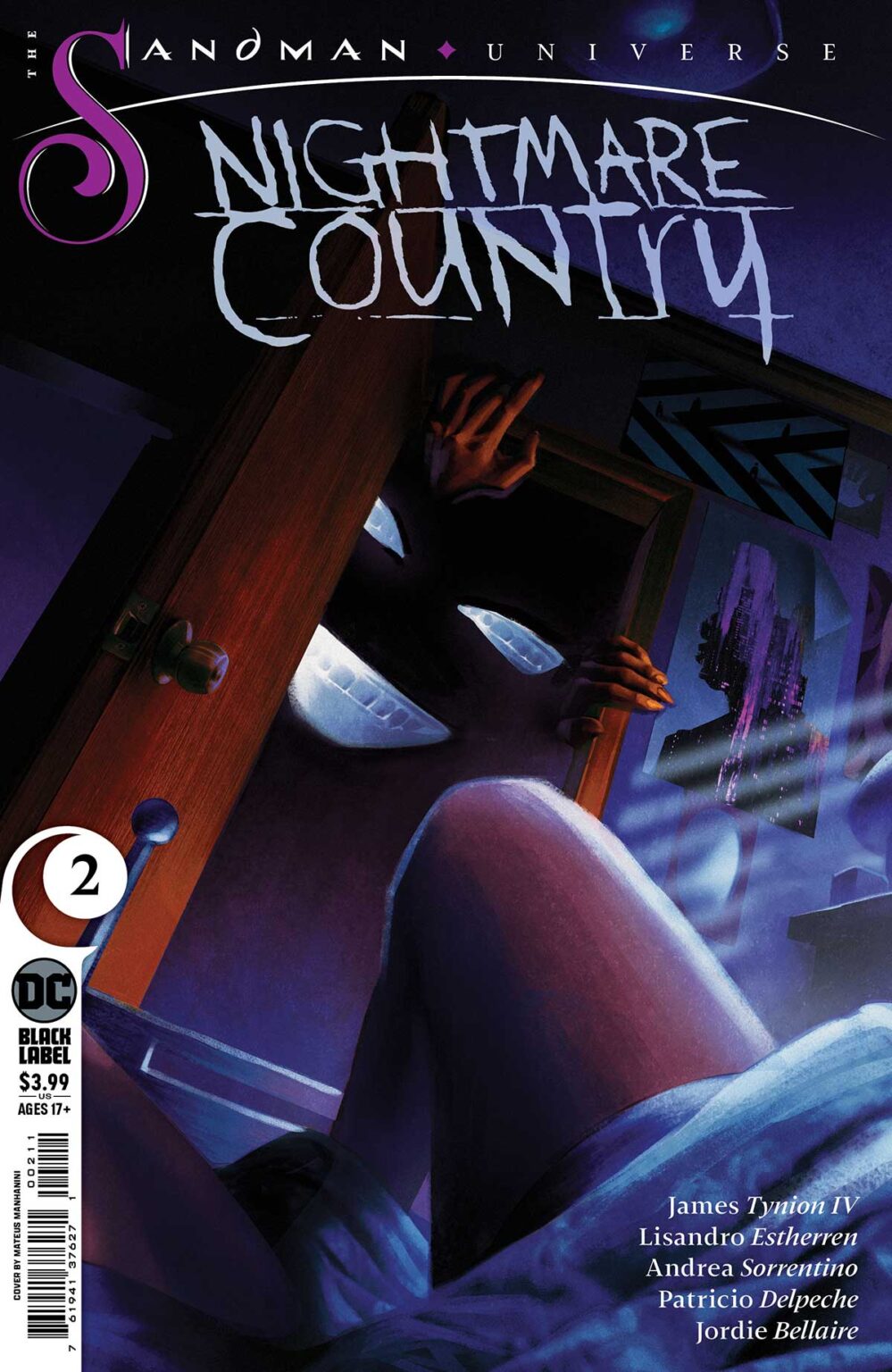 THE SANDMAN UNIVERSE: NIGHTMARE COUNTRY #2
Written by JAMES TYNION IV
Art by LISANDRO ESTHERREN and CHRISTIAN WARD
Cover by MATEUS MANHANINI
Variant cover by CHRISTIAN WARD
1:25 variant cover by YASMINE PUTRI
$3.99 US | 32 pages | Variant $4.99 US (card stock)
ON SALE 5/10/22
17+
With the Corinthian loose in the waking world, it’s no surprise that people are turning up dead…although this time, they’re not the nightmare’s doing. (Well, most of them.) The Corinthian is following a trail of bodies to the mysterious Mr. agony and Mr. ecstasy…but what’s their game? And even more pressing—whose tracks are they trying to cover?