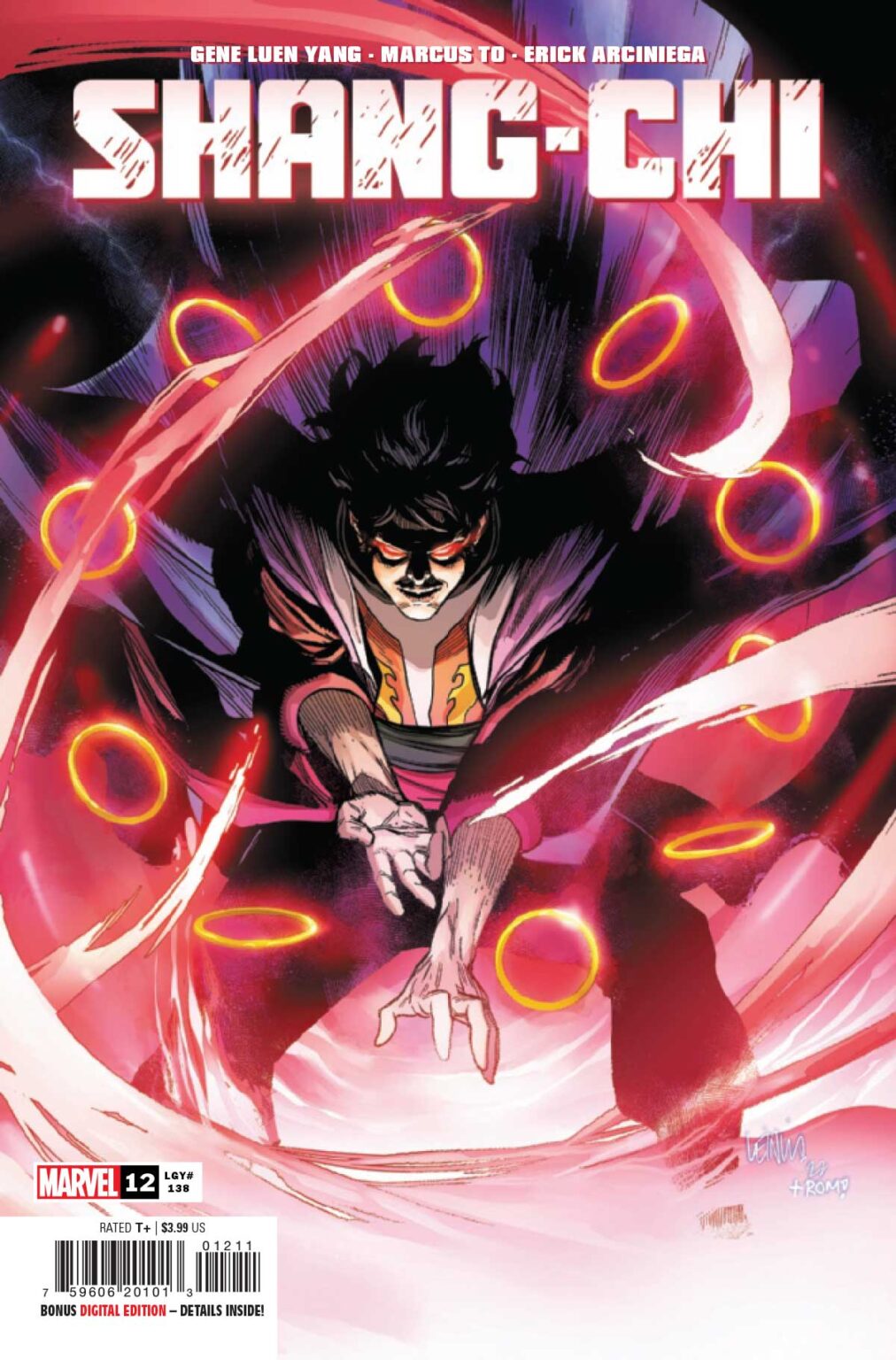 SHANG-CHI #12
GENE LUEN YANG (W) • MARCUS TO (A) Cover by LEINIL FRANCIS YU
SKRULL VARIANT COVER BY RON LIM • AAPI HERITAGE VARIANT COVER BY DIKE RUAN
VARIANT COVER BY TBA
THE POWER OF THE TEN RINGS UNLEASHED!
• Earth is under attack from Shang-Chi’s grandfather and the forces of Ta Lo!
• To save his world, Shang-Chi must succumb to his late father’s wishes and inherit the deadly Ten Rings.
• But will he be able to wield its power, or will its temptations be too much?
32 PGS./Rated T+ …$3.99